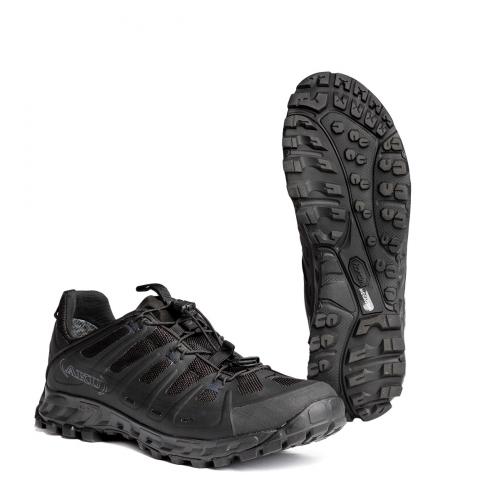 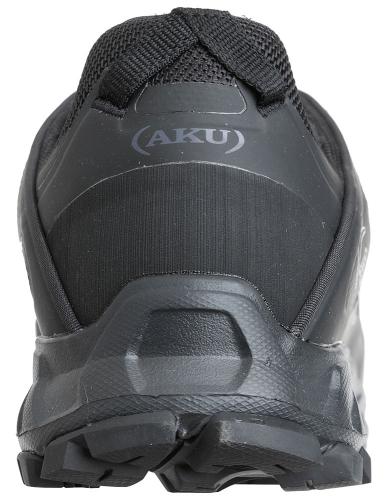 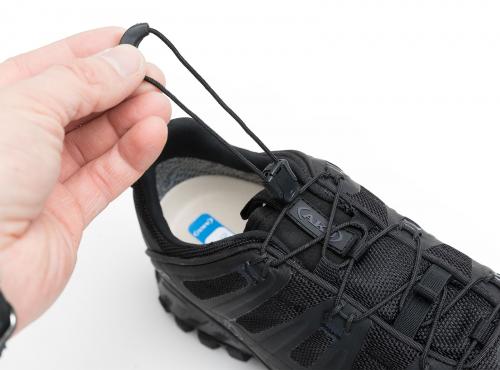 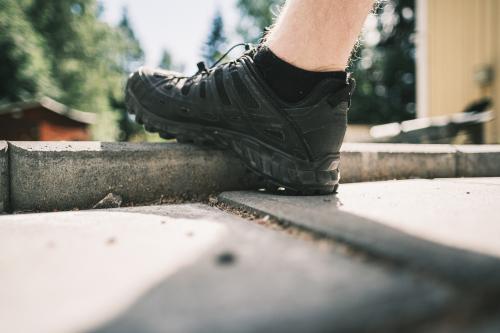 Footwear designed for the urgent intervention forces and for multi-terrain activities, perfect for moving quickly in total comfort. Super lightweight, breathable and dynamic support in the shoe upper and sole, the former bearing ribs that are pre-treated in PU protection, which eliminates stitching. 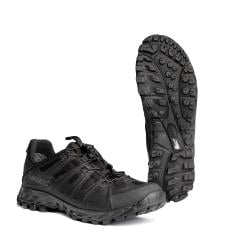 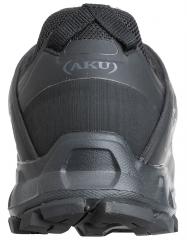 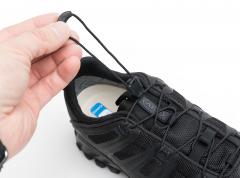 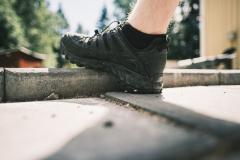 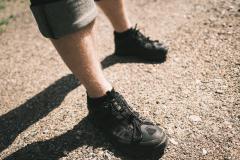 Footwear designed for the urgent intervention forces and for multi-terrain activities, perfect for moving quickly in total comfort. Super lightweight, breathable and dynamic support in the shoe upper and sole, the former bearing ribs that are pre-treated in PU protection, which eliminates stitching.

The key points of the Selvatica are the Air 8000, Elica Natural Stride System, and Vibram Megagrip technologies. Buzzwords aside, here's what they mean:

The number means 8000 grams of vapor permeability per one square meter in 24 hours, which is up to 11 times more than ordinary footwear with a waterproof membrane. This has been achieved with hydrophobic materials throughout the top: the materials don't get soaked which would lead to loss of breathability. Instead, they transfer the moisture to the outer surfaces and away from the shoe. Also, the glue between laminated layers is web-like instead of an even layer that would block the functionality.

TL;DR - these shoes are much more breathable than other waterproof shoes you've tried.

The Elica NSS construction is based on varying thicknesses of the midsoles to account for the natural inclination of the heel and forefoot. The upper midsole is softer for cushioning and the lower midsole is firm for support. When landing on the heel, the outer side has thicker cushioning and thinner support layers. When pushing forward, the sides are reversed and the ball of the foot is on the softer area. This improves weight distribution and the economy of movement. The outsole follows the same principle: the heel is inclined and enlarged for landing and the ball of the foot has an aggressive thread on the inner side.

TL;DR - these shoes avoid pressure points to keep your feet happier while saving energy to keep you walking longer.

This is a special compound developed for dry and wet surfaces. The outsole has been developed with a focus on real-life conditions and feedback rather than artificial lab contraptions. The result is a stable all-around grip well worth the reputation of industry-leading Vibram.

TL;DR - more traction than others.

In a perfect world, you'd let your boots dry for 24 hours with the insoles and laces removed after using them. Your footwear will last longer and work better if you alternate between pairs. Obviously, don't take this too literally and use common sense applied to your situation.

This shoe fits weird. It's narrow up front but real wide out back around the ankle. Adjusting didn't really fix this for me. Also They run small because I even went a size up and they still pinch my toes a bit. Also it is a magnet for dirt, especially bits of autumn leaves. These bits of leaves started trying to turn the shoes orange because they stuck to it and had to be washed off. Otherwise it's a good shoe. Very grippy, good foot mobility, and I like the drawstring in favor of shoelaces. The drawstring makes it easy to slip on and off.
0