Kevo Canyon as a Kebnekaise rebound


Me and my buddy started the car on 23th SEP at 1700 hours from Hyvinkää, South Finland. The original destination, North Sweden and Kebnekaise, switched en route to Kevo canyon in Utsjoki, Finland. Winter had come early to the Kebnekaise massif and cut all coach connections and brought the tourist season at Nikkaluokta-Abisko to an end on that very same day.

I have been to both places during the years, so I knew fairly well what to expect. The most important thing was to get some spiritual rest to balance the hustle and rush back south.

From an overnight road-trip to hiking

The first setback didn't put us down, but we headed from Tornio towards Utsjoki with high spirits. We arrived at 9:30 in the morning, left our mountaineering gear in the car at Sulaoja parking lot and decided to keep rolling to Geavvogeasladdot camping area. First, a beer was in order.

The Kevo canyon is unique in Finland: a 40 km (25 miles) long and up to 80 m (260 feet) deep gorge. As expected, it's a protected area: setting up camp is only allowed in designated areas, and only marked trails should be used for hiking.

We finished the first leg in the afternoon without taking much of a break. We pitched tents, stuffed our faces and took a short nap. I woke up with a startle as someone walked past my tent with pans and dangle cups rattling. A post-nap beer was in order and then some sitting by the campfire. 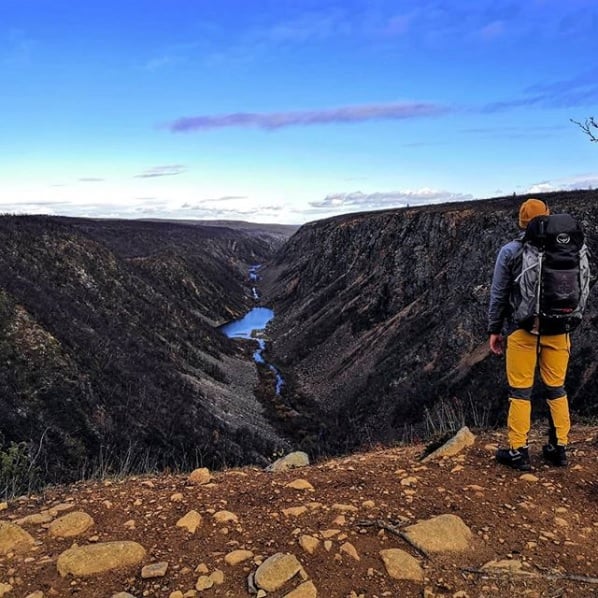 Before reaching the falls we had a spectacular view of the whole canyon.

Our beverage selection was a sixpack of the cheapest lager for each, and 0,75 litres (25 oz.) of rum and gin. The evening was fruitful and when I woke up in the small hours as my white tent was glowing green. Before completely waking up I was sure UFO's had come to abduct me. Outside I was presented with beautiful natural fireworks as the Northern Lights were dancing across the sky. The day trip was 15 km (9.2 miles).

We woke up early on the 24th. After breakfast my body was aching for a beer, which my buddy luckily offered to me from his stash. Then we continued towards Fiellu falls, which is 26 metres (85 ft) high. Before reaching the falls we had a spectacular view of the whole canyon as we stepped out of some arctic downy birches. 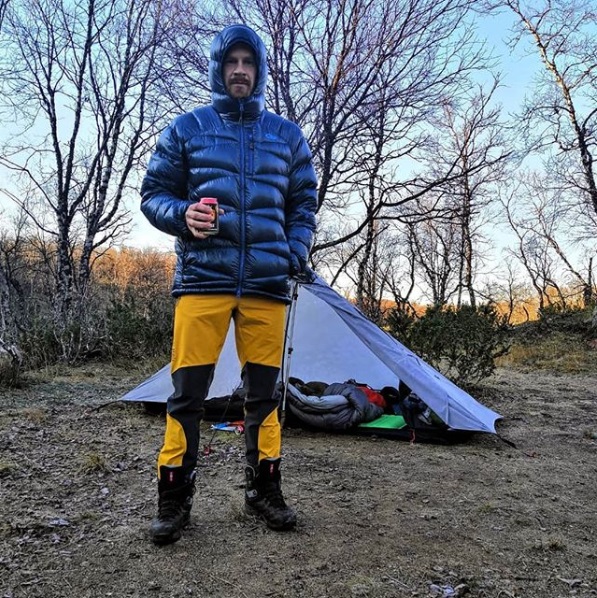 The trail follows the ledge of the canyon for a few kilometres before descending to the Fiellu falls. Before reaching the falls there's a small river to cross: boots off it is! The atmosphere is rather magical among peat goahti and the roar and mist from the falls.

Time to pitch the tents, finish the gin and call it a night. The distance of the day was another 15 km (9.2 miles).

We woke up on the 25th to a cold morning with the temperature below freezing: Winter was coming. After taking down the camp and packing everything we put some power-snus under the lip and started hiking towards the Kuivi hut. 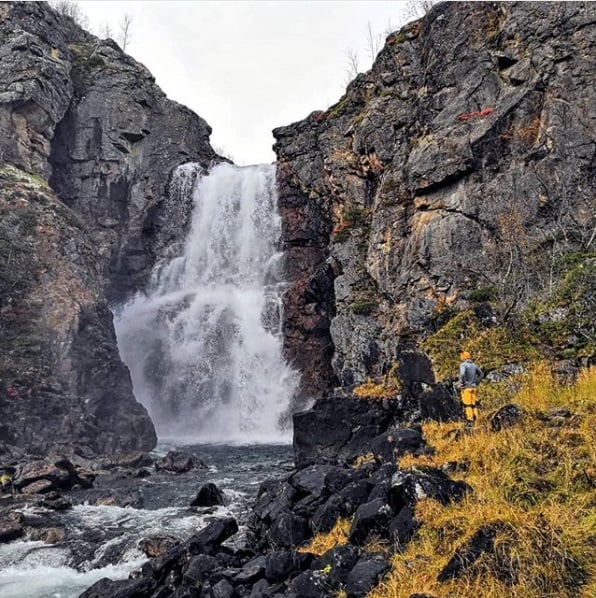 The Fiellu falls creates a magical atmosphere in its surroundings.

Due to zippy feet we reached the Kuivi hut ahead of schedule. After a lunch break we decided to continue down from the fell, because the ground was getting covered with snow. We intended to spend the night at Aku goahti, but it was occupied by two gentlemen already and space was limited. The decision to spend the night indoors with a warm stove had been made earlier, so we kept going to Njagoaivi hut.

As the sun set we reached the hut and found the stove to be warm already, as a lone wanderer had arrived earlier to warm up indoors. After a big supper we'd have a nice sleep in a warm hut. The day trip was 30.5 km or 19 miles.

The last day started on the 26th at 0700 hours and would consist of a short descent from the fell and a 12 km (7.5 mile) leg on a ridge between two lakes, the same trail we had walked to reach the canyon. We marched quick time to the car, but not before making a small hook to visit the largest fountain in Finland, where we replenished our water. The day distance was 18 km (11 miles) and we headed straight south. 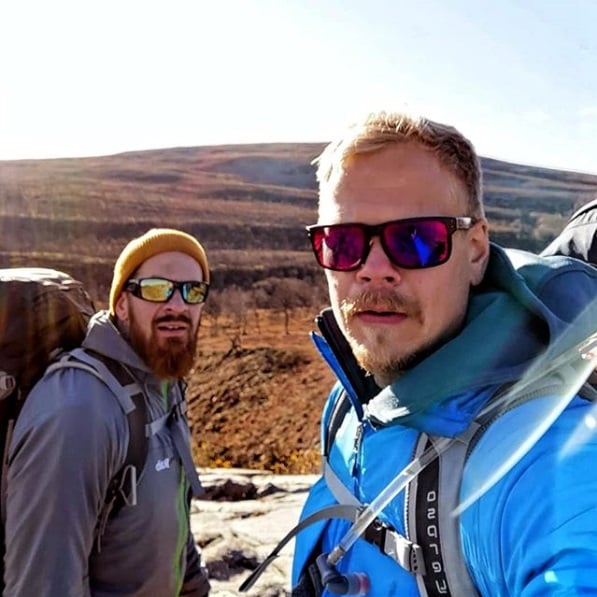 The landscapes on this trail are varying.

I recommend the Kuivi ring trail to anyone regardless of age or experience. It's well marked and there are lots of huts, goahti, outhouses as well as campfire and tent spots on the way. The trail is not as demanding as many would have you to believe, and the beautiful and varying landscapes make you forget about being a bit tired.

Särmä Merino Watch Cap
26.99 USD
Standard woolly cap engineered to its full potential. Superb fit, uncompromising workmanship and the best possible materials don't come cheap but this one should last for a lifetime, provided you don't lose it. 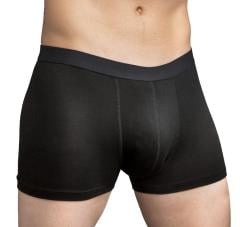 Särmä Viscose Boxers
14.99 USD
Proper good boxer shorts for an affordable price - these are more like the Common Man version of the Merino wool model we also sell. Being made of viscose, these have sort of poor man's versions of many of the good characteristics of wool. Hey, still beats cotton! 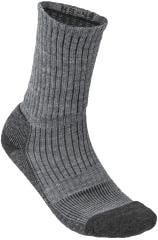 Särmä Hiking Socks, Merino Wool
17.99 USD
Anatomically designed hiking socks for demanding users and people who appreciate extra comfort in everyday life. Särmä Hiking Socks are made of lofty knit, moisture-wicking and have a proper fit to prevent blisters and keep you walking all day.

Särmä TST L3 Loft Pants
109.99 USD
Very lightweight and packable loft pants for thermal insulation. Lightweight and breathable polyamide with Climashield continuous fiber filament insulation. A fantastic little bundle of warmth and happiness, this is something you want to bring with you wherever you go.
Webshop by Lillhonga.fi