We got a hot tip from the Korpimiehet that there has typically been some kind of shooting mission during the march, and possibly some kind of "force on force"-type of operation. We were quite keen on this, so we decided to organize some more weapons and shooting training for our patrol.

We got a proper hardcore instructor - Jari Pihlajamäki, Infinity Tactics' (Infinity Tactics homepage, Facebook, Instagram) head instructor here in Finland. Jari has a strong weapons background, with experience from the more official side of things as well as competitive shooting.

The training was great for teaching and refining the basics. We practiced the basics of safe weapon handling, readying the weapon, and good firing positions and the best ways to hold the weapon. After this we progressed towards various handling drills and firing positions.

Shooting is quite interesting - the actual act is quite simple, but it is by no means easy. Jari was able to successfully instruct us well enough that in the end the members of our patrol started to improve their weapon handling confidence and our shot grouping got tighter and tighter. If you're ever given the chance then you should definitely join in on an Infinity Tactics course. In our opinion it was proper 5/5.

Our training is done, and the only thing left is the event itself. Our patrol's attitude throughout the training sessions has been good, and we're hungry for a win. Total World Domination! See you at the march... 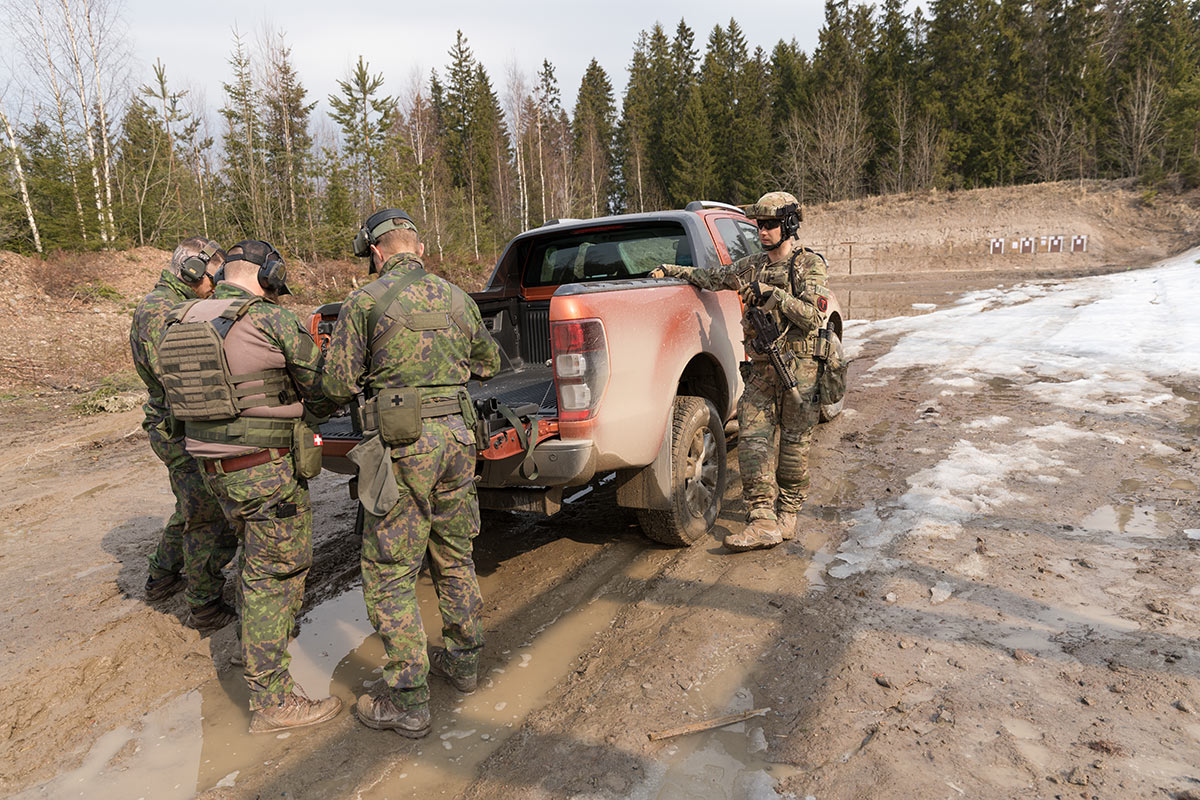 Loading up. The targets are set up against the embankment. 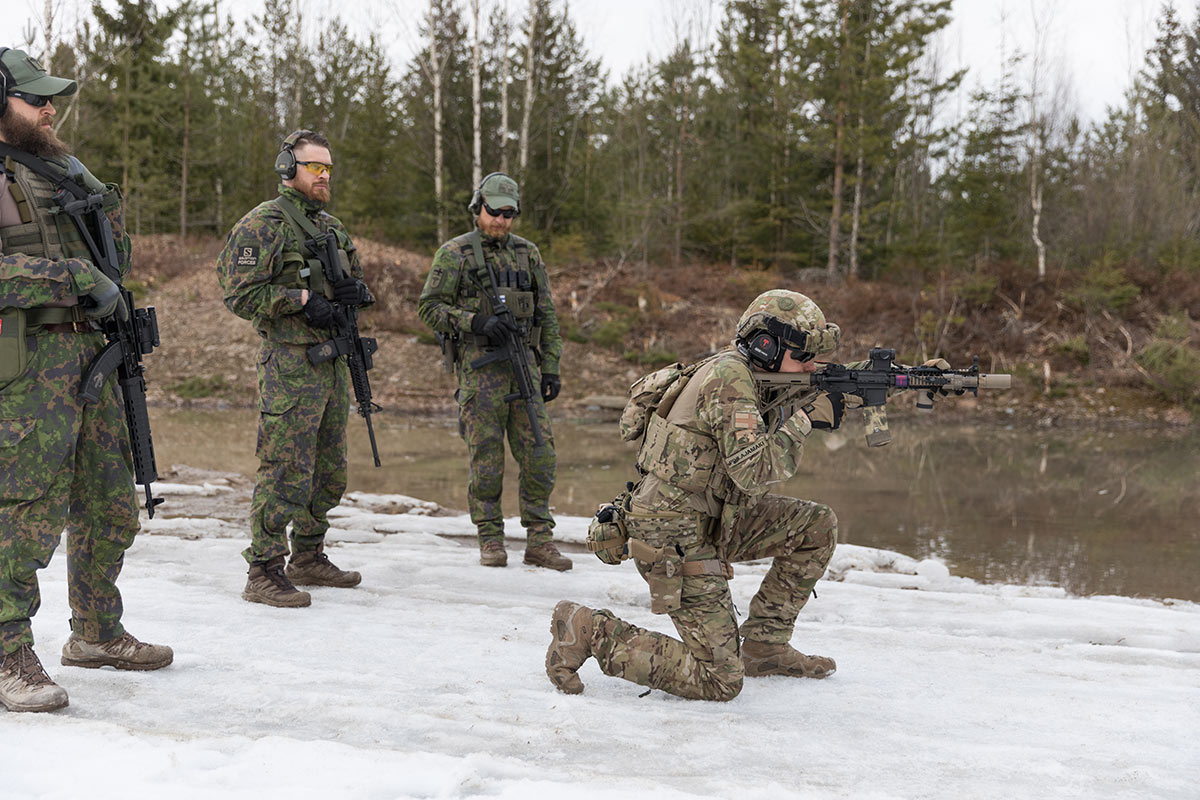 Jari shows the firing position from the knee and how to get into the position. In the background the 150 m range pond. 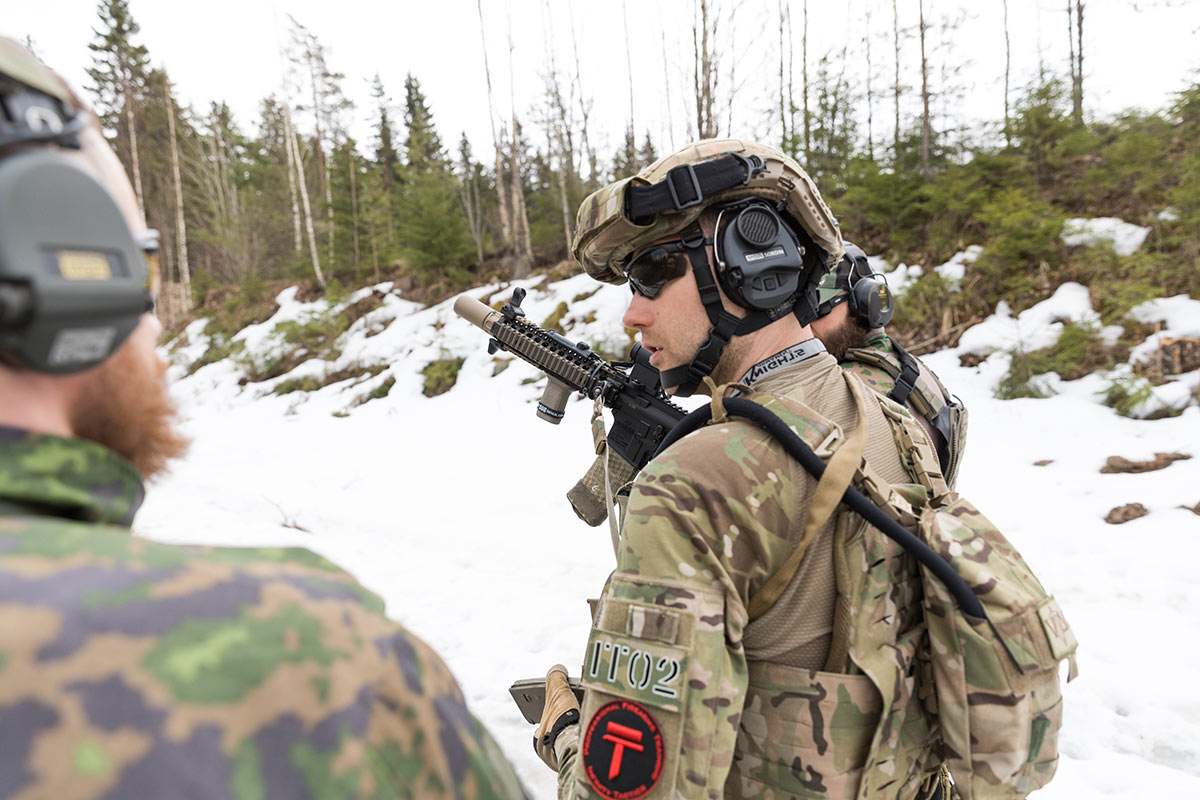 Jari tells about the basics of emergency magazine changes. 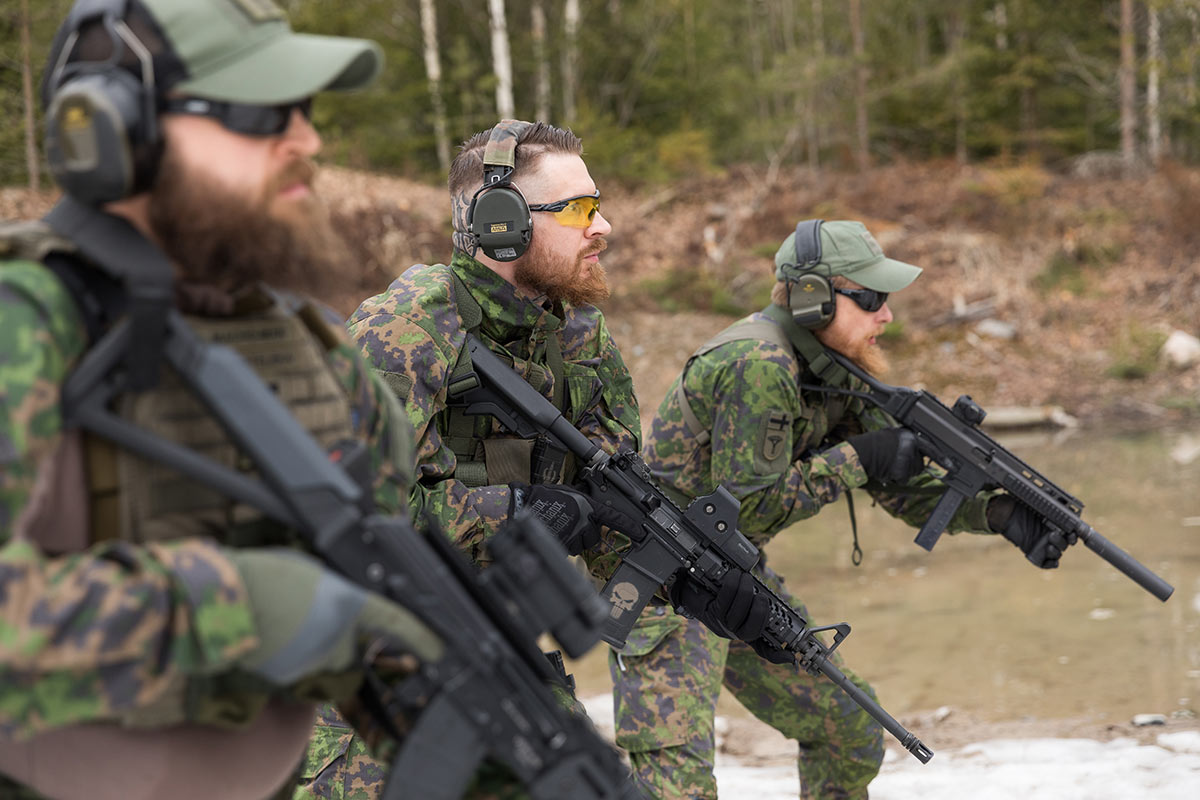 Weapons hot, ready for some pewpew! 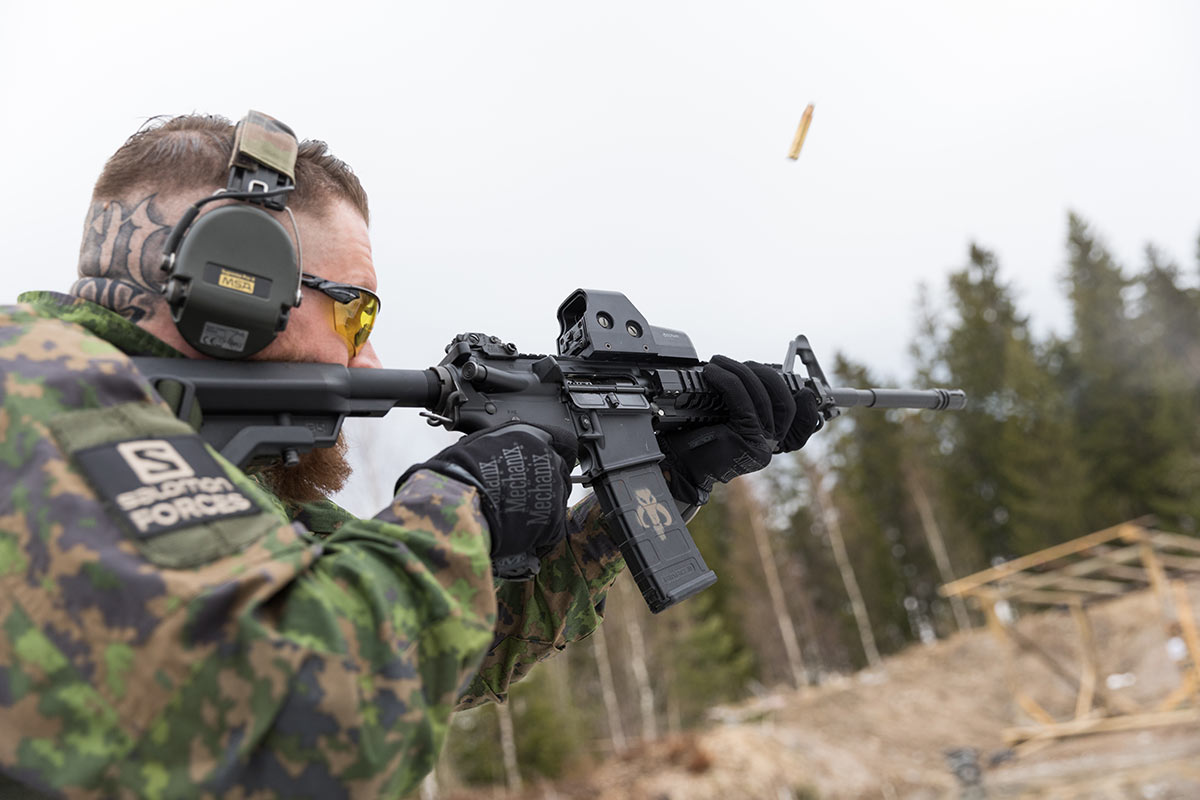 Mörkö takes a shot from the ready position. 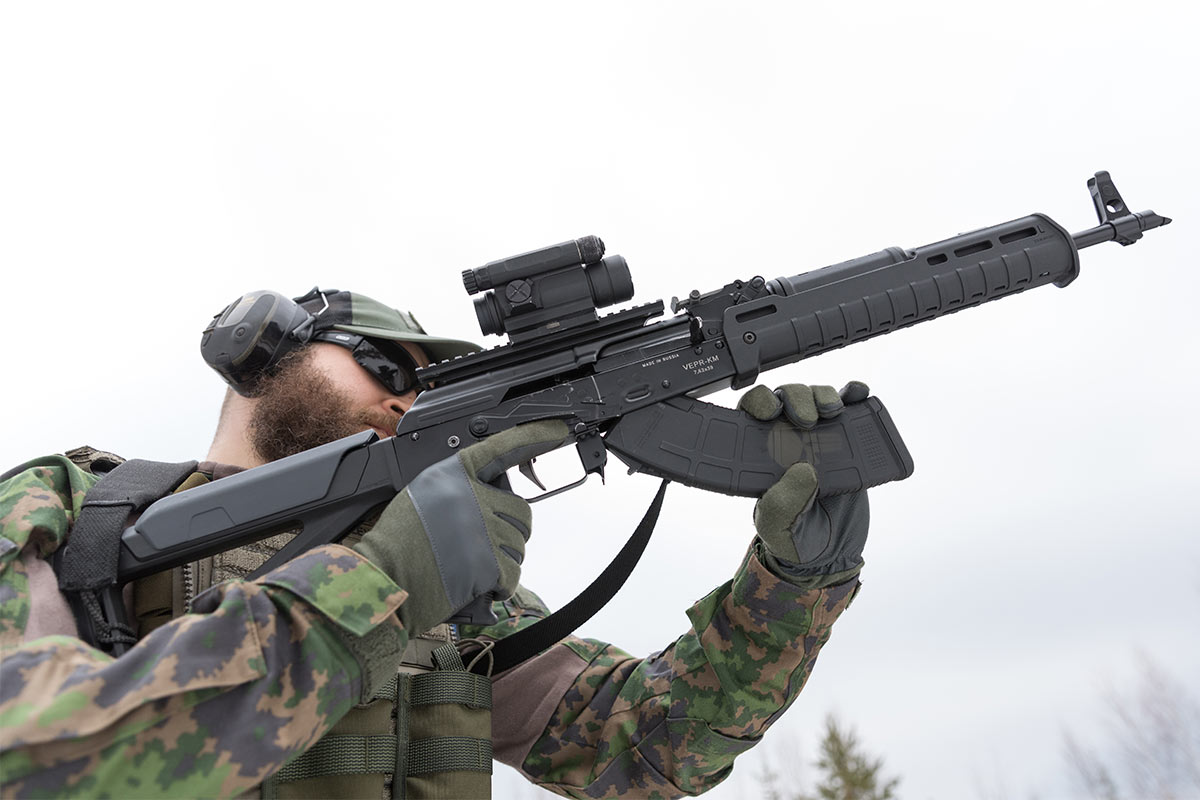 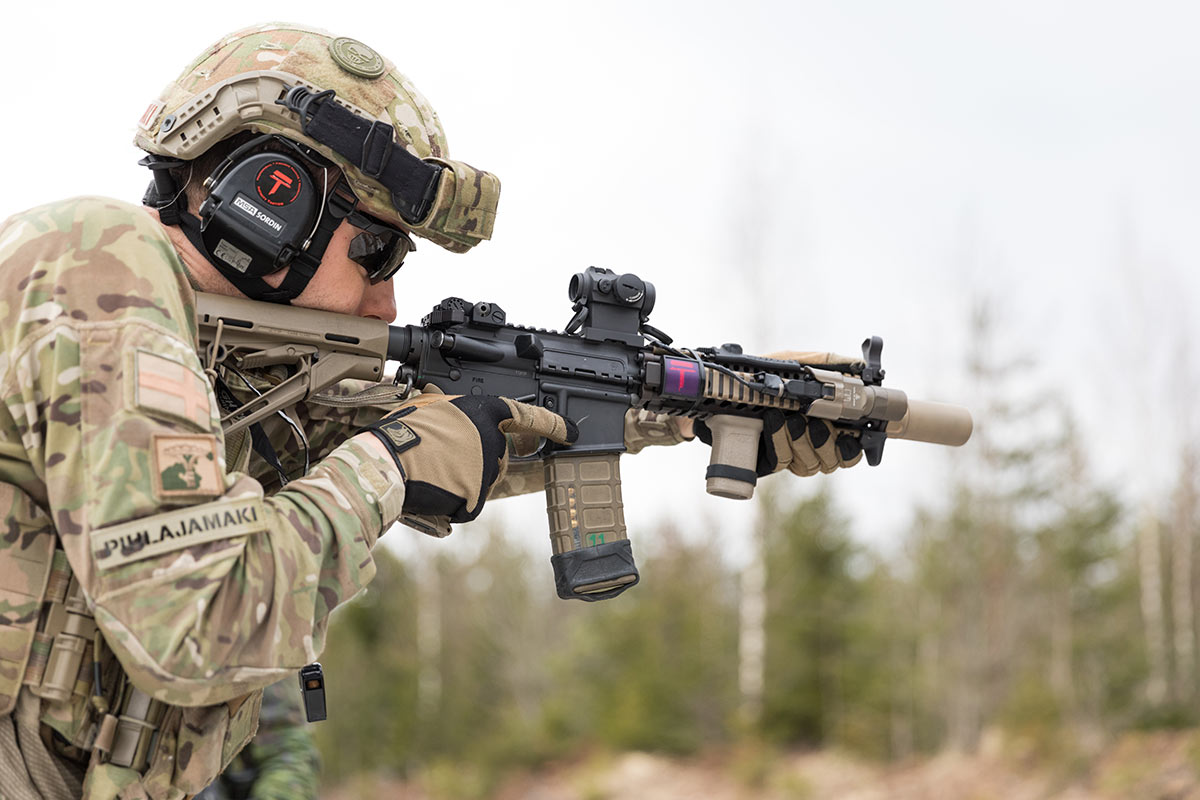 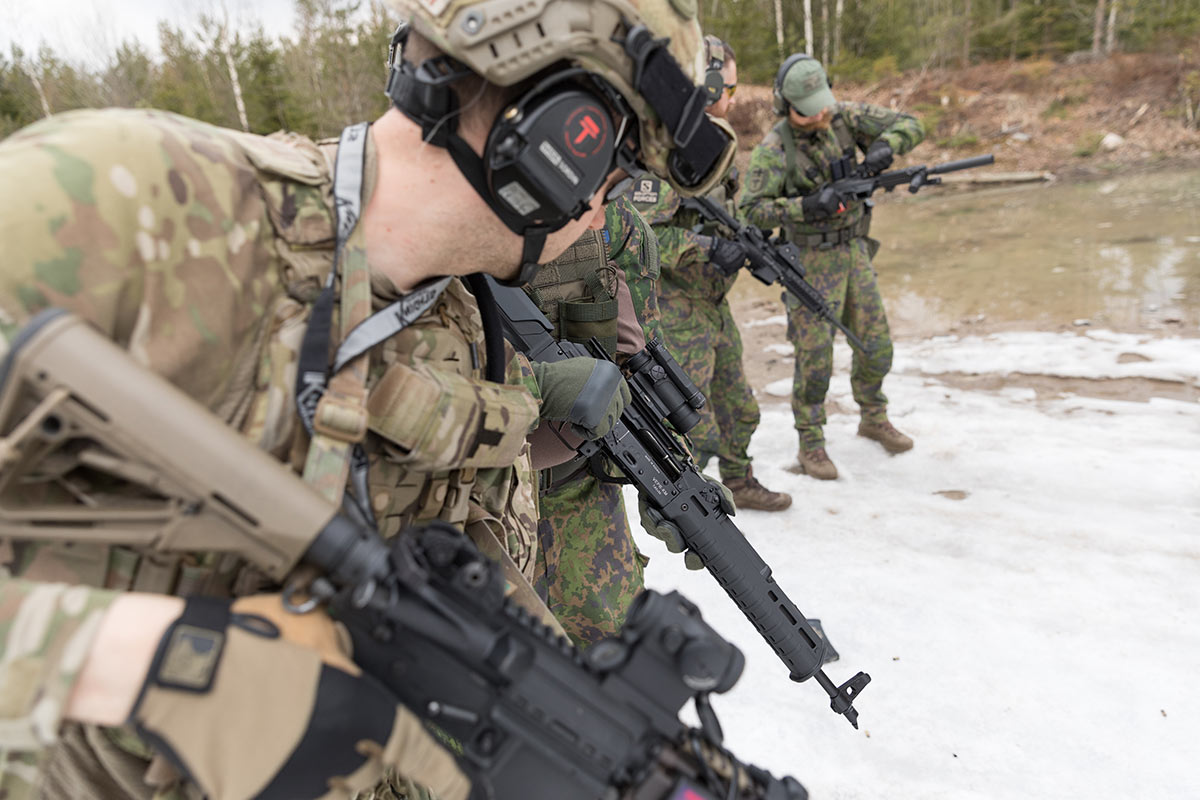 Clearing the weapons and checking visually and physically that there are no rounds left in the chamber. For added safety, performing a buddy check, or trying to find a round in the chamber of the neighbouring weapon. 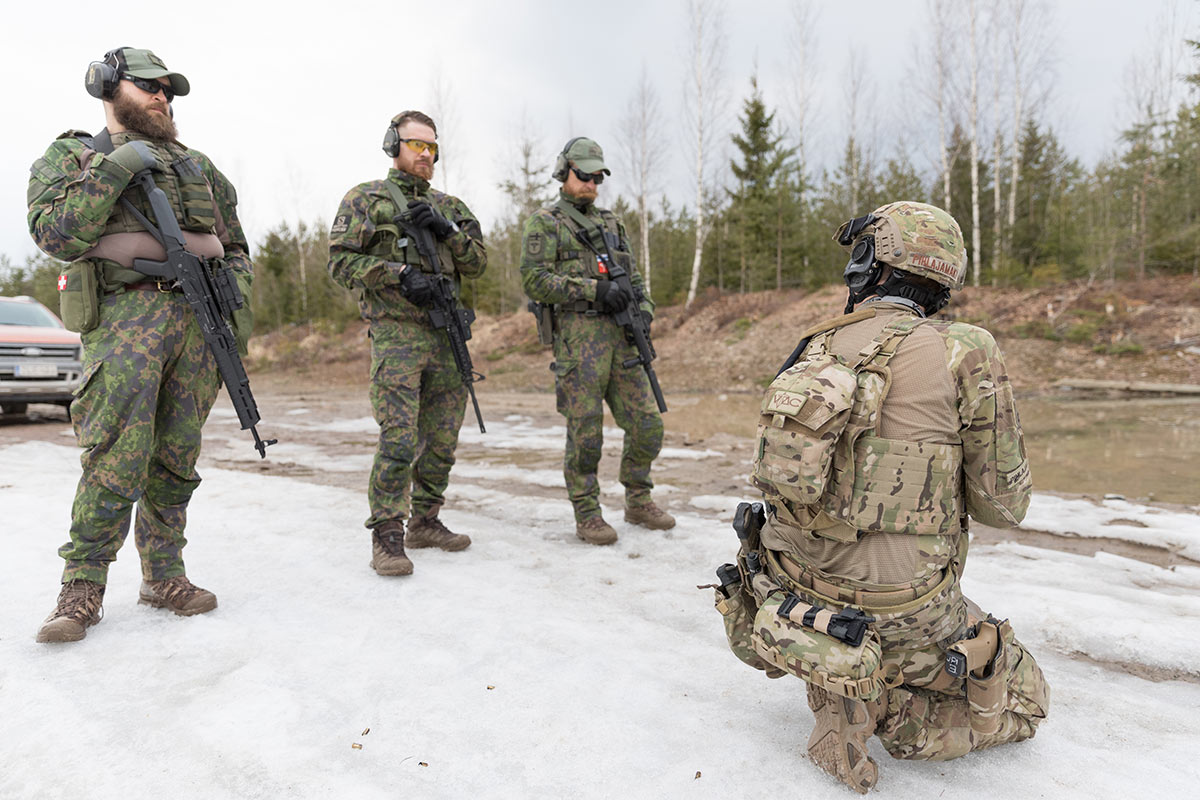 Jari tells about tactical magazine changes from the knee. 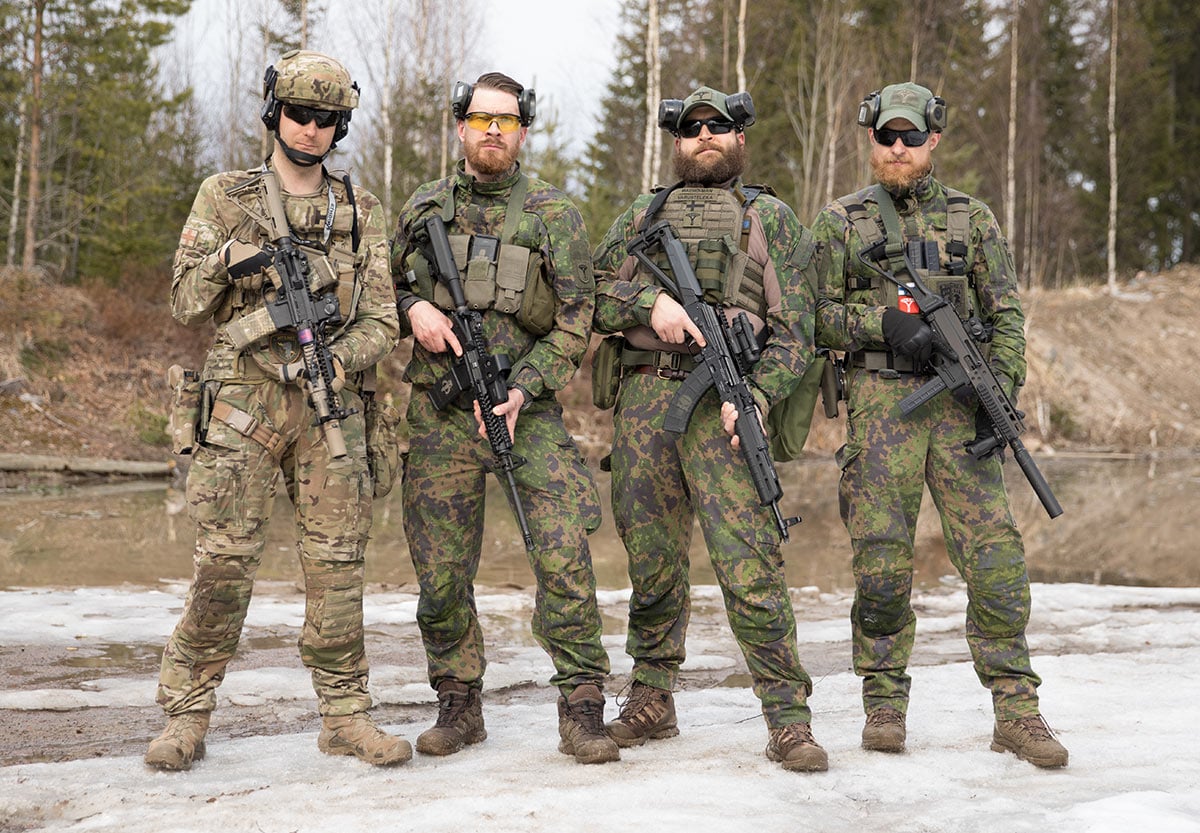 The gang posed for a group photo: Jari, Mörkö, Macho-man, and Rõnin. 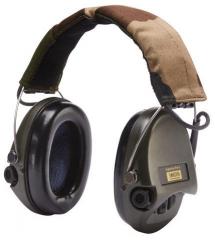 Sordin Supreme Pro-X 1.1 Headband hearing protectors
241.99 USD
Proper high-quality active ear defenders, Sordin is a well-known name in the industry and among sport shooters and LE/MIL personnel alike. Great sound quality, shock- and waterproof, perfect for any hell you might want to drag these through. Standard HB model with a padded headband. 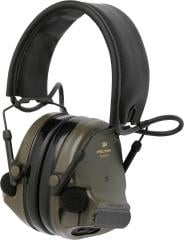 Peltor ComTac XPI
492.99 USD
Perhaps the best active ear defenders in the world. ComTac is known throughout the world of military and law enforcement, designed to withstand extremely heavy use and fit comfortably under a helmet. 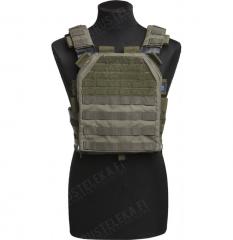 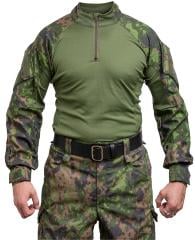 Särmä TST L4 Combat shirt
104.99 USD
A lightweight and breathable combat shirt keeps you as cool as possible under all that body armor and load-bearing gear. The stand-up collar and sleeves offer protection and pockets for essential gear, the wear prone elbows are protected by Cordura reinforced elbow pad pockets. 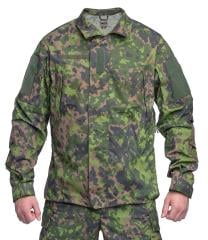 Särmä TST L4 Field Jacket
157.99 USD
The L4 Field Jacket was designed for pure functionality. Smart materials and a purpose-built design guarantee the best possible comfort regardless of what type of fighting and/or sustainment load you´re carrying. This is a great alternative for the Finnish military-issue jacket, which suffers from a load of compromises due to the fact that it was designed to double up as parade wear.

Särmä TST L4 Field Pants
136.99 USD
The L4 Field Pants were designed for pure functionality. Smart materials, a relaxed fit, and clever details make them what a pair of field pants should be, comfortable and utilitarian. These are a great alternative for the Finnish military-issue pants, which suffer from a load of compromises due to the fact that they were designed to double up as parade wear. 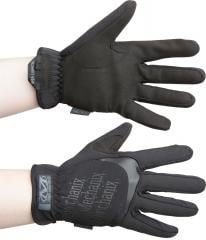 Mechanix FastFit Gloves
20.99 USD
Like the name implies a bit, these gloves are probably not at their best at construction sites, but rather offer a very dextrous grip even for Mechanix gloves. Not only lighter in material thicknesses than the classic Mechanix gloves but for these, they also omitted the wrist velcro strap for a standard piece of an elastic band. Light and comfy, these are the stuff for fiddly tasks.

Särmä TST RK Open Top Magazine Pouch
20.99 USD
Finnish RK plastic magazines are bulkier than most other AK type mags and much fatter than any STANAGs, this means trouble when looking for suitable open-top mag pouches. Those worries are now in the past, this pouch is designed to fit a single RK plastic mag, modeled after the thoroughly proven conventional open-top design with a few tweaks.
Webshop by Lillhonga.fi