The year was 2008 and our NCO class was training in Kiikala around a small airfield. It was late winter, there was very little snow left and most of the day was pitch dark. We had our foxholes dug and our platoon was positioned to defend a forest next to the airfield. Amongst conscripts, Kiikala has a notorious reputation of having shitty or abnormal weather conditions.

The conditions were perfect for nighttime training and we got to operate with night vision goggles. It was very exciting to train reconnaissance on your neighbouring NCO classes who had no night vision equipment. Our recon patrols could easily sneak into their encampment and stay unspotted while their guards passed us only a few meters away. On our end, it was much easier to do guard duty with night vision available. Otherwise, we wouldn't have seen a thing in the dark forest.

On a particularly dark night, I was doing my two-hour guard shift standing in a foxhole and monitoring the sparse pine forest in front of my position. Unfortunately, a massive need to take a dump emerged almost as soon as I started my shift. I counted my options. Leaving my guard post was definitely not an option. I could drop the package inside the small foxhole, but that idea didn’t sound nice either. In the end, I decided to suck it up and bear with it. It definitely was not easy, but I made it. After two hours of vigorous butt-clenching, I was extremely relieved to hear my fellow NCO student arrive and release me from guard duty.

However, I had not been informed of the location of our encampments latrine. My fellow student pointed me to a vague direction and off did I go into the darkness. As I had to leave the night vision goggles to the guard post, I couldn’t see where I was headed. Stressed with the massive dump that was trying to exit my body, it didn’t take long for me to lose my bearings and hope of finding the latrine in time. I grabbed a field shovel out of my webbing and dug a small hole in the ground. Squatting over the hole I made my deposit into the hole. The relief was enormous.

With the blood pressure in my head dropping back to normal levels, my mind cleared and I figured out my location and the direction back to my camp. I covered my droppings and headed back. With the idea of getting back to a warm tent and catching some sleep, I walked straight towards our encampment and quickly I arrived at the guard post I had left earlier. My fellow NCO student greeted me and commented on the handsome full moon he had witnessed. Immediately, I realized that I had wandered around the forest and ended up taking a dump only a couple of dozen meters away from the guard post. I was told that my pale butt cheeks shone brightly in the night through lenses of night vision goggles. Naturally, I got to hear about this for the rest of my time in the army. 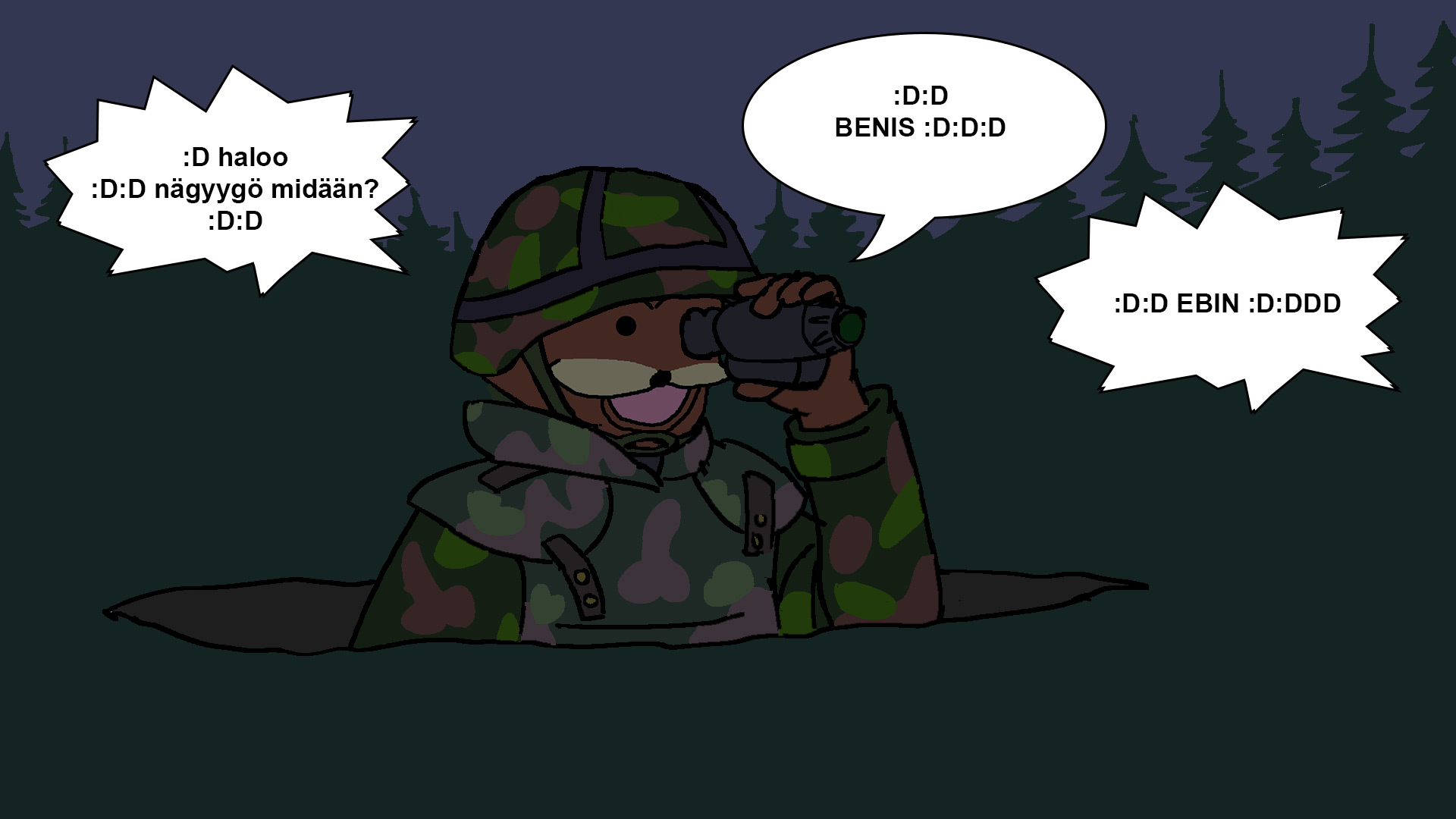 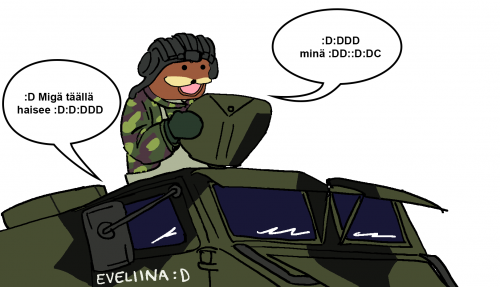 Not many people can resist the attraction of a figurative low part of a fence. (A common idiom in Finnish for following the path of the least resistance - editor's note.) Vehicle drivers in armed forces are rather familiar with this concept. It was a cold mid-winter in early 2004, which meant that there was less service before us than behind, but we weren't exactly close to the end either. Our service time as conscripts in the Rapid Deployment Force would be from July 2003 to July 2004. 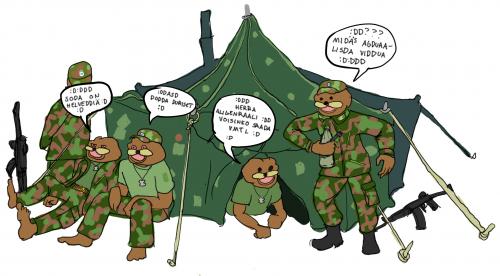 Garrisons - especially in countries with conscription - are a wonderful cross-section of societies. You'll meet so many different people from different backgrounds.