Garrisons - especially in countries with conscription - are a wonderful cross-section of societies. You'll meet so many different people from different backgrounds.

This army tale happened on a coastal fort on Isosaari island just off the shore of Helsinki in about mid 2000's. Isosaari was then - unlike now - completely out of bounds for civilians and in active defensive preparedness with sea-surveillance posts and coast artillery, as you would expect.

Life on the island was rather relaxed, considering the circumstances, especially when you were just a meat-head and summer days were warm. Conscripts serving on a nearby Santahamina island would call Isosaari "Chocolate Island" due to all the benefits that come with smaller groups in specialized locations. Oh, and there was a 9-hole golf course on the island. The chow was good, and we'd make the sauna hot rather often.

Standards had to me met, though. One of the things everyone has to go through in basic training is something called a March and Shelter exercise, where you cover a certain distance by foor, pitch tents to set up a camp and spend the night maintaining the perimeter, taking shifts to ensure everyone is in a reasonable condition in the morning.

Due to drill instructors being nowhere to be seen, our own NCO's improvised things like practicing how to mount a vehicle for several hours.

There was a lot of waiting, standing around and wondering. Just the right recipe for rumours to start spreading, such as our drill instructors using the sauna so hard that one of them had passed out on the green in the morning. What do you know, a heat stroke can get you no matter how diligently you drink.

The exercise was finally brought to a decent end, when the drivers of Santahamina garrison gave us a lift to Yliskylä nearby. We dismounted, marched our way back to Santahamina and got a boat ride back to Isosaari.

We pitched the tents near some designated smoking areas behind the refectory. My eyes opened to the reality of the differences within us when we were picking up some trash and I heard a countryside corporal ask with genuine amazement and ignorance in his voice: "Who the hell has stuck a Bic pen to a bottle?"

That's when the city boys giggled a lot. 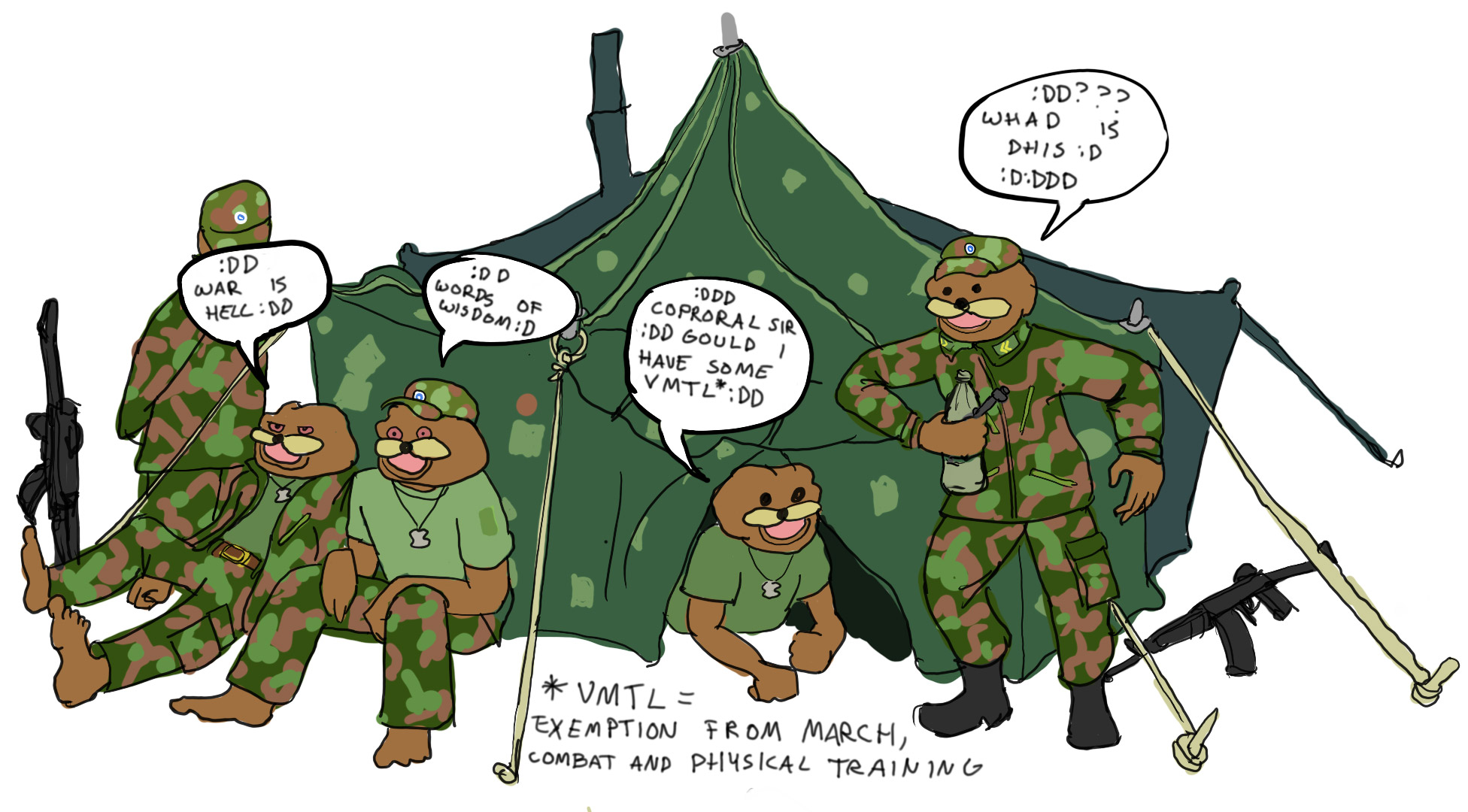