Not many people can resist the attraction of a figurative low part of a fence. (A common idiom in Finnish for following the path of the least resistance - editor's note.) Vehicle drivers in armed forces are rather familiar with this concept. It was a cold mid-winter in early 2004, which meant that there was less service before us than behind, but we weren't exactly close to the end either. Our service time as conscripts in the Rapid Deployment Force would be from July 2003 to July 2004.

While we were selected and qualified volunteers to begin with, and our APC driver/leader course had especially fit fighters - most running over 3000 meters (1.86 miles) in 12 minutes, the level of motivation was not at its prime and a certain amount of laziness had become part of how we did things.

And it wasn't all wrong, either: we were taught that a good soldier should seek comfort and rest to maintain combat readiness. If you stalk awake night after night, you'll lose your ability to fight while the doughboy from the regular unit - who did ensure he got his rest and clean underwear - will fight the enemy effectively with a routine that bus drivers let people in at bus stops.

We had normally worn a turtleneck shirt under the legendary M62 reversible camo jacket under our web gear for infantry fighting maneuvres in the cold. It was light enough for high activity and we'd don a long insulated jacket when stationary. When we completed our APC course and started using them in exercises, we had to add layers. This meant that answering nature's call was particularly uncomfortable and all the layers made it more of a hassle.

Occasionally we'd have to go sort of "off-game" and fill up the tanks, and these jobs weren't hurried ones. So it goes without saying we'd go past our unit, parked in front of it and marched right in. Sitting on a proper toilet bowl is a luxury you understand much better when the alternative is to shiver in the cold forest.

After successfully taking care of my business I went down to our APC to make sure everything is allright and wait for my mate. It's not like I was in a hurry anywhere - anymore. But it was a time before smartphones and Facebook, and I started to suspect something was wrong, so I hurried back upstairs. You can get yourself into a surprising amount of trouble sitting on the john, ask Elvis.

In our washing facilities I found my mate washing the suspenders of his snow camo pants like a displeased pharaoh. Like the winding sheets of this sorry-ass mummy, the once-white suspenders had dangled behind him after being released from the buckles in the front. You can guess the result.

Was there anything to be learned from this, except some dusty proverb about greed or laziness? Not really. But I believe Americans were ahead of their time when they adopted the M-1950 suspenders, which are worn as a figure-8 on the shoulders and connected to the waist with hooks on the sides. Not only can you crouch without the pants pulling up in the back, but lowering your pans is a much more easy and safe affair when wearing these.

The Pride of Pori Brigade 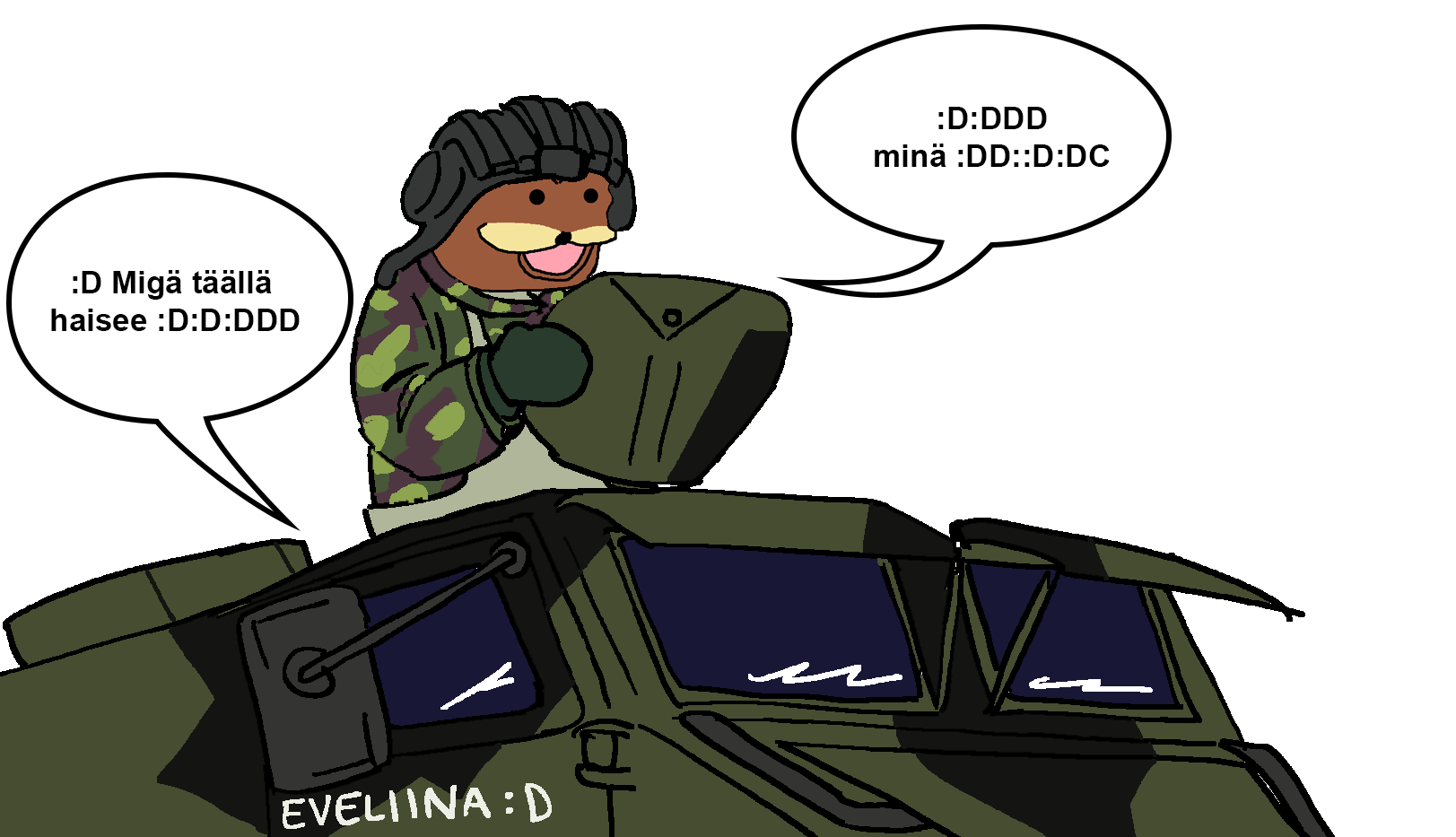