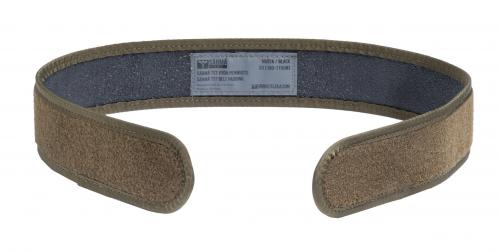 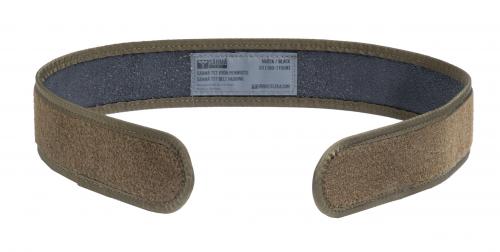 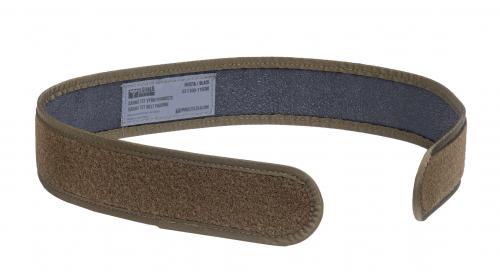 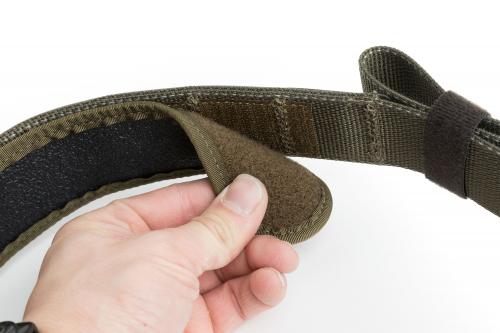 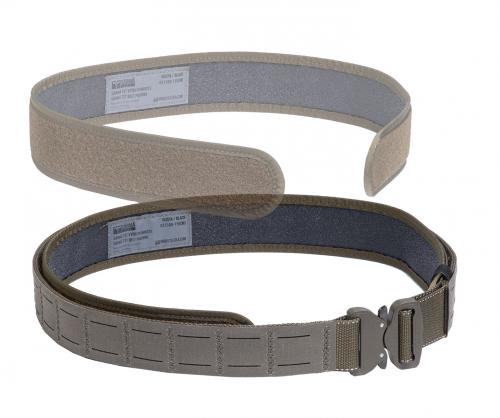 This belt padding is designed to be used together with the Särmä TST Shooter’s Belt. It is ideal for situations when you don’t want to attach the belt to the belt loops of your pants but you still want to prevent the belt from slipping and sliding here and there. In other words, perfect when the belt loops aren’t usable, like with a longer coat. 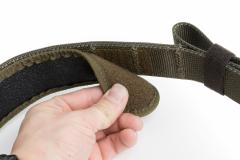 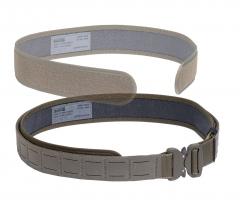 This belt padding is designed to be used together with the Särmä TST Shooter’s Belt. It is ideal for situations when you don’t want to attach the belt to the belt loops of your pants but you still want to prevent the belt from slipping and sliding here and there. In other words, perfect when the belt loops aren’t usable, like with a longer coat.

Särmä TST belt padding is an option to Särmä TST Under Belt. When you have finally managed to set up all the gear on your shooter’s belt, you don’t want to fidget with them. If you want to anchor the belt in place, one option is to use a velcro-surfaced under belt that you put through the belt loops. Then you just slap the Velcro-surfaced shooter’s belt on top of it.

However, there are situations when the belt loops aren’t usable. Such is e.g. with a longer winter jacket. This is where Särmä TST Belt Padding comes in the picture. It has Velcro on the outside, and you can use it to attach the padding to the shooter’s belt. The other side has the same “sticky” rubber that is used in the soles of rock climbing shoes. The friction will hold the belt tightly against your body, and you don’t even have to have a very tightly wrapped setup. You can have all your gear always on the belt. Then just put the Velcro surfaces together and let friction do the rest.

The belt padding is made of tough German 500D Cordura, Velcro, and the same rubber that is used in rock climbing shoes.

When you combine the same size Shooter's Belt and Belt Padding, the padding covers the hooks on the inside, nothing else. For more coverage, you can choose a longer padding.

The true length of the padding is 10 cm (4") shorter than the indicated minimum size. The latter refers to the suitable belt size, not the padding itself. As you can see in the pics, these aren’t supposed to reach around your whole waist, they are left open in the front.

Särmä TST Belt Padding is manufactured by the German MD-textil, which is a family-owned business dedicated to tactical and technical gear. They make gear e.g. for the special dudes of the German army and border guard. They utilize state-of-the-art machines, which are almost as precise as German workers themselves.

To deliver only the best quality and maintain sustainable production, they work in close co-operation with special forces and do not source basic materials from low-wage countries. The fabrics and sewing thread are made in Germany. The Velcro is made in Spain.