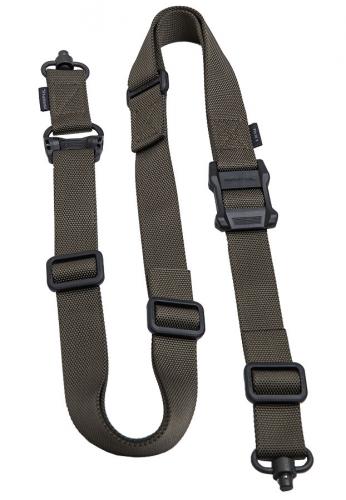 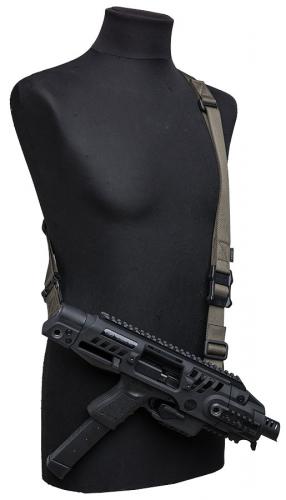 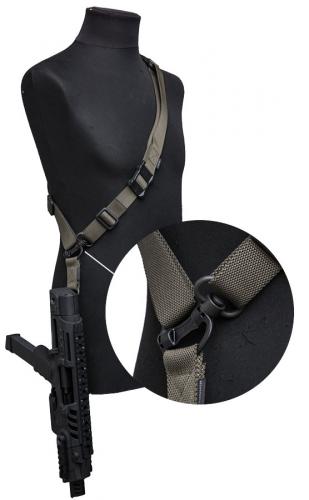 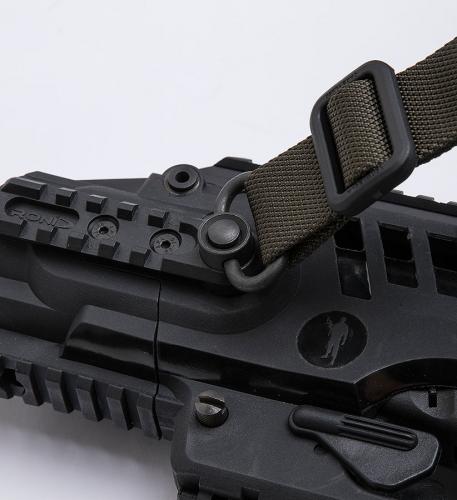 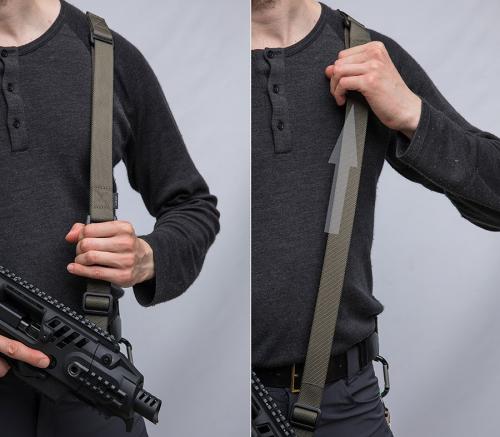 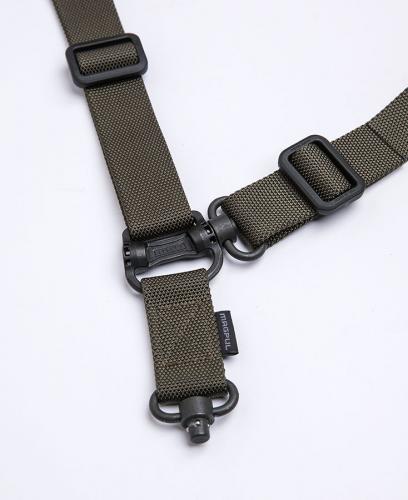 The MS4 Sling is an accessorized version of the MS1 Sling, which is built around the Magpul MS1 slider. The slider allows you to adjust the length quickly with one hand, and no tails or loops are left hanging to get tangled or snagged. In a two-point role, the MS1 allows easy shoulder transitions, rapid adjustability for hands free rifle carry and shooting support from various positions. 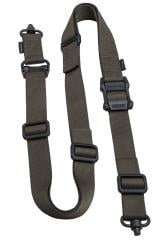 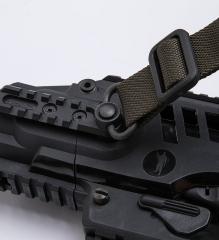 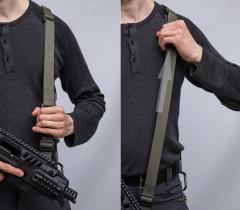 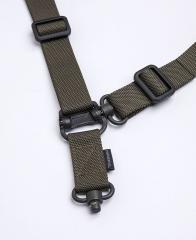 The MS4 Sling is an accessorized version of the MS1 Sling, which is built around the Magpul MS1 slider. The slider allows you to adjust the length quickly with one hand, and no tails or loops are left hanging to get tangled or snagged. In a two-point role, the MS1 allows easy shoulder transitions, rapid adjustability for hands free rifle carry and shooting support from various positions.

An MS4 adapter (hence the name) with a QD swivel is the rear part of the sling and allows you to switch between two-point and single point use with a push of a button. Both ends are QD type. The MS4 adapter is Melonite treated steel and the QD swivels are mangane-phosphate treated steel.

Made from high quality and comfortable 1-1/4" (30 mm) webbing with NIR treatment, the sling has the following attachments included:

The length should suffice for anything, it's over 180 cm (6') with the adapter.

In testing, the sling had to survive tens of thousands of cycles in wet, dry and sandy conditions, static load testing without slippage for 72 hours and weighted six foot dynamic drop tests. In addition to the controlled lab tests, we also swam it, jumped it, hunted with it, hiked into the mountains with it, and most importantly shot with it in a variety of rugged field conditions.

The MS4 Sling is made entirely in the USA, and is fully Berry Amendment compliant.

Designed and manufactured in the USA