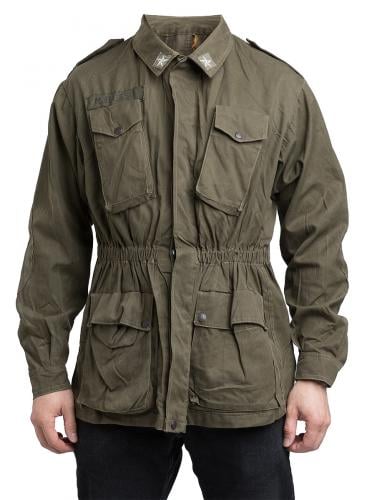 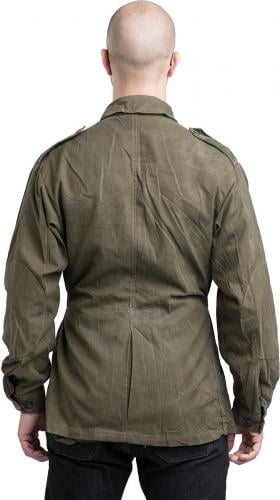 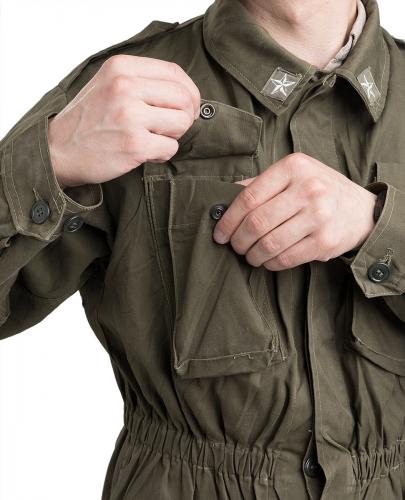 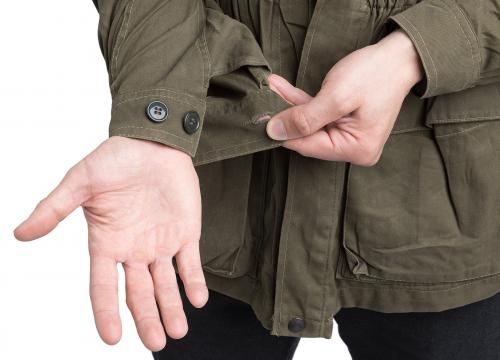 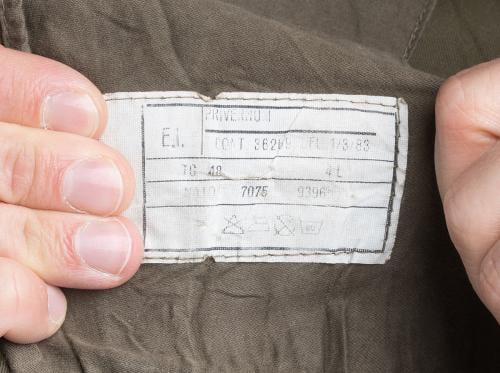 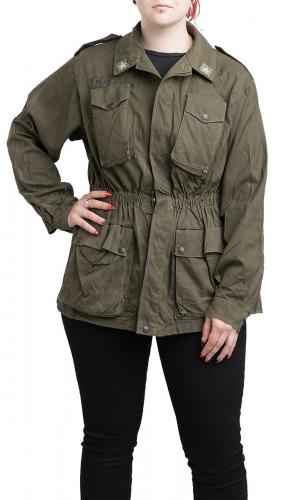 You can count on the Italians to design uniforms that look fabulous and are unlikely to ever go out of style. This '70s green army jacket is an archetypal example of its kind that has often been copied when designers want to play with militant vibes. 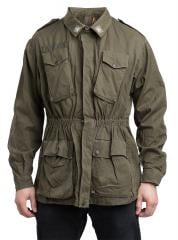 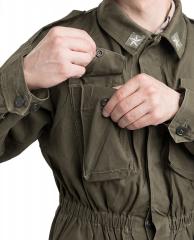 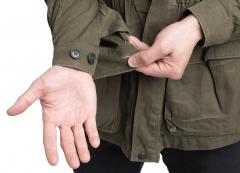 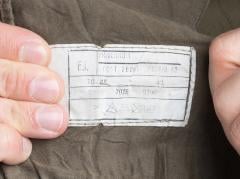 You can count on the Italians to design uniforms that look fabulous and are unlikely to ever go out of style. This '70s green army jacket is an archetypal example of its kind that has often been copied when designers want to play with militant vibes.

The Esercito Italiano Mod. 75 uniform is also known as the "Roma 75" and entered service early in the 1970s. It replaced the aging Mod. 1955 uniform but maintained a fashionable green color instead of going for a camouflage pattern. A widespread thought around Europe at the time was that camouflage patterns were a "too soon" thing after WWII.

It's a lightweight jacket but does have a liner fabric in the back and most of the front - the sides and sleeves are single-ply with grommets in the armpits for breathability and heat management. The front closure features hidden buttons to prevent snagging.

The collar can be popped up and the underside has three buttons for a removable/folding tab to secure the front. The cuffs have two buttons for adjustment and allow rolling up the sleeves. The elbow reinforcement is just a second layer of the shell fabric and doesn't interfere with this.

The sides have non-adjustable elastic bands that really hug the waist and the back is pleated in the bottom to give room for the hips.

In case you lost your load-bearing gear, the jacket has some rather usefully thought-out pockets. The snap-fasteners are textured and have a rather solid feel to them.

Made to European men's sizes. We have included suggested user height and chest ranges in the brackets. These were actually made to different user heights as well but most of the tags were worn or removed so sorting these by length would have been a futile effort. The smaller sizes are mostly a bit shorter while the larger sizes have the occasional tall version in the mix.

The fit is pretty close as you'd expect from the Italians especially for this kind of jacket. Picking the suggested size allows for summer clothes to be worn underneath.

Most likely cotton canvas with some polyamide or polyester. The tags don't say and the sources are conflicted. Machine wash hot, hang to dry.

These are from the 70s and 80s, worn by sweaty Italian men and taken care of in a relaxed Mediterranean fashion. The details and fabric are mostly in a good condition but expect warehouse smell and prepare to wash and air the jacket before use.

The collar tab and stars are usually there but either or both may be missing. The elastics are mostly still functional, which is a little surprising.