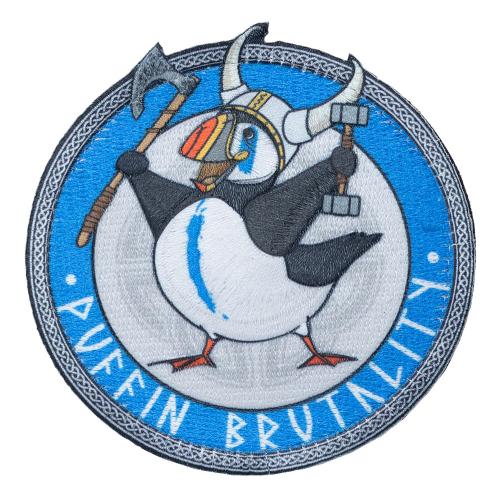 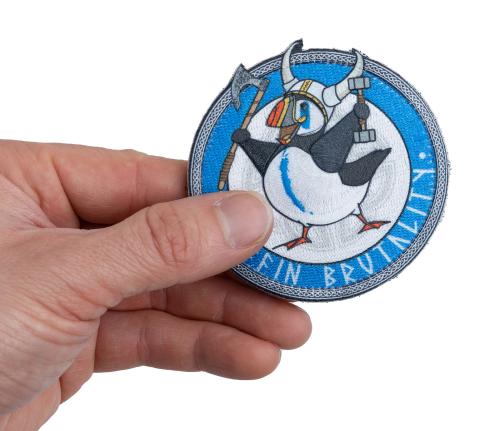 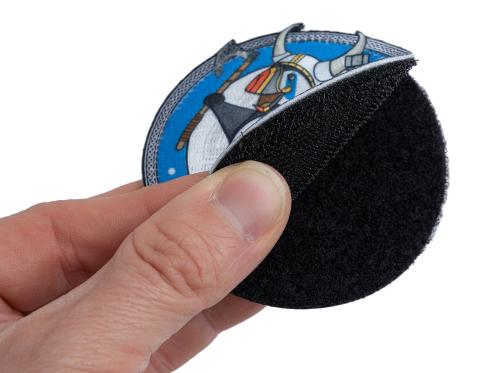 Hook panel on the back.
Forgotten Weapons

What happens when you combine the Land of Ice and Fire with the Land of Sauna and Sisu? Puffin Brutality! Ian McCollum and Jackson Crawford have spent some time in both Iceland and Finland – this morale patch is one of the side effects. 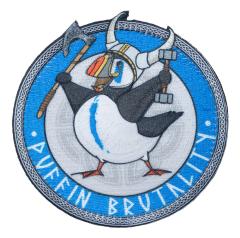 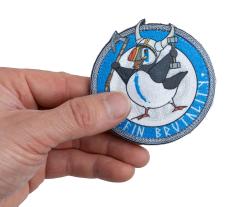 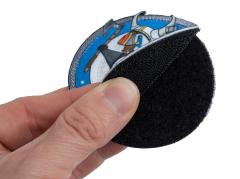 What happens when you combine the Land of Ice and Fire with the Land of Sauna and Sisu? Puffin Brutality! Ian McCollum and Jackson Crawford have spent some time in both Iceland and Finland – this morale patch is one of the side effects.

In their own words

”We don’t know if it was the result of too much running or too much Long Drink, but this adorable puffin with his fake Viking horns came from two YouTubers locked in a room at Finnish Brutality this year. So, Puffin Brutality? Rumor has it there will be a glíma stage, a hákarl stage, and a midnight aurora borealis stage. Bring your magnifier and your paleography skills – the terrorists have taken some real medieval codices hostage, but you have to shoot the forgeries.

Is it real or just a fever dream? We don’t know – but who can say no to that little bird?”

Made in Finland. These are manufactured by patch makers who manufacture insignia for the Finnish army, quality stuff!

The friendship and co-operation between Varusteleka and Forgotten Weapons have spawned various things over the years, including these collaborative items with mutual seals of approval. You'll find all the products of this collaboration at our Forgotten Weapons Merchandise Shop.

nothing more Brutal than a Puffin
1