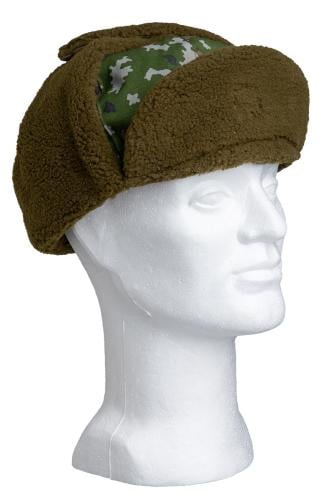 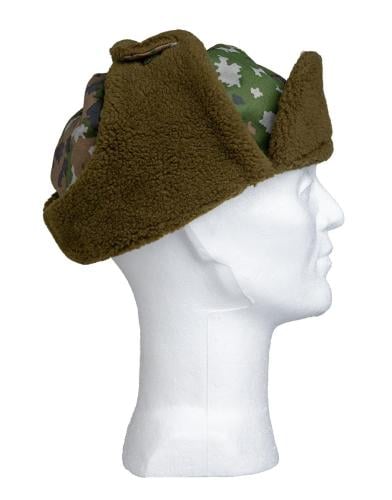 The camo pattern is the Finnish M05 winter woodland. 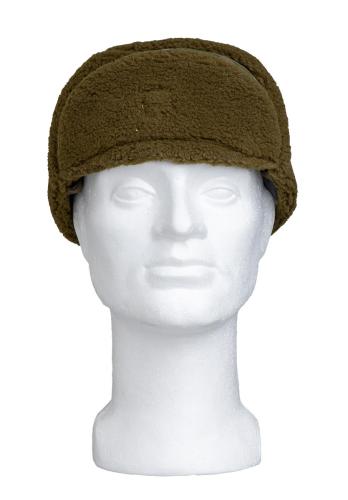 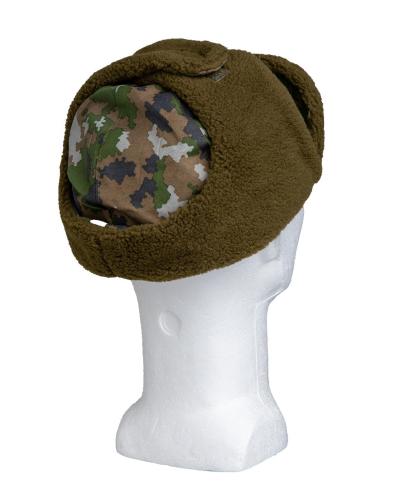 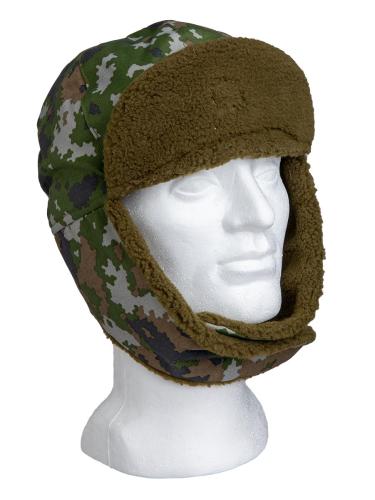 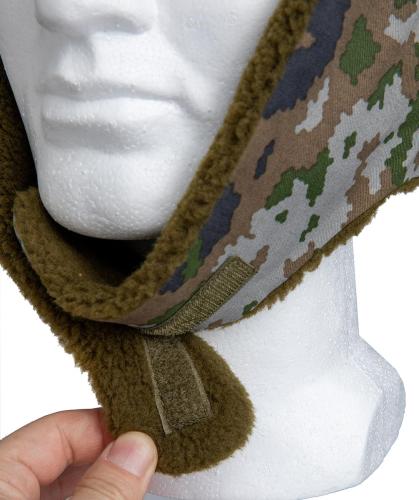 If the grannies of old had had velcro., the world would be a better place. 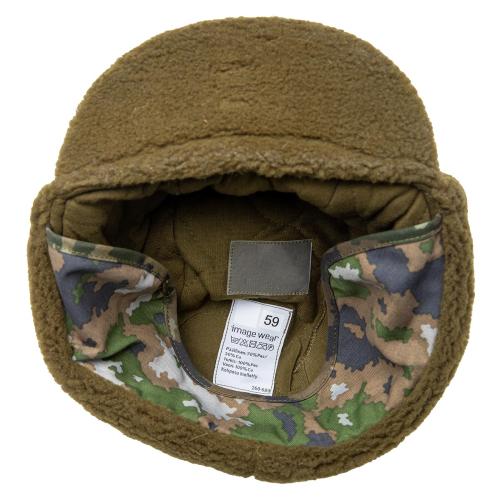 The sizing is relaxed, if you want a snug fit, take one size smaller.
Image Wear

The official cold-weather fur hat of the Finnish Defence Forces in the M05 winter woodland camo. With the exception that the official insignia have been removed but otherwise exactly as awesome as those who have been in the Finnish army remember. Affectionately known as the elephant’s pussy by the recruits. Finland knows a thing or two about cold. With this on, you won't have to. A traditional fur hat is very warm but more formal winter headwear than a wool cap. Unused. 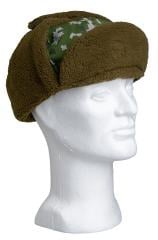 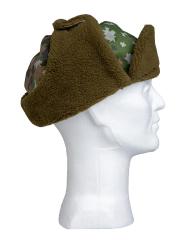 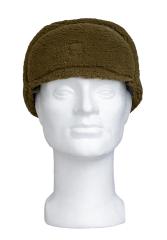 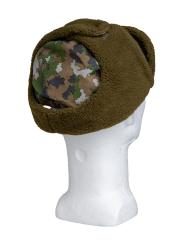 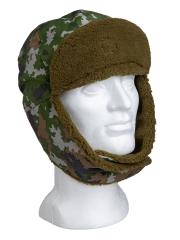 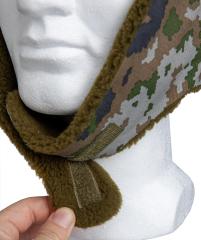 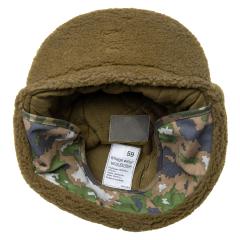 The official cold-weather fur hat of the Finnish Defence Forces in the M05 winter woodland camo. With the exception that the official insignia have been removed but otherwise exactly as awesome as those who have been in the Finnish army remember. Affectionately known as the elephant’s pussy by the recruits. Finland knows a thing or two about cold. With this on, you won't have to. A traditional fur hat is very warm but more formal winter headwear than a wool cap. Unused.

Fur hats have a long history in the Finnish military. They have practically been around as long as we have had soldiers. It was actually after experiences in the Winter War of 1939 against us Finns that the Soviets adopted their now-legendary Ushanka fur hats.

Modern fur hats have many great features that our ancestors couldn’t even dream of having, such as camo patterns, and double flaps. It sure is a very versatile and reliable hat for even the coldest of winters.

This fur hat has small foldable ear flaps for a bit warmer winter days and big, thick, and fuzzy ear and neck flaps that fold down when you have the proper Finnish winter weather. When you use both, your head will not freeze! The hat fits nicely with flaps up or down, which is good in windy conditions and when riding on top of a tank or moose. Made by Image Wear, which is a Finnish company with a long history in work clothing but possibly sewn in Estonia.

The outer fabric (Carrington Python, also known as Foxa Viking) is strong 70/30 polycotton, the same material used in the latest production runs of the official Finnish military uniforms. Naturally, the camo print is NIR compliant, so you don't need to fear appearing all lit-up when viewed through NVDs. The faux fur is 100% polyester. Lining 100% cotton. The washing instructions are pretty simple: Don’t.

Normal European hat sizing, which is the circumference of the head in centimeters. We also added the simple sizes and the US sizes for folks that don’t speak metric. It is worth noting that the fit is quite relaxed, so no need to size up for a loose fit. If you want a more snug fit, take one size smaller than usual.

Haven't put it on yet, thankfully. This hat is made very well. High quality, hook and loop looks like it'll last, but DAMN this elephants pussy literally stank my house out hahahaha. Fucker reeks through the package like a fat bag o dro hahahaha. Buy one, air it out a couple days, and wear it!
1

The fact that you can pull down the liner fleece down your ears, so no wind gets to your ears is truely amazing to me.
It makes it so you can keep wind out without needing to perse make your ears feel like an oven.

While the front flap, not sure if intended or not can be flapped down to be like a cap,
and thus prevent the sun from shining into my eyes due to ice reflection.

The flaps of the Karvalakki are so easy to pull down that it can be done one handed with a bit on practice while i am technically performing trafic law violations.

So overall a good hat, beats my romanian surplus had, as expected. Just slightly more usable in just the ways i need it to be.

To sumerise, i do highly recomend the liner gloves and the Karvalakki, even for the price of 58 euro's in total, which isn't cheap nor expensive but a gray middle zone inbetween personnaly.

James B. 29.11.2022
The British copied this design in the 1970s with our cold weather hat: similar features being the mild weather ear flaps and velcro fastening on the main ones. I bought a surplus one in the early 1980s before I joined the Army, after seeing the photos of soldiers wearing them in the 1982 Falklands War. Mainly used by me in West Germany and in the desert during the winter of 1990/91. The British Army was too mean to issue soldiers winter clothing for BAOR in those days, even though the temperature would usually drop to overnight lows of -20°C. They had better kit in WWII during the NW Europe campaign of 1944/45.
3