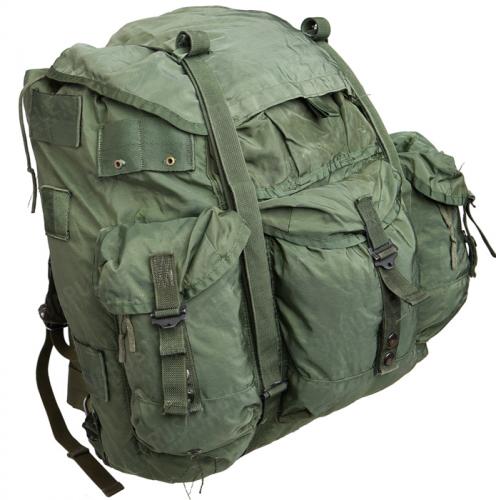 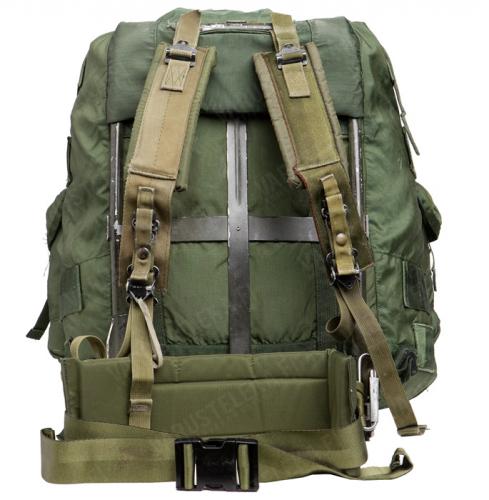 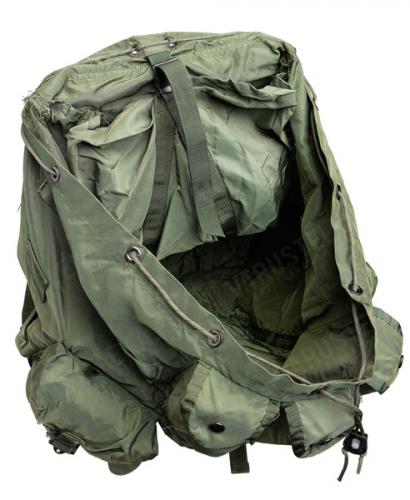 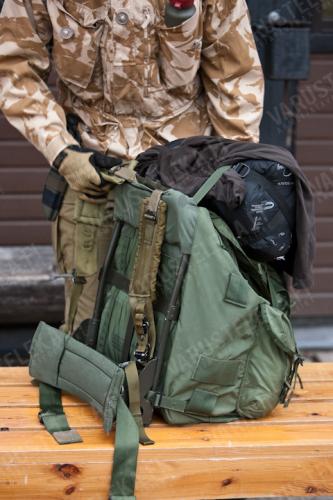 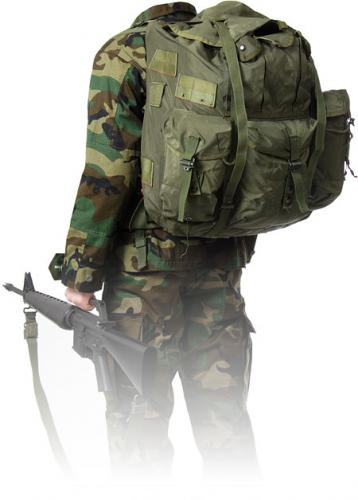 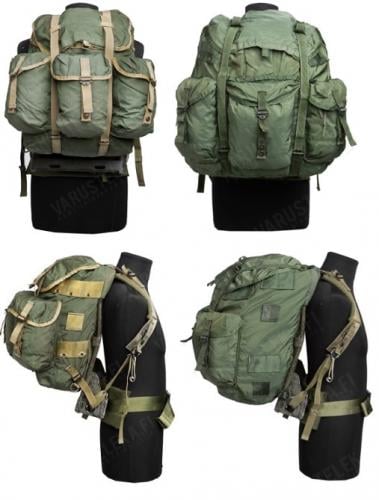 One of the best military rucksacks ever made, available once again. As the stocks are depleting the ALICE pack only rises in popularity. Comes in two sizes, Medium and Large. The Large pack is your choice for a multi-day hike when a smaller pack won't cut it. 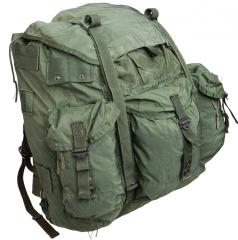 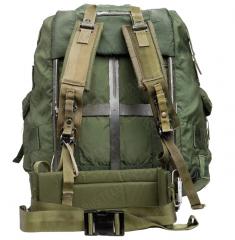 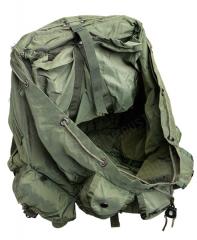 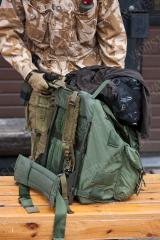 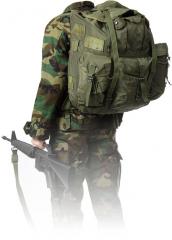 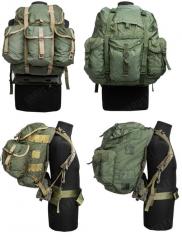 One of the best military rucksacks ever made, available once again. As the stocks are depleting the ALICE pack only rises in popularity. Comes in two sizes, Medium and Large. The Large pack is your choice for a multi-day hike when a smaller pack won't cut it.

Originally developed in the 70's as a part of the ALICE-system, this rucksack served the US Army officially for about 30 years. These were still produced in the 90's and even later. And why not, as this is one hell of a rucksack! For the civilian end user this pack offers a good capacity in a strong non-chalant package at a reasonalbe cost. If you have no need for MOLLE stuff, this pack is for you.

The Large model is very similar to the Medium pack. The only notable differences are bigger overall size, three additional small pockets, and the fact that this isn't meant to be used without the frame. The pack is made up of the roomy (~60 l) main compartment with a pocket for a radio, three outer pockets (each can easily take an MRE or a canteen), and three smaller, which would serve well as a means to carry extra magazines or other smaller things. In addition, the rucksack is covered with ALICE attachment points. The shoulder straps are padded and feature a quick release system.

Used but still perfectly serviceable, colour shades may vary a bit, but all are green. The shoulder strap models also vary. All parts are US issue stuff!