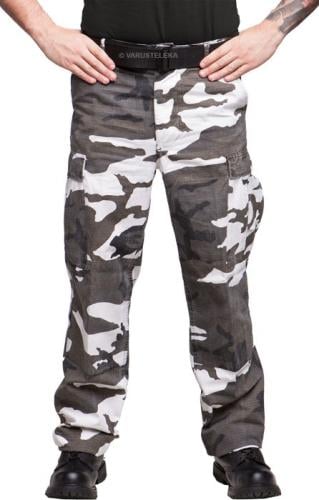 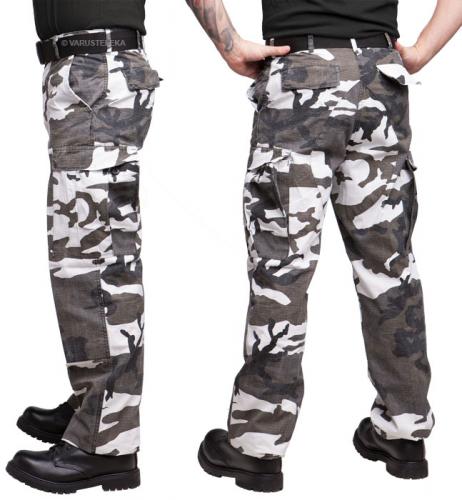 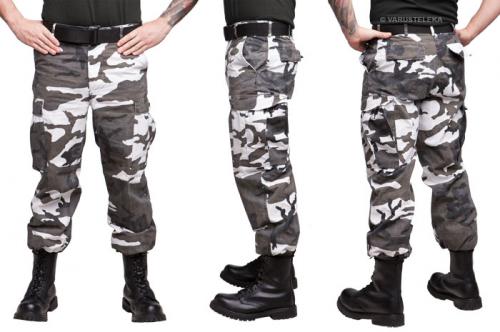 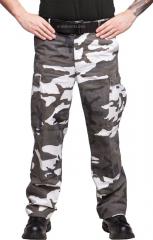 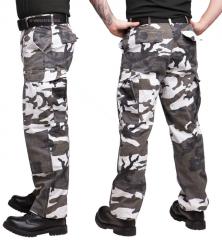 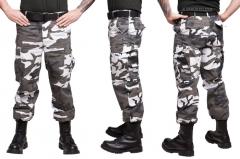 The BDU (Battle Dress Uniform) was introduced in 1981. It was developed from jungle uniforms used during the Vietnam War into an all-around outfit in warm and moderate temperatures. The BDU cut is (probably) the most popular uniform pattern out there.

Not surprisingly, the pants are the most popular part of the uniform: button fly, about 40 mm belt loops, reinforcing in the seat and knees, two big cargo pockets on the sides, two front pockets, and two back pockets. All pockets (except the front pockets) are closed with buttons, which are covered with flaps to prevent snagging.

Made of 100% cotton with ripstop reinforcing. Stonewashed.

Teesar is a brand of STURM, just like Mil-Tec. While not probably warproof, these should hold up nicely in casual use.