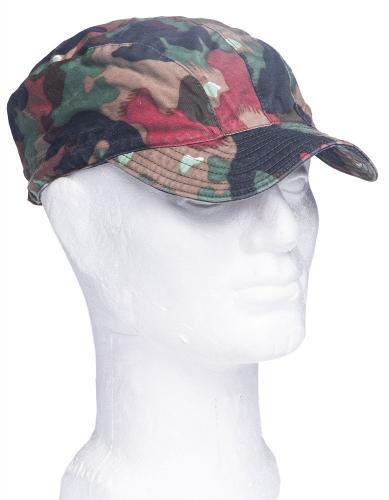 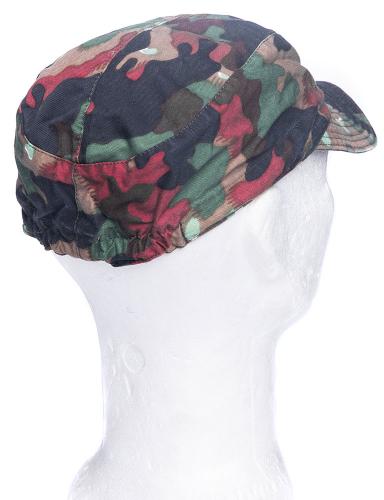 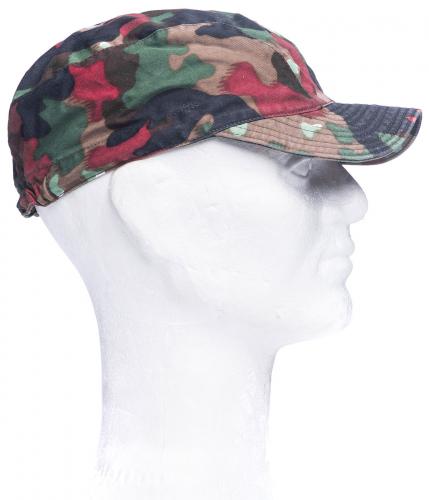 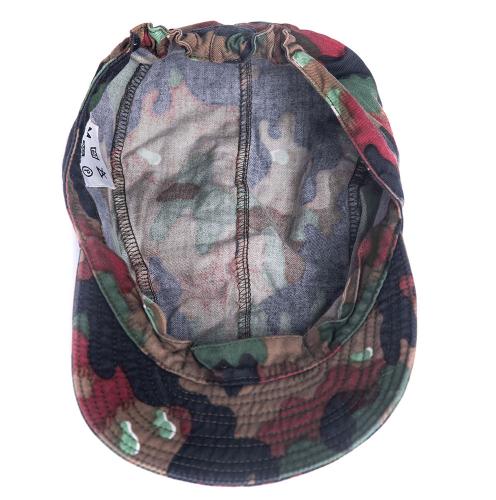 This Swiss cap is a simple piece of headwear without anything that stands out, apart from the Swiss Alpenflage camo pattern. It's a pleasure to look at but certainly not a laughing matter. 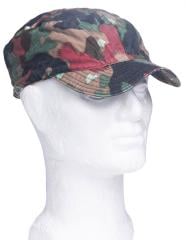 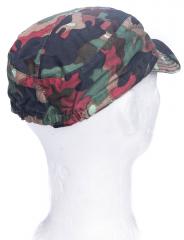 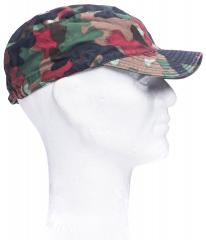 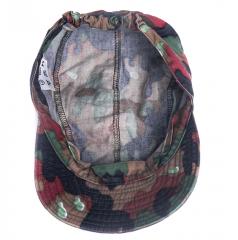 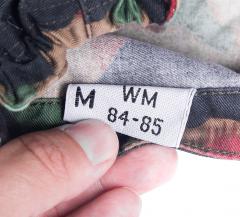 This Swiss cap is a simple piece of headwear without anything that stands out, apart from the Swiss Alpenflage camo pattern. It's a pleasure to look at but certainly not a laughing matter.

A very simple combat cap is an accessory that soldiers love and officers hate. There are no parade inspections in the field, so you can forget about spit-shine on your boots and carefully tied beret cords. Just wear one of these and you're good for most seasons. Folds small for transport. Elastic band in the back.

Legend says, the developer of the last camo pattern of the nazis went low and took his work to Switzerland. The idea of this 'shroomy pattern is to conceal the wearer also from viewing through night vision devices. The pattern was adopted almost as-is and developed over the years. The first iteration was called the TAZ57 but it's most commonly known as the Alpenflage. The pattern includes black, light green, red, dark green, and brown.

The sizes Small, Medium, and Large are ever so slightly smaller than usual. Centimeters were fitted by us so they are true. Here's a conversion table for these caps specifically.

Used and ugly for sure, but the situation wasn't much different when these were new. Generally, these are in a good shape.

This is one of the best caps ever created! It is compact, foldable, great fit, somewhat lightweight and the weird nonconventional camouflage makes it usable nearby uptight city folks too. It's not a winter cap though so use in combo with a wool hat. I already own 5 but I need to stock up for life so I will buy more.
9

One of the best head gear you will ever have. Soft and comfy but bombproof.As their watches and knives will tell you,Swiss quality is always made to last for a lifetime and then some. Made in Switzerland. Stock up now!!!
3

Ordered 2 Medium caps - both are in great shape, no evident wear, well stitched and with the elastic still stretchy. And the Alpenflage pattern and colors are distinct and well defined, not faded or uneven. These may have been worn, but you can't tell from their condition.

A tip for big headed people - I should wear a large ( 60cm ) but haven't been able to find these anywhere in that size. So I contacted V's customer support and they provided me with the stretched size, which is just big enough. When I received the caps, they were a bit tight, so I wetted one to make it damp and wore it on my head for a bit. I then made sure to flatten the brim and uncrease any folds, then simply hung the cap to let it dry. It's now a very comfortable size, having stretched a little. And neither the shape of the cap nor the elastic have been deformed. So this may be an option if you need one size up from what's available and won't need to stretch the cap too much.
4

I gave it a five star rating, but in all honesty, I am only neutral about it...
5

My mother liked it!
1

I have a small head 56 cm.
Got a M and I have to steam and strech it to make it fit.
Still it is a fun thing to shield my hair after a few days in the field.
0