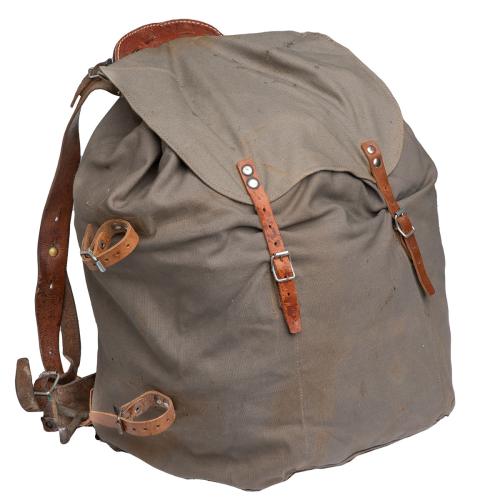 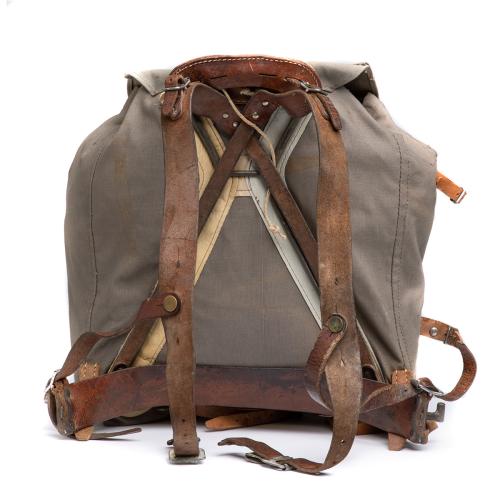 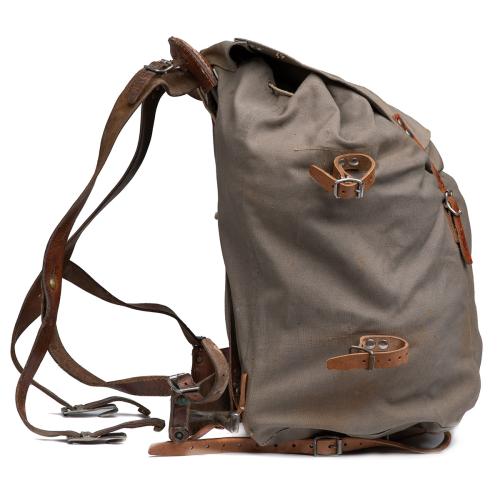 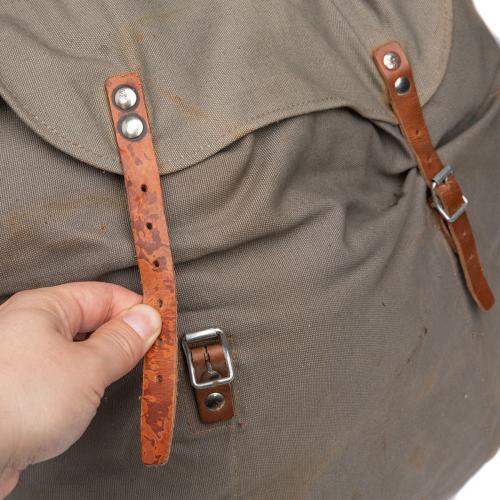 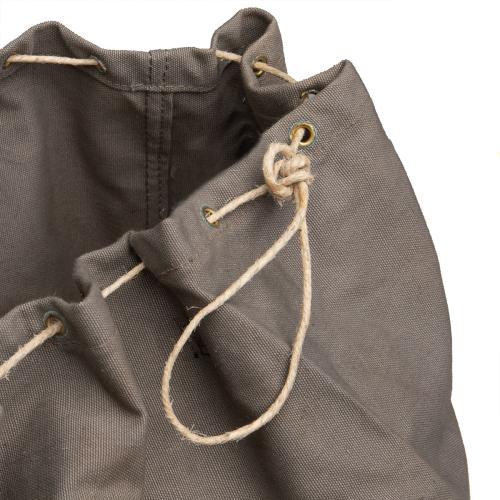 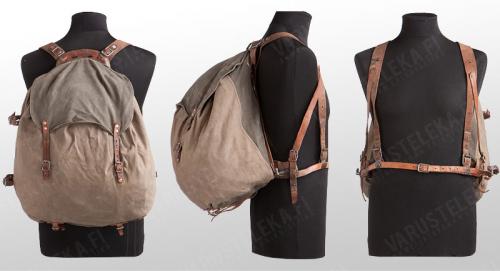 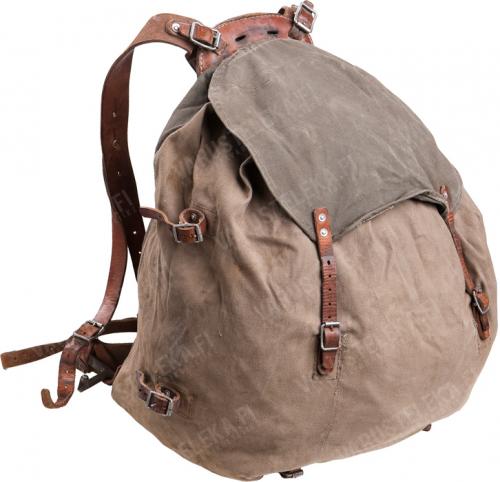 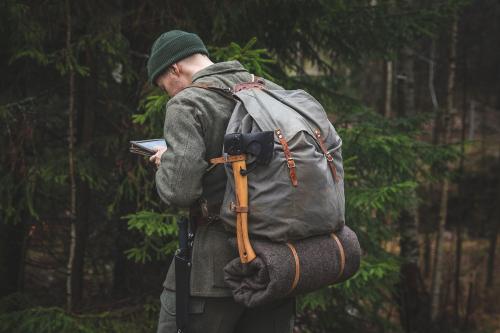 The old Swedish army rucksack. Basically a 35-40 l canvas pack with a metal frame and high-quality leather straps. This is essentially the same model as the original Bergans of Norway rucksack used by allied paratroops, commandos, special forces, and anyone else lucky enough to get sent up mountains or into the arctic. These are getting rare - we got a handful! 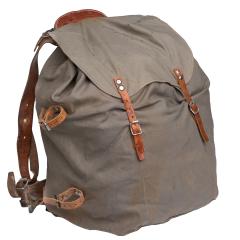 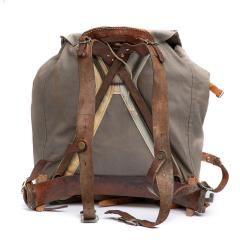 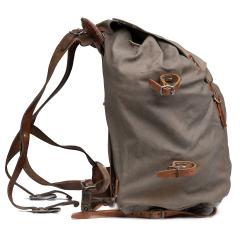 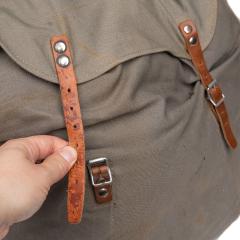 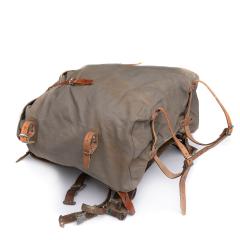 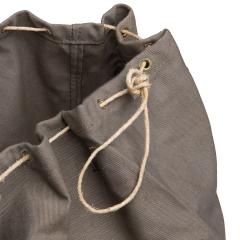 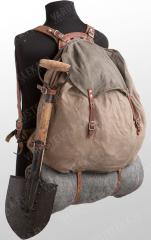 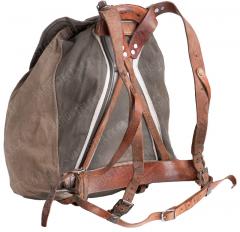 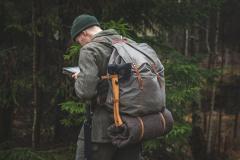 The old Swedish army rucksack. Basically a 35-40 l canvas pack with a metal frame and high-quality leather straps. This is essentially the same model as the original Bergans of Norway rucksack used by allied paratroops, commandos, special forces, and anyone else lucky enough to get sent up mountains or into the arctic. These are getting rare - we got a handful!

Note: The extra stuff on the pictures is not included. You only get the pack and the frame with straps.

If you loathe synthetic materials, try this - the whole thing is made of cotton duck, leather, and steel! A very simple model: the mouth is closed with a tie-string and straps are of course fully adjustable. Two leather cargo straps at the bottom allow some extra stuff to be carried there, like a rolled blanket or shelter half.

These are from the good old days when Sweden heroically fought in WWII. After winning the war, they decided to keep these in use to show everyone else who's boss in Scandinavia.

Used by the Finns too?

There has been debate whether these were used by the Finns during the Winter War and Continuation War. Well, we have encountered some with "SA" stamps, so they definitely were in the inventory. We wouldn't be surprised if they found their way to the battlefields too, although pictorial evidence is probably non-existent.

Used stuff. Although these are in good serviceable condition, some leather grease & slight oiling wouldn't hurt - these are pretty old. Do that, and this will probably last forever.