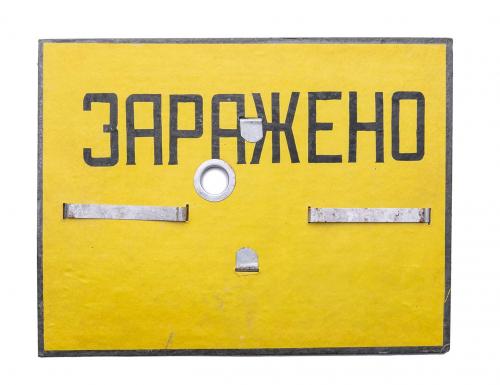 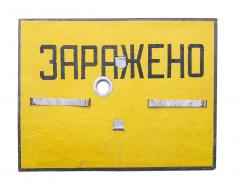 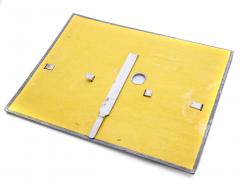 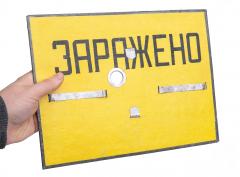 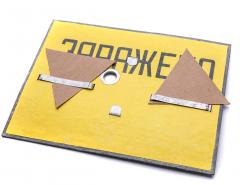 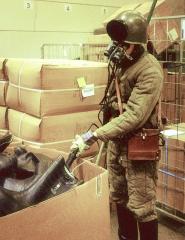 Beware of danger, but in Russian! If the danger is obscure, they used these warning signs in Soviet Russia to ward off the drunken citizens from a place they shouldn't be in. A genuine Soviet artifact.

Measures 30 x 20,5 cm, made of some really strong cardboard type of thing, maybe.

On the sign you'll find metal holder thingies for colour coded triangles of your choice.

It's not known to man who's been driving around Pripyat collecting these. However these look unused, so maybe they haven't been even used.