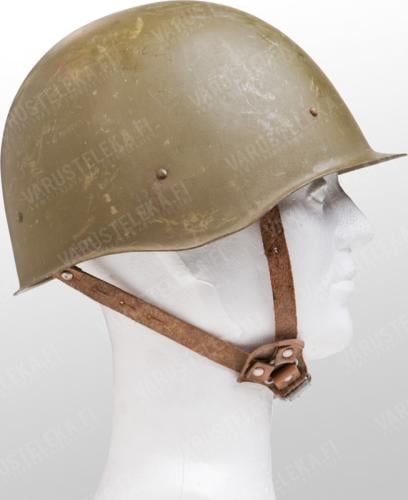 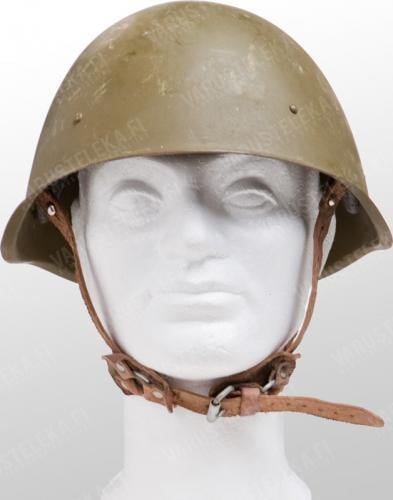 The SSh40M is a modernized version of the standard SSh40. A rather scarce and interesting model. Only a couple in stock! 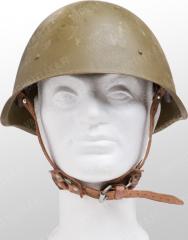 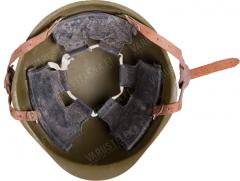 The SSh40M is a modernized version of the standard SSh40. A rather scarce and interesting model. Only a couple in stock!

Linguistical militsia reporting: the name is actually spelled C?40M, but because decadent westerners seldom read cyrillic we will simply call it "SSh40M". S stands for "stalnoi", steel, and "Sh" for "shlem", helmet.

Since much was left to hope for in how well the SSh40 sat on a soldier's head, the Kreml decided to modernize the design in the late '40s. The end result was an SSh40, but with a totally renewed, four-point, fully adjustable chin strap. Production came to an end not soon after it started when the SSh60, with its revolutionary four-piece suspension system, was adopted. In the end, the SSh40M was only made for a very short time, as a result, there aren't too many of these knocking about these days. Still, these have stayed in service up till today, both in training and combat use. These seem to be especially common in the VDV, or airborne forces.

In used but serviceable condition. Might require some cleaning, but everything is intact.