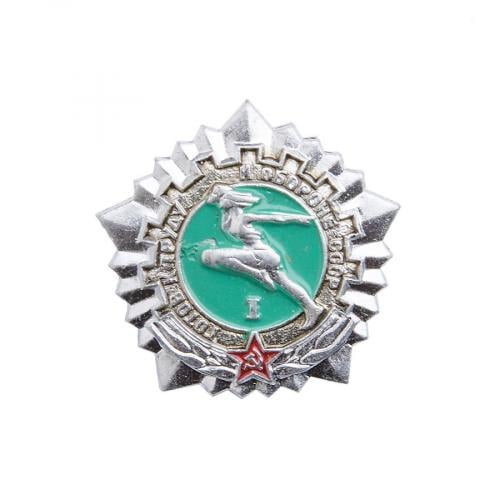 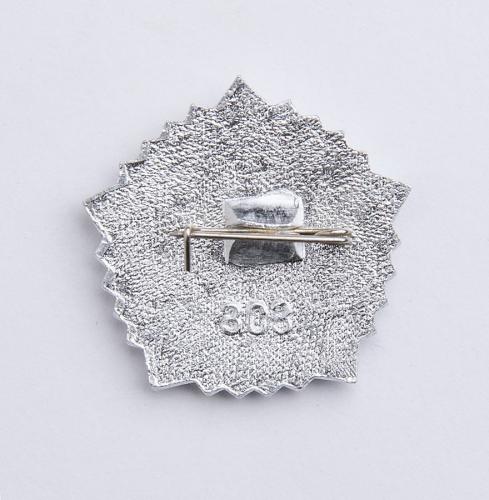 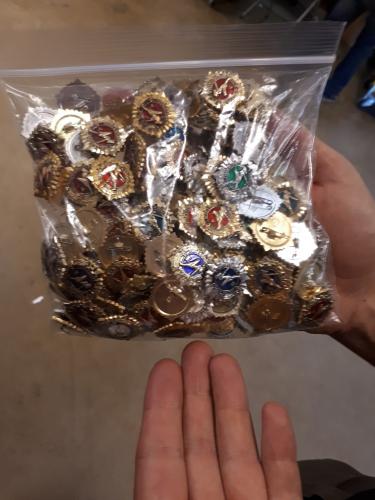 This is the newest lot. It's most probable you'll get a "golden" one. 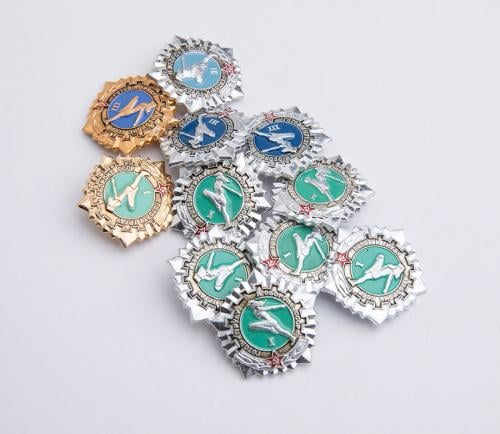 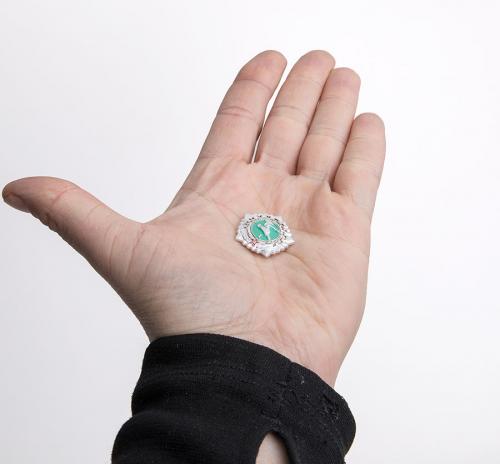 
Soviet Ready for Labour and Defence of the USSR badge "GTO", surplus

"Ready for Labour and Defence of the USSR", abbreviated GTO 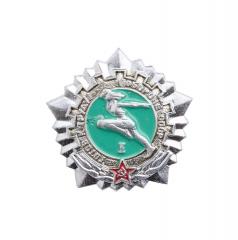 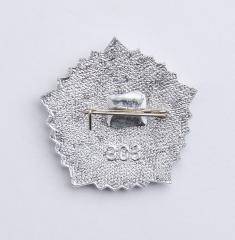 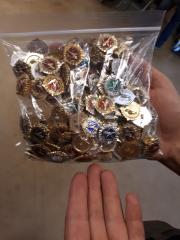 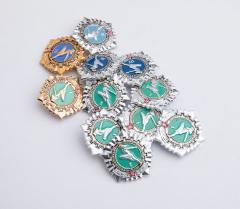 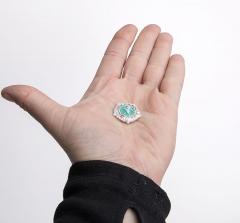 "Ready for Labour and Defence of the USSR", abbreviated GTO

GTO, was an All-Union physical culture training program in the Soviet Union. Unlike the Unified Sports classification system, the GTO didn't concern athletes, but all subjects of the state from toddlers to grandparents.

Apparently, someone was too lazy for physical exercise and rewarded himself by nicking a box of these badges, and naturally sold them to us. Different classes and colors are in the mix, we won't separate them because, in Soviet Russia, equal is you!

And NO, we will not pick specific awards, you'll just get the next one in the box. Judging from the newest lot it's probably a "golden" one. Generally availability is uncertain, as you might have guessed.

You get an authentic Soviet badge for less than 3 dollars. Who could ask for better?
6