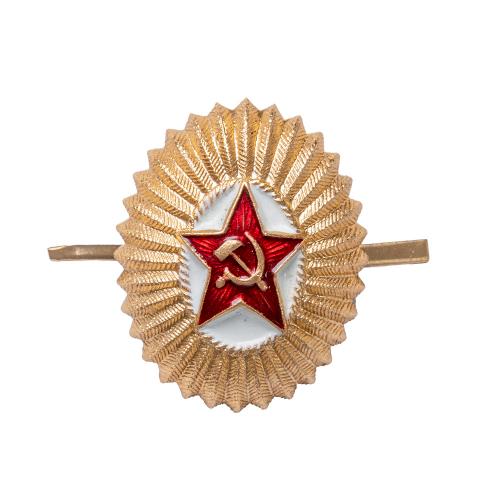 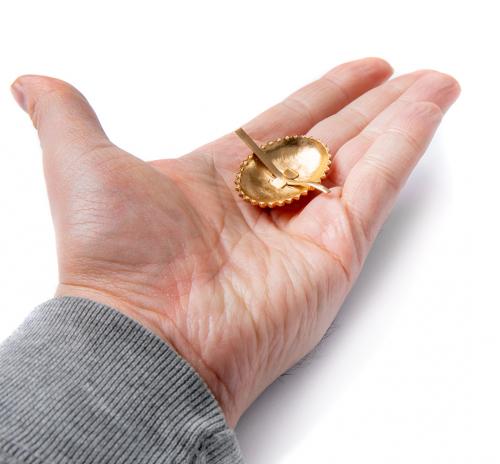 A metal hat cockade denoting its wearer's rank among the officers. Real Soviet/Russian stuff, who knows where these were dug out of. 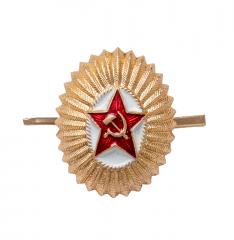 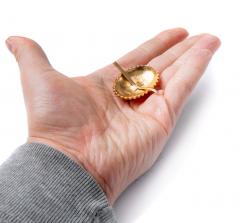 A metal hat cockade denoting its wearer's rank among the officers. Real Soviet/Russian stuff, who knows where these were dug out of.

Apparently unissued stuff, stored for a while. You might want to make small pilot holes for the prongs before you stick them through the fabric.