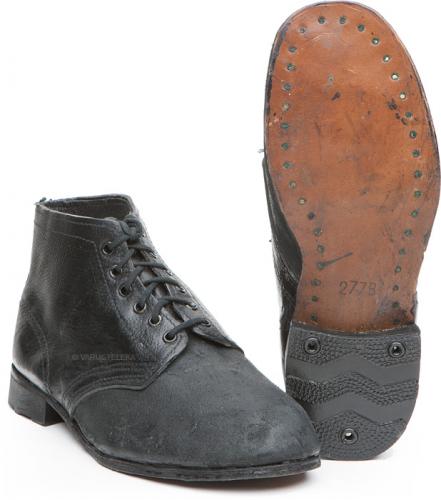 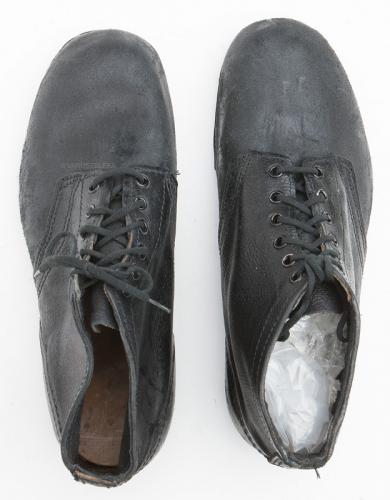 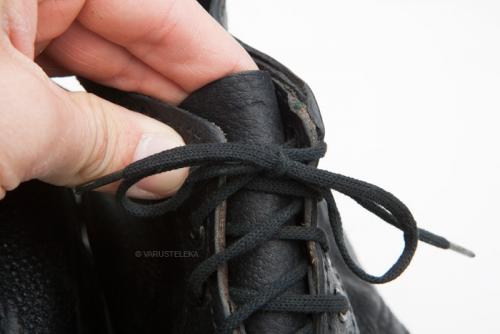 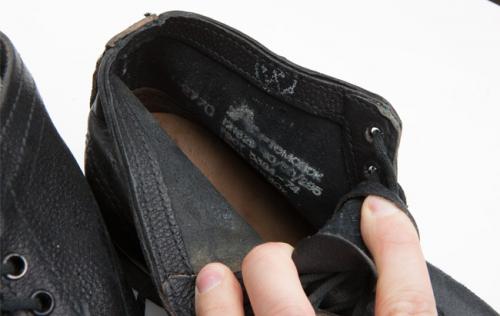 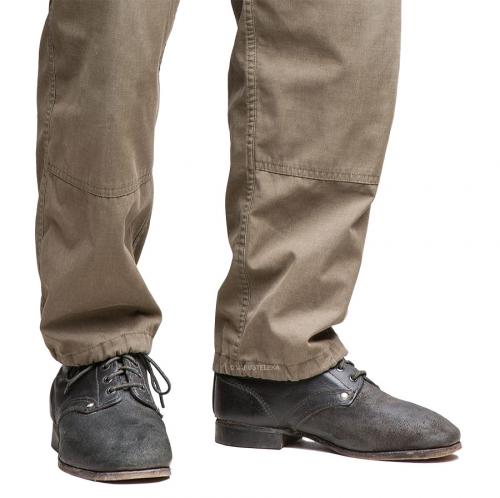 Sometimes you encounter stuff that's so horribly wonderful you just can't help yourself but buy it all. Such articles are these Soviet/Russian navy service shoes. The Veshmeshok of the footwear world - rugged, rough, and look very much like something out of the early industrial era. Used by Russian sailors not-that-long-ago, but these examples are unworn. 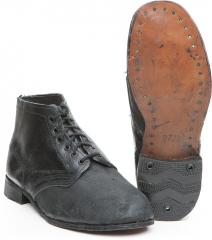 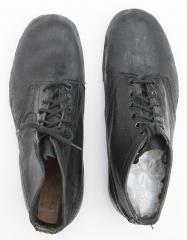 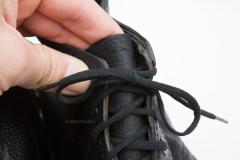 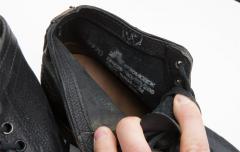 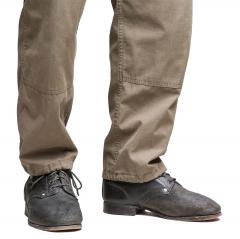 Sometimes you encounter stuff that's so horribly wonderful you just can't help yourself but buy it all. Such articles are these Soviet/Russian navy service shoes. The Veshmeshok of the footwear world - rugged, rough, and look very much like something out of the early industrial era. Used by Russian sailors not-that-long-ago, but these examples are unworn.

Like a regular men's shoe, but from the Soviet Union. Meant for military use, so the materials are tough (thick leather mostly), the details of the workmanship sloppy, and the whole thing is modeled probably after some 19th-century clog. These will probably break you in overtime. The soles are NAILED on, no cheap glue trickery here. Comes with either a leather insole, cardboard/leather insole, or no insole at all, we can't really say which is the worst.

A slick salesman could say you can really see the healthy signs of handcrafting in these, and he wouldn't be actually wrong either. To us these paint vivid images of early industrial era cobblestone streets, lice, and bad work conditions in unheated factories. You really don't get stuff like this from regular clothing stores! In all honesty, these do have way more character than the Chinese injection molded polyurethane floppies filling the shelves these days, and definitely do not meet any CE standards.

This classic leather-soled boot is "cool in summer" and extremely slippery in winter. A cobbler could probably nail or glue on rubber half soles on these if required. Or you could do like in the old days - apply tar on the soles. However these come with a solid rubber heel piece, which is pretty much indestructible, so at least you have that.

Being a very old-fashioned-looking piece of footwear, these would fit all kinds of historical re-enactment quite well. Moreover, the basic durability is better than on most reproduction boots and we probably don't have to say anything about the price. Also, no hobnails, so these can be used indoors too...

We would recommend getting a new pair of laces to go with these (80-100 cm). The originals might be horrible or too short or something.

Sizes in standard EU/French size, in the brackets the recommended foot length. These are meant to be worn with thick socks or footwraps. You could also cheat a bit and add two insoles on top of each other.

These are unissued and unworn but don't expect perfection, these are pretty damn crude. Possibly a one-off lot.

Some comments from our employee

Blinded by the sweet marketing talk, I was conned into buying these. After measuring my foot, I just trusted the Soviet size, and oh, the fit was perfect. Well, as perfect as it can be on a pair of shit shoes like these. In all honesty, the last is shaped more like human feet than many modern alternatives.

We're really not bullshitting with the talk of crudeness - my shoes had an uneven number of eyelets straight outta the box, and what's more, I had the pleasure to bang flat a few nail-like thingies poking from the heel. It's the joy of doing stuff yourself and trying to cope with the hand you're given that sets these apart from most modern stuff.

I collect Soviet uniforms, and so was looking for a pair of these. Real Soviet navy shoes are pretty rare, and are usually sold from Ukraine for up to €40, WHEN they are available.

As far as the shoes go, they're simple, of course. However, they're not really uncomfortable, and they look nice as well.
0