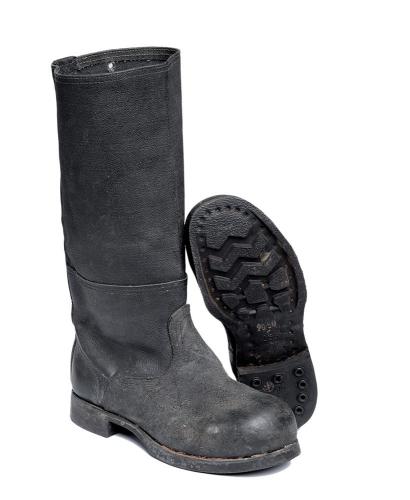 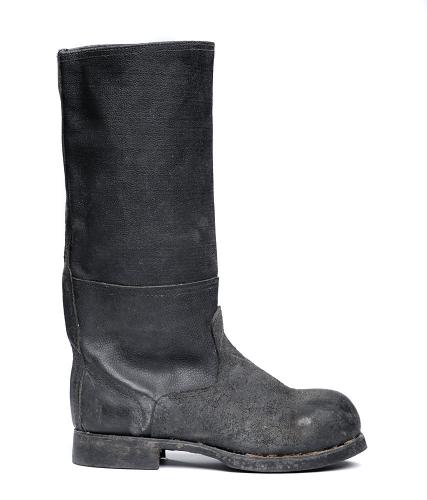 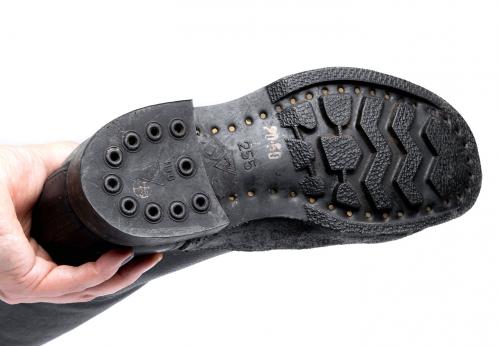 A one-off lot of Soviet enlisted men's Kirza boots! The crudeness makes these rather charming, but the boots are no joke. These are more wintery in appearance, or they may be just a manufacturing variation. Only a handful in stock! 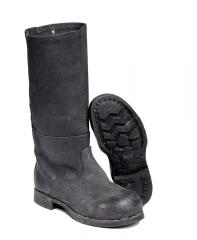 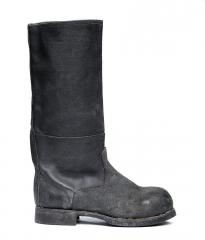 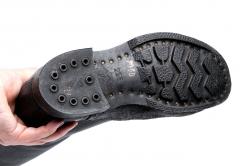 A one-off lot of Soviet enlisted men's Kirza boots! The crudeness makes these rather charming, but the boots are no joke. These are more wintery in appearance, or they may be just a manufacturing variation. Only a handful in stock!

While the model was taken into use during World War 2, they wore these officially up to the 90's and unofficially even beyond.

The outsole is rubber, which is nailed on leather midsoles. The lower is made of surprisingly good quality, thick unlined leather and the shaft comprises of Kirza with a leather support strip on the back. Kirza (or some call it Kersey) leather was one of the most important developments during the war, saving hundreds of Roubles when they made soldiers' boots. The inventor, a chemist named Plotnikov, was given a truck ton of money and the hallowed Stalin stat Prize medal for his efforts. To the best of our knowledge, he wasn't even transported to Siberia. Kirza leather is still made today.

Sizes in the Soviet system, which is first the recommended foot length in millimeters, then EU/French size. These are roomy enough for thicker insoles and proper woolen socks or footwraps.