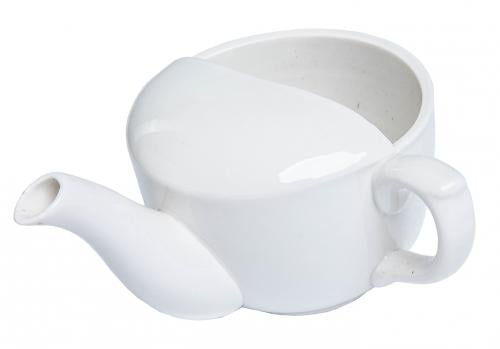 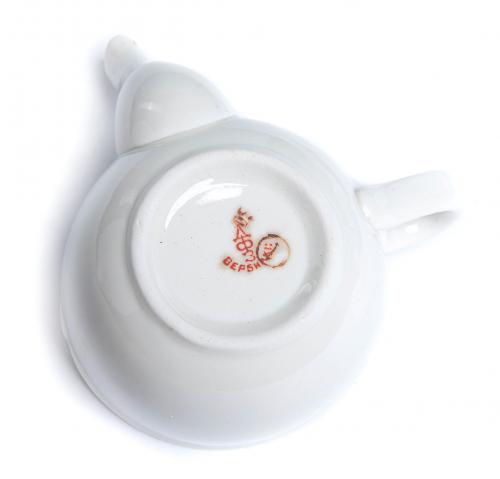 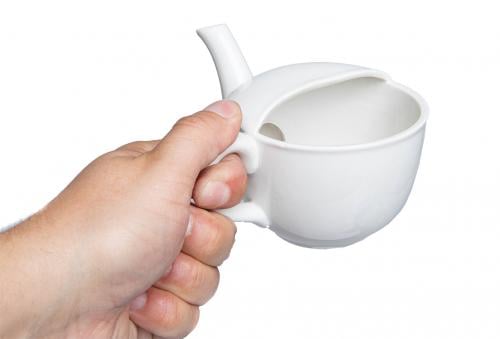 Soviet patient hydration cup, proper porcelain, bloody hell. For playing the doctor in the spirit of the Red Army, for props in Alice in Wonderland-themed tea parties, and for collecting. A small batch and we probably won’t get more. So, if this sort of curiosity speaks to you, now’s the time for action, comrade. 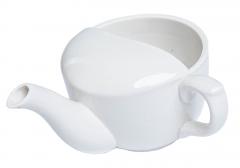 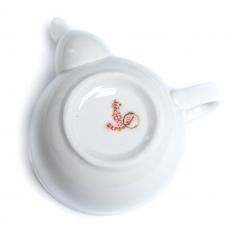 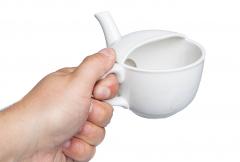 Soviet patient hydration cup, proper porcelain, bloody hell. For playing the doctor in the spirit of the Red Army, for props in Alice in Wonderland-themed tea parties, and for collecting. A small batch and we probably won’t get more. So, if this sort of curiosity speaks to you, now’s the time for action, comrade.

When you take this cup in your hand, it might feel like a strange hallucination created for the tea party of the Mad Hatter. However, the psychedelic design is there for a reason. These are hospital drinking cups, used by nurses to hydrate patients who can't move enough to do it on their own. Sort of like people usually tend to be in the morning after the New Year's Eve and other important and sometimes non-important celebrations.

Some of these can be used, some unused. Because this is Soviet surplus and we don’t know where people have been sticking these, you should wash them properly before use.

Old porcelain is tricky because it is possible that lead has been used in the glazing process, Therefore we recommend these primarily for collecting.

Probably the coolest Soviet relic I have.
Well made, and very nice. I ordered 3 and they all arrived in one piece (each, that is). Luckily I had ordered some wool blankets with the cups, and they were all packed within the wool. Outstanding job, Varusteleka packers!
Great job getting them safely here to Kentucky, USA.
0

Report abuse
Vesa Varusteleka employee 27.07.2021
Hi Robin, I'm sorry the cup arrived in pieces. We certainly didn't ship it that way but it's porcelain and we cannot control how the delivery services handle the packages. In cases like this you should contact us in the customer service and we'll help you out. I've sent you an email from [email protected]
0