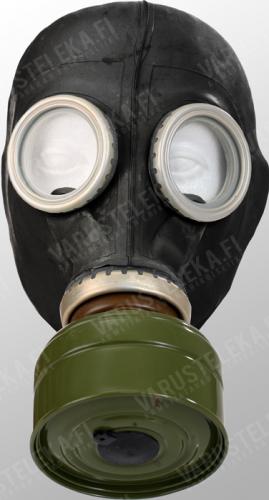 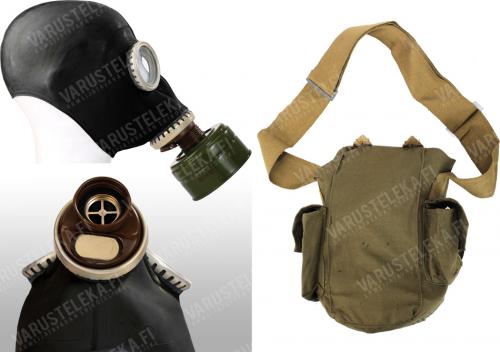 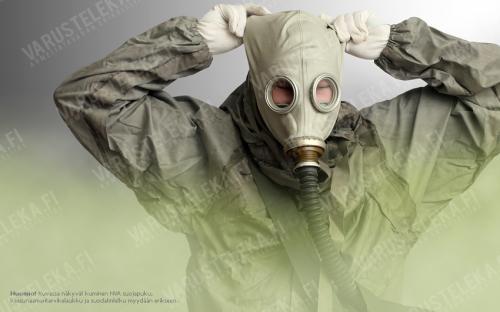 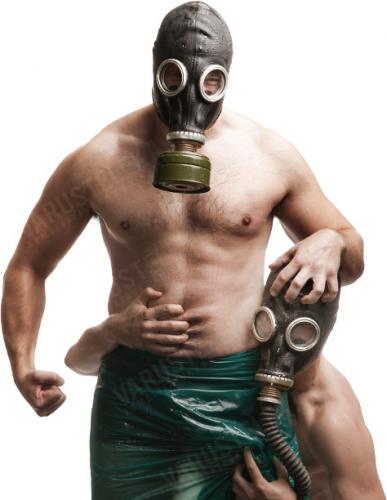 Leave it to the Russians to use a rubber sock as a gas mask for a century. Apparently, the manufacture ceased along with the Soviet Union, but modern Russia still uses this type - it does work, after all. Included is a cotton carry bag. 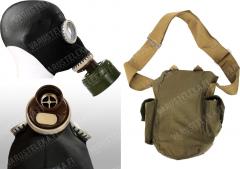 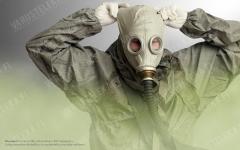 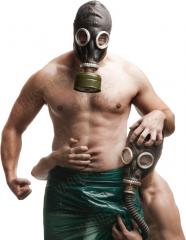 Leave it to the Russians to use a rubber sock as a gas mask for a century. Apparently, the manufacture ceased along with the Soviet Union, but modern Russia still uses this type - it does work, after all. Included is a cotton carry bag.

This general configuration has been used in Russia since the days of WWI and reached its current looks in WW2. This is the most basic infantry model, just plain sock with glass eyepieces. Most of these are civilian GP-5 masks, some might be Schm-41 military masks. As a liberal, Western army shop, we are against segregation it's all forms, so you don't get to pick between civilian and military masks. You wouldn't be able to tell them apart anyway.

As always, we sell these only as collectibles and wall hangers, not for protection from anything. These have the ubiquitous 40 mm NATO threads.

Unissued but stored for a long time, might have some talcum powder and such.

A very famous gas mask that’s a good start for avid collectors. Be cognizant that the tight rubber does not make donning the mask comfortable if you have hair.
While you can find cheaper rates at other vendors (purchased this for 14 USD), the benefit of the sale of asbestos being illegal in Finland acts as protection against bringing asbestos in your residence, which is good if you want to avoid mesothelioma.