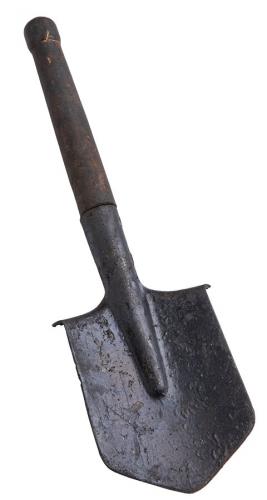 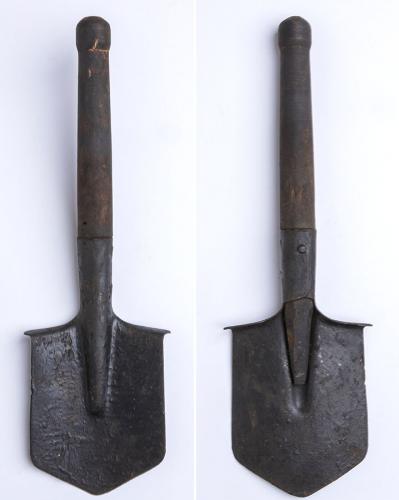 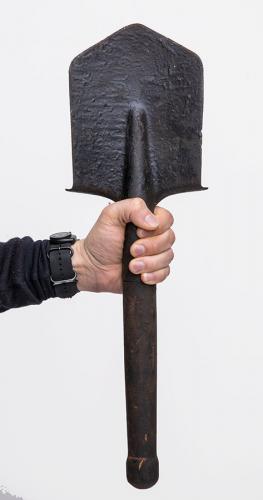 Old Soviet field spades, just the kind like used in times past. The even Soviet Union did not manage to ruin a simple shovel, so these are near-indestructible but still easy to repair if necessary. 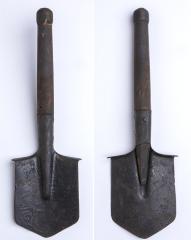 Old Soviet field spades, just the kind like used in times past. The even Soviet Union did not manage to ruin a simple shovel, so these are near-indestructible but still easy to repair if necessary.

Length about half a meter, weight about three kilograms. Constructed in a simple manner: the thick wooden shaft is just stuffed into its slot and fastened with some screws. In the very unlikely case of the shaft breaking, open the screws, pull the broken bit out, carve a new shaft, stick it in and clamp it back on.

We've seen crappier spades definitely, and these have that historical look to them. Combine that with the relatively low collectible value (at least now) and you have a versatile, usable piece for re-enacting too.

This is essentially the same article as Cold Steel's "Spetsnaz" shovel, but the real deal Soviet item. Also, these of course aren't sharpened for your throwing showoffs. Of course, nothing's stopping you from sharpening it.

Used, old, steel parts preserved in some black stuff, which can be scraped off. These were found in Estonia, where they had been kept since the Soviet era. At least the spades we fondled didn't have any markings - undoubtedly some clandestine batch! Please tell us if you find anything.

The availability is pretty random, and not at all endless.

Item arrived in condition as described. Weight about 800 grams. Came covered in nasty black goop, most likely orc blood. The black taint came off (mostly) by scrubbing the shovel with steel wool and 5-56 solvent. Rubbing up the handle while holding the blade between my legs felt like a well practiced motion, and the shovel now looks ready to become a great Christmas gift!
18