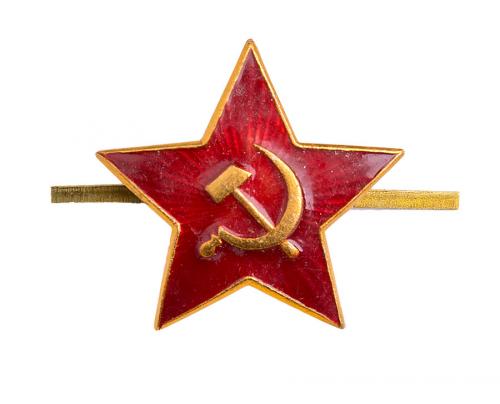 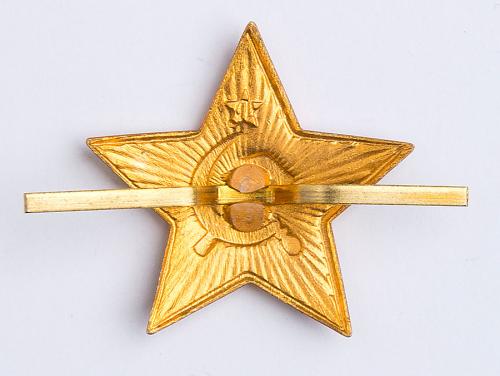 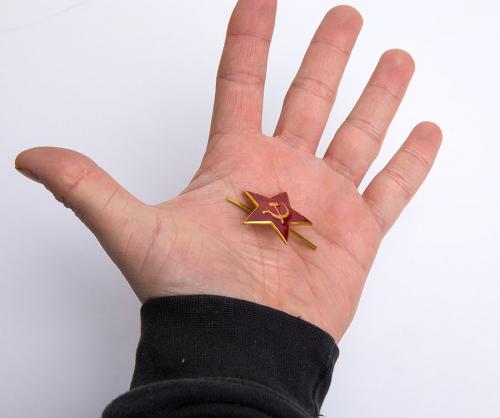 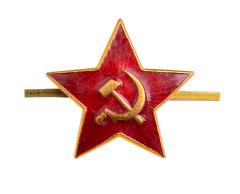 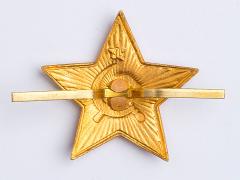 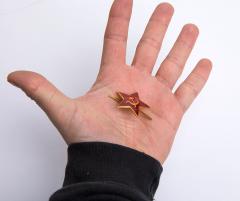 These were used by the Soviets right up till the turn of the century, carried on peaked caps, berets, and fur hats.

Apparently unissued stuff, but decades of storage have left its mark, some dirt, etc can be found.

Quite a few of my friends think I'm a Communist (they don't know what a Communist is), so I thought 'why not reinforce the prejudice?'. These look good, but are a bit fragile. Still, I would recommend them to all the comrades. Excellent site and service by the way, especially the—ahem—'colourful' product descriptions :-)
0