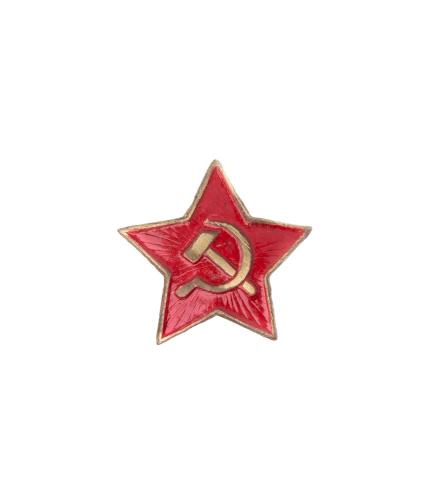 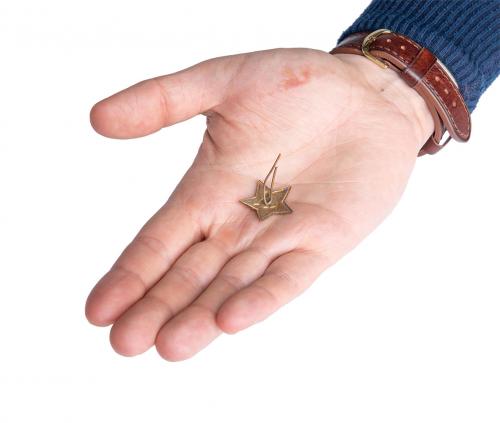 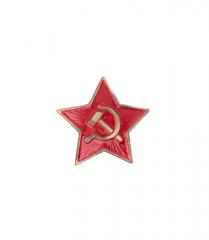 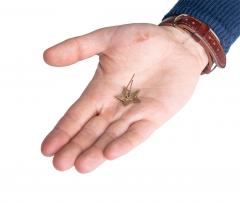 These were used by the Soviets right up till the turn of the century, carried on peaked caps, berets, and fur hats.

Apparently unissued stuff, but decades of storage have left its mark, some dirt, etc can be found.

Hello Comrades. Praise the motherland with this fine piece of soviet craftmanship, or else babushka wont get bread rations for the next month.
Its stamped out from the finest soviet sheet metal (proper thick steel is needed for tank production) which gives it sharper edges then the finest throwingstar out there.
So even if you werent issued a rifle, you can still do some serious close range damage with these sharp edges.