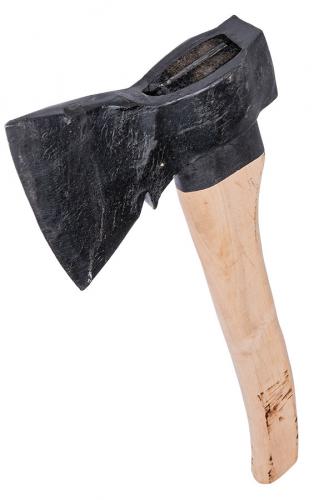 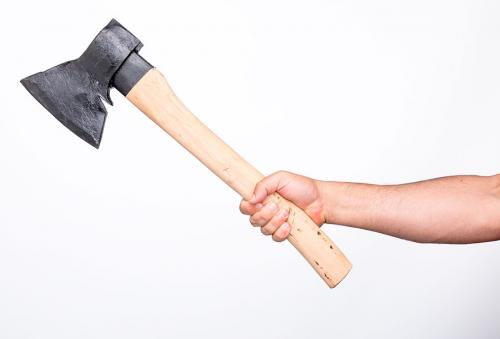 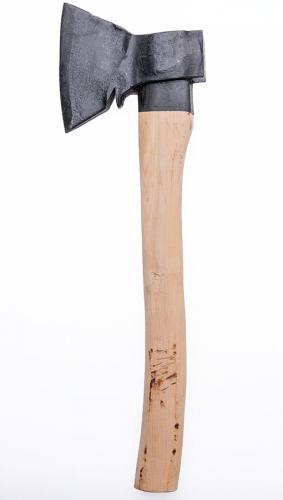 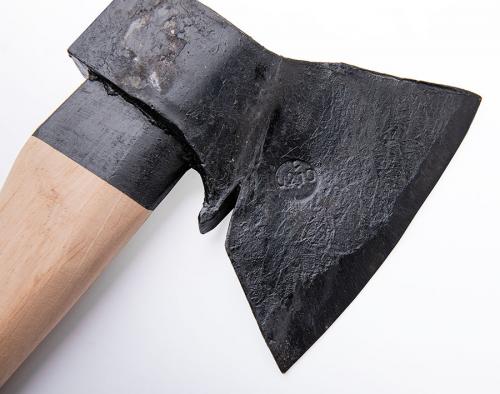 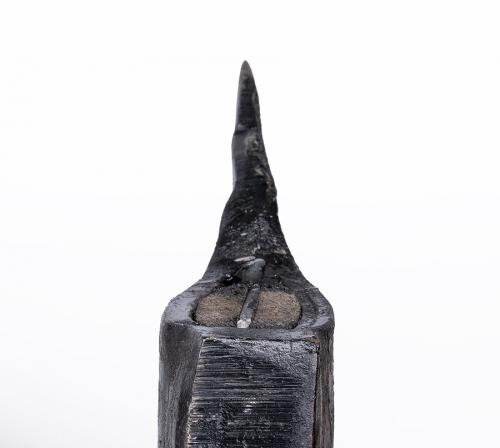 Do you like chopping wood but are not into modern axes? Instead you prefer something from the era when axes were still like MEN: big, clumsy, and stupid. Then get this Soviet axe. The "sharp" part of the blade is big enough to likely hit the target even when you're absolutely hammered. Don't try it though, it is only for professionals.

Do you like chopping wood but are not into modern axes? Instead you prefer something from the era when axes were still like MEN: big, clumsy, and stupid. Then get this Soviet axe. The "sharp" part of the blade is big enough to likely hit the target even when you're absolutely hammered. Don't try it though, it is only for professionals.

That's not an axe, this is an axe!

Look at these pictures and marvel how great this is, even the blade is about as straight as Dali's paintings. You can't get this kind of quality even from China. These kind of axes were used for butchering in Finland in the old times. So, if you need to chop some deer spines, this'll fix that, too.

The shaft is made of massive wood, the blade is made of massive steel. It probably doesn't matter with which part of the axe you hit the log, the result is the same. There's a small notch at the base of the blade, which is probably meant to prevent the shaft damage from slips. Or it is the kill count of the previous owner, who knows. The wedge is steel, so the shaft is easier to fix if it gets broken. Probably.

The length about 53 cm, the weight about 800 grams. The blade height 15 cm, the length 17 cm. Probably sharpened with an axe, so might require some additional sharpening.

The shaft end should be soaked before use so it'll swell a bit. Or keep the axe outdoors if you live in a humid climate. Doesn't work in Arizona though.

This is true Soviet military surplus. Overall in very good condition, these haven't been used much. The availability is a bit sketchy, do not expect much stock replenishment.