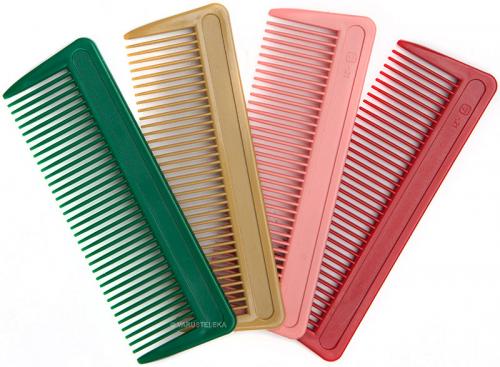 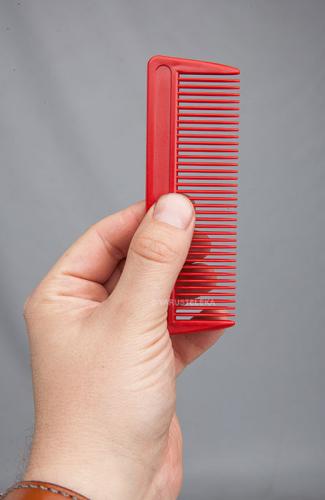 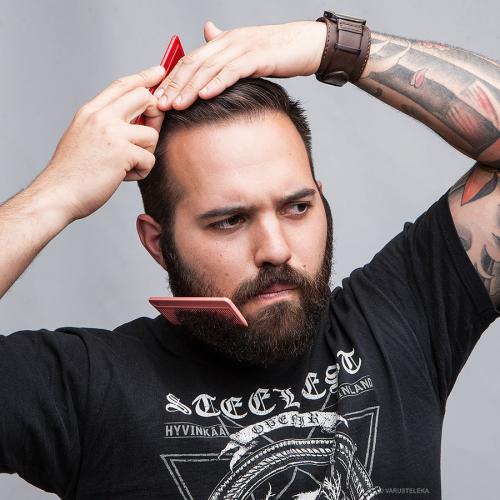 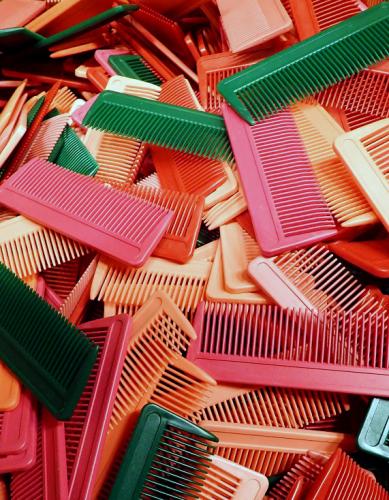 Finally army surplus combs, and not just any boring stuff, but Soviet army issue! These come in different colors from general-purpose green to real man's pink. Unissued: these were never used by comb-unists! 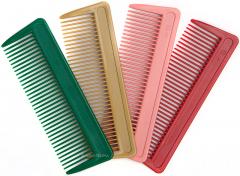 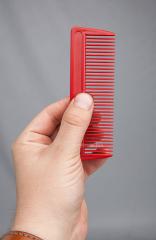 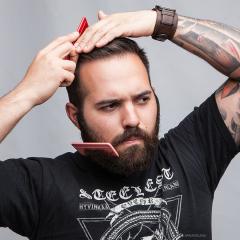 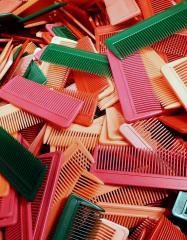 Finally army surplus combs, and not just any boring stuff, but Soviet army issue! These come in different colors from general-purpose green to real man's pink. Unissued: these were never used by comb-unists!

These make for nice gifts if you're looking for something cheap yet even somewhat interesting - everyone needs a comb, except skinheads and other baldies! These are probably color-coded for different service branches and there are even some odds and ends in the lot - we won't pick, you'll just get the next comb in the box. If you have trouble getting a pink, be thankful you're not Mr. Yellow.

While there should be quite a lot more from where these came from, the resupply to us might be a bit erratic, so to say.

These come from old Soviet stocks and have just been sitting there. Looking at the "well-groomed" heads of the Soviet conscripts it's no wonder they didn't put these into use!

It's a comb and it works, pretty well even! Hard to believe about Soviet army beauty care products, but you'll have to give credit where it is due. Some people say they have managed to break these. I wonder what they are doing with the combs then?

Of course, I bought a manly pink one. Now people throw slurs at me on the streets but I don't care.

These are combs. They work very well for combing your hair, beard, or any other hirsute body area. Also they look nice. I bought a green one.
15

Comb, nothing more, mine (pink) didn't even have any Cyrillic markings.
7

I bought this mainly to use for my thick luscious beard and it works great for that. Also on my head. Pretty durable and I like the size, not too long or short.

very good, simple, cheap comb, always useful to have on your person. i use mine as a functional collectible and it does everything i need, it has a slight indentation on the spine for better grip and is very durable. mine came in a very pleasing red. i intend on buying more on my next order for small gifts, who can refuse a good comb with an interesting origin.
4