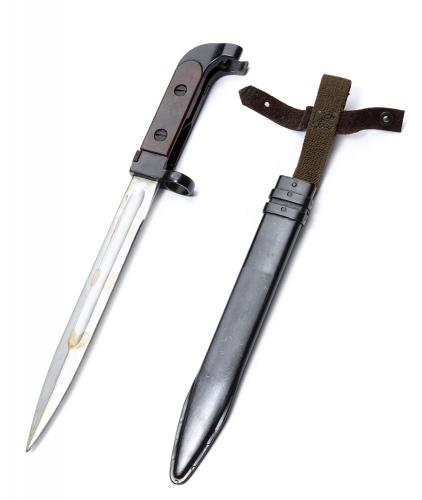 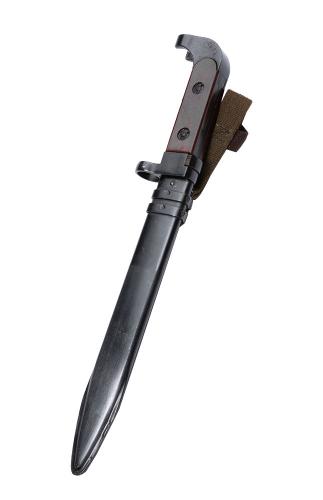 Titanium blade, because titanium is cheap (read the description for more info). 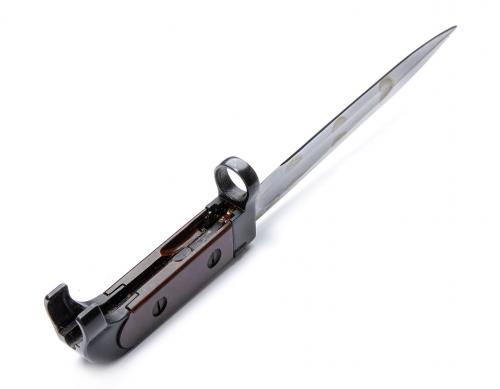 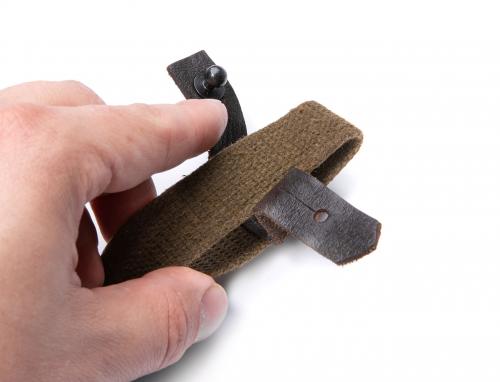 The belt loop is either cotton or leather. 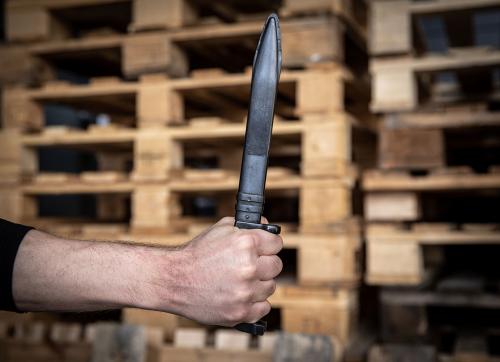 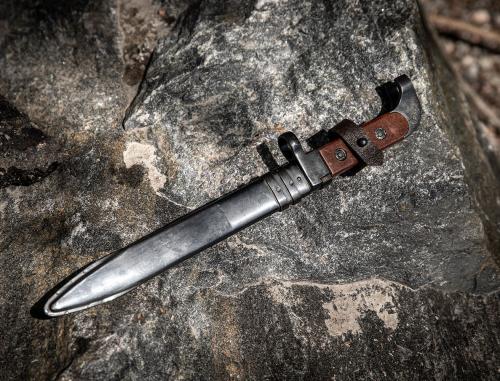 Soviet made Soviet AK-47 bayonets, complete with scabbard. These are getting scarce and harder to track down - this might well be the last batch we get. One thing is certain: whatever happens, the market price won't be getting cheaper. 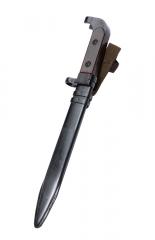 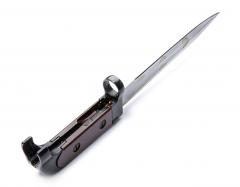 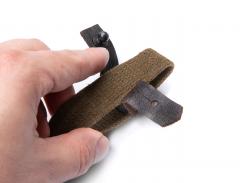 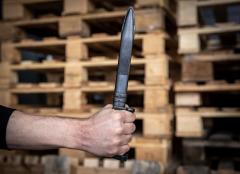 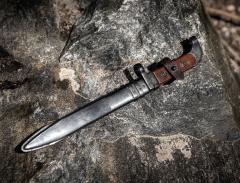 Soviet made Soviet AK-47 bayonets, complete with scabbard. These are getting scarce and harder to track down - this might well be the last batch we get. One thing is certain: whatever happens, the market price won't be getting cheaper.

These come from old Finnish army stocks. The Finnish army got these way back when they ordered AK-47's from the Soviet Union. Luckily for collectors, the army just hoarded these instead of issuing them to anyone and now decades later sold them off. all are Soviet manufacture from different factories. Some have a leather belt loop, some have cotton.

The cool thing about this bayonet is the titanium blade. The reason is this: in Soviet Union they deemed titanium to be a good material for war stuff, and also decided it's actually quite cheap. Hey presto, problem solved, now the soldiers got pretty badass bayonets for their AK's.

Warning! Before buying, please make sure that these are legal to import to your country! We take no responsibility if the customs officer confiscates your precious bayonet/knife/machete! These are perfectly legal in Finland and that is all we are interested in.

Unissued, still soaked in cosmoline. However it's a military item stored for decades, so expect scrapes and all kinds of small signs of being banged around in crates.

Cons:
-Well, considering that the blade is magnetic, it is definitely not made wholly out of titanium. It seems to be plated with titanium though, judging from the looks of it.
- Price. Considering that it is actually not a titanium knife blade, as advertised.
Pros:
-Very good condition, neither blade, nor handle nor scabbard is dinged or nicked in any way. No rust. And basic quality seems top-notch. All in all a very nice, titanium-plated, Soviet bayonet, though somewhat expensive.
3

Famous Soviet craftsmanship. They said it is titanium but they also threw in some steel as a gift from Khrushchev himself. I am as pleased as required.

All jokes aside the one I got is in excellent condition. Not beat up at all and the leather belt loop is also in great condition for its age. Worth it for a collector.
3

First-generation AK bayonet, adapted from the SKS bayonet. Pure evil collector's stuff. Next generation was already knifelike "schtyk-nozh", also usable for cutting and whatnot. This bayonet is just for stabbing, which helps to make it legendary among collectors.
I got 2 of them, one like new, leather loop, one issued twice, cotton loop. Likely some Soviet sergeant 60 years ago took home one blade destined for Finland, and replaced it with his old one.
0

I guess I was expecting a little more wear and tear. Was pleasantly surprised by the like new condition.
0

Despite the trouble I had cleaning the cosmoline off the knife, it's an incredibly beautiful piece. The "wood grips" look stunning in the sunlight.

However, I would not recommend this knife as something you could cut stuff with. As a result of the blade being titanium, it's difficult to sharpen and maintain the edge.

Report abuse
Erik S. 25.05.2020 (Edited 06.06.2021)
I have always believed that this bayonet is made from steel GOST 50G, hardness 60 HRC. Corresponding western standard is 1050 mid-carbon steel.
It has a white titanium look coating but is magnetic. These things are good for collection, but not so good for use. The handle is not handy. However, russian people sell replicas of these bayonets, so people must like them.
0