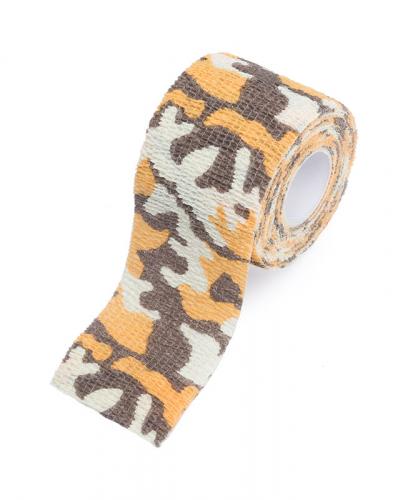 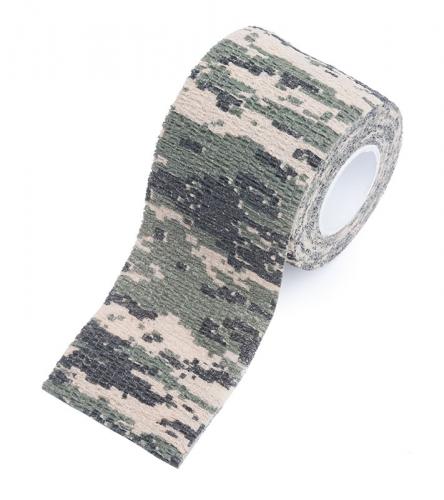 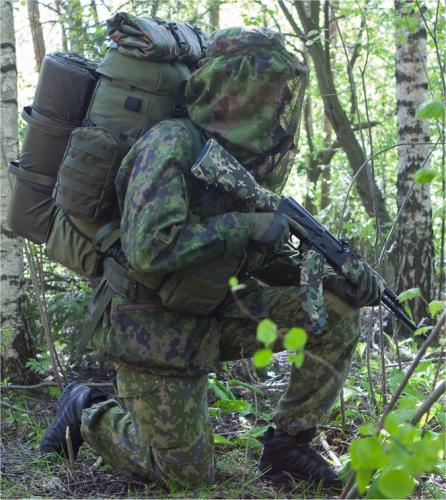 Reusable camo wrap that sticks to itself and nothing else. Excellent for camouflaging all kinds of things, as this wrap does not leave glue traces or damage surfaces. Doesn't glow when seen through NV goggles either!

Show Imperial
Show Metric
Permanently out of stock. This product is no longer part of our selection and restock notification has been disabled. 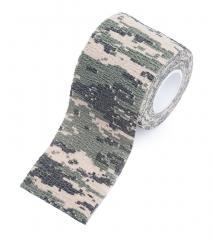 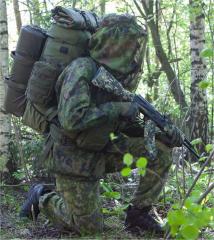 Reusable camo wrap that sticks to itself and nothing else. Excellent for camouflaging all kinds of things, as this wrap does not leave glue traces or damage surfaces. Doesn't glow when seen through NV goggles either!

The wrap works sort of like hooks and loops: it attaches to itself, best used by wrapping a couple of times over. It also gives a very good grip and is suitable for first-aid use in a pinch.

One roll is just enough to camouflage most firearms (see the picture). Reusable a few times.