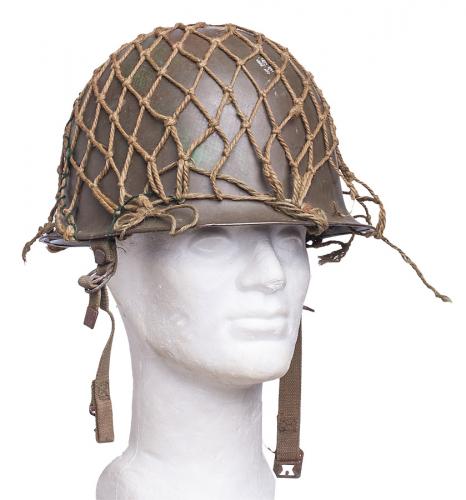 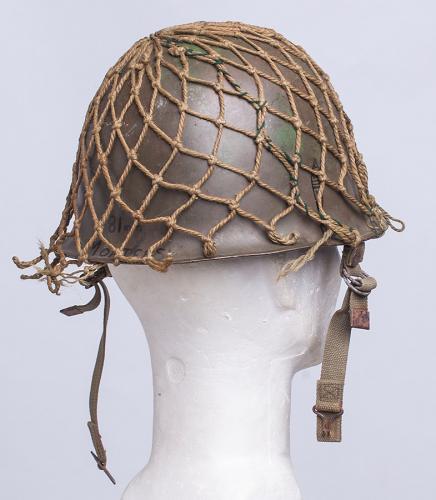 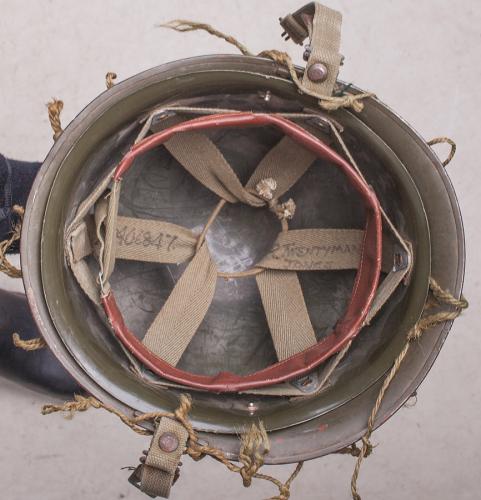 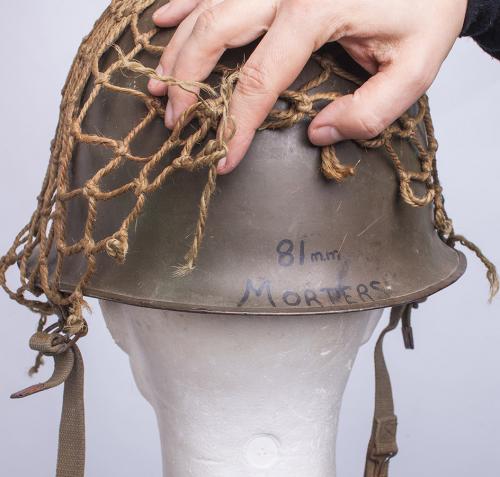 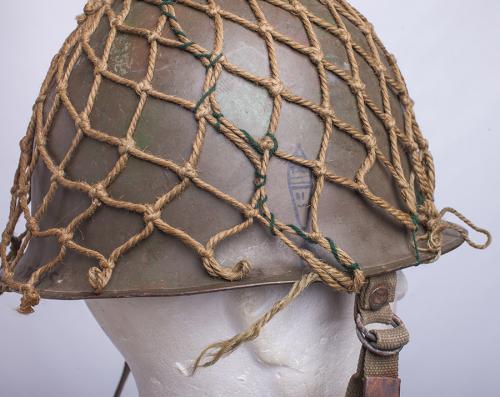 The South African M63 "Staaldak", a fine basic tin hat from the turmoils of the Border War. Works equally well as a helmet as it does as a kettle! This example has been covered with a camo net, and even decorated with "81 MM MORTERS" text with a little picture of a mortar shell. 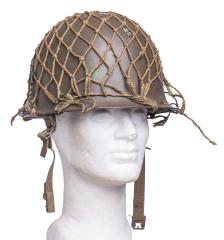 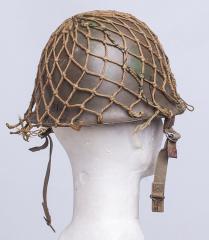 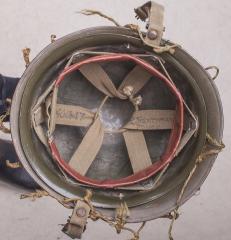 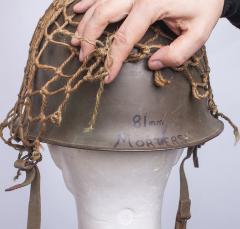 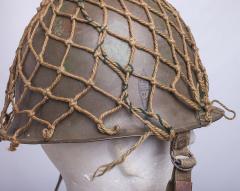 The South African M63 "Staaldak", a fine basic tin hat from the turmoils of the Border War. Works equally well as a helmet as it does as a kettle! This example has been covered with a camo net, and even decorated with "81 MM MORTERS" text with a little picture of a mortar shell.

In the 60's the South Africans replaced their elderly British Brodie style helmets with these copies of the French M51. The M63 was issued well into the 1980's after which it was replaced by the new M87 kevlar pot. Not only did these helmets serve in the South African Border War, but were also supplied in great numbers to the Rhodesians.

A two part design: the outer shell is steel and the liner plastic. The suspension is fully adjustable for both width and height. This is the standard infantry model, issued to pretty much everyone but the paratroops.

In OK used shape. Not sold as any real protective equipment!

Comments from an SADF serviceman:

"Guys do you remember when you were in the army? Well I sure do remember using my old staal dak to cook boerewors in, it sure served as a nice pot, even to boil water in! Yeah, those were the days."