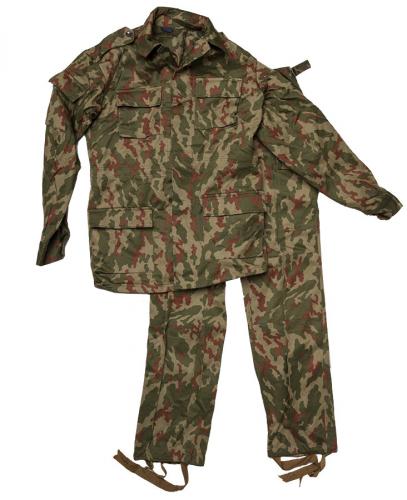 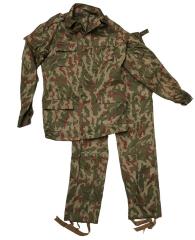 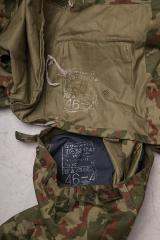 Older model VSR uniform, one-off piece made of the better quality fabric. These are slowly getting scarce. This example was made in 1994 and is completely unissued.

The "Afghanka" uniform of the 80's was more or less a copy of the American BDU, but with slight improvements.Then the Russians just updated it with various camouflages like VSR, which dominated the 90's and early 2000's. Although officially replaced first by Flora and then by Digiflora, we are pretty certain some less-fortunate poor souls still get to wear it in the far reaches of Siberia.

The size is GOST 46-4. The first two digit number is the width in standard European sizes and the single digit the length of the user according to the Russian system. We have converted the length into centimetres but, due to corruption and such, the waist- and chest sizes are not big as is usually the case with field uniforms, notably the trousers run about one size smaller than normally in the size class. Here are the recommended user's measurements: height 170-176 cm, chest 92 cm, waist 76 cm.

And as said, thisis sold as a set, so do not return only a part of it to us.

Unissued and in factory new condition.