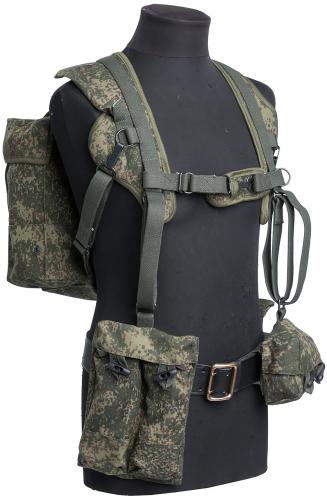 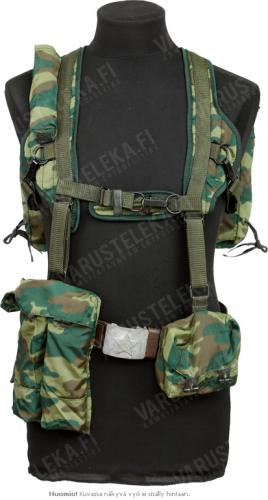 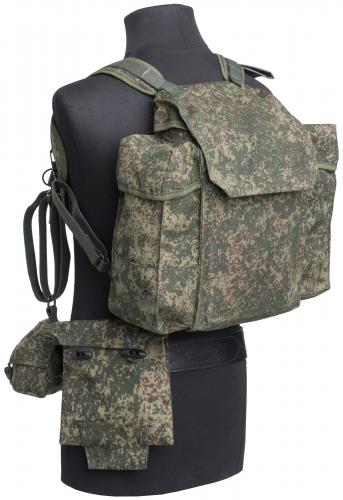 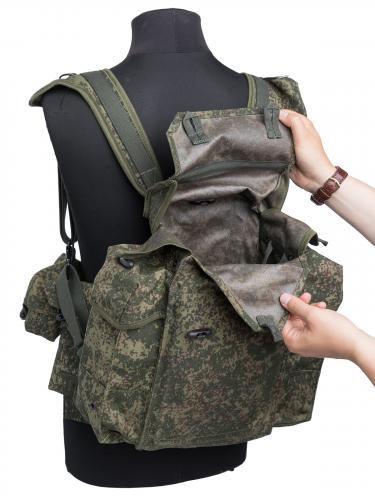 The closure system prevents anything from falling out of the pack. 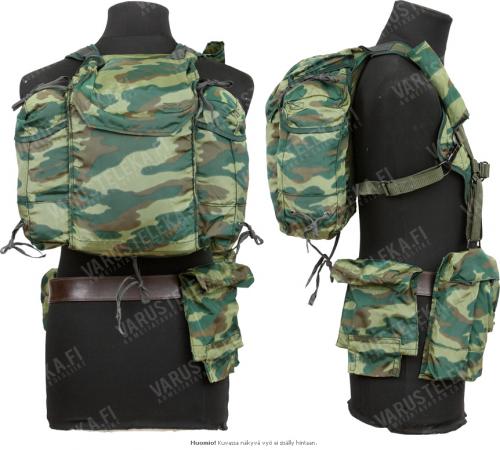 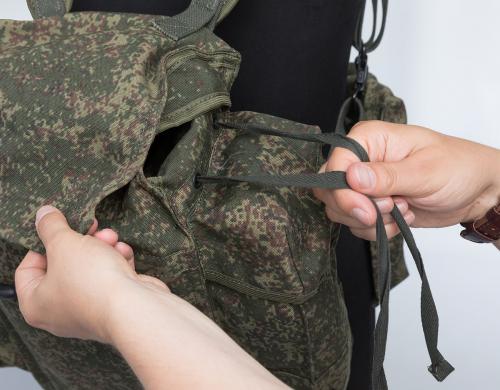 Additional tie-cords can be pulled out from inside the pack. 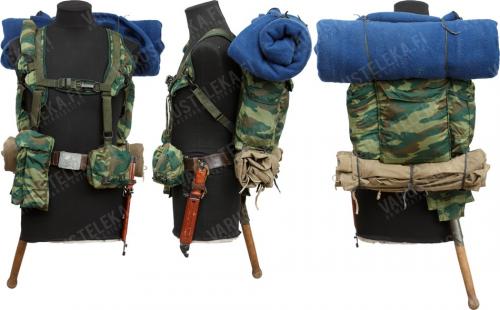 The blanket, spade, bayonet and belt are NOT included.
Soviet Union and Russia

Russian gear from the future! The RD-54 has it's origins in the 50's, but the Russian army decided to update the model at some point. These are manufactured in 2000's and are made of new supermodern material! 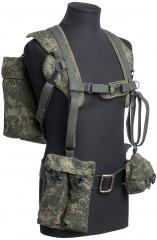 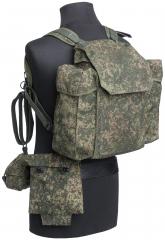 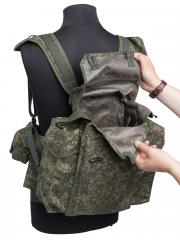 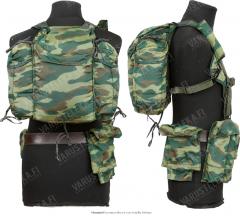 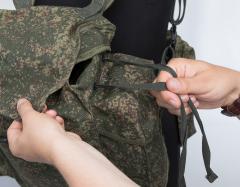 Russian gear from the future! The RD-54 has it's origins in the 50's, but the Russian army decided to update the model at some point. These are manufactured in 2000's and are made of new supermodern material!

the belt, bayonet, blanket, spade and Plash Palatka seen in the pictures are NOT included.

Still in use, the RD-54 never gave up service. We can only speculate why they still keep holding on to this webbing, it's probably some heritage manliness thing.

This is not a whole webbing set. It consists of a daysack, magazine pouch (takes 2 AK-magazines), grenade pouch and a separate entrenching tool pouch. The system is fixed, and everything except the e-tool pouch is sewn to the suspenders. You are supposed to run the standard Soviet type 45 mm wide belt through the loops on the pouches. The belt is not included. The main compartment and side pockets have tie-strings on the inside which you can pull out of the grommets for attaching more gear.

As mentioned before, the material is supermodern! We will not begin to guess what it exactly consists of, but it is nylon-like, durable and is surprisingly water-repellent, at least when new.

These are original Russian military issue items, and in unissued condition. Here's your chance to get some modern Russian gear for a reasonable price.

Let me up front and honest, due to this item being out of stock I purchased this item from another online vendor. Lesson here is, if you see an item that has caught your attention, do NOT hesitate, to order it. As soon as Varusteleka has it back in stock, place your order RFN (right f--king now). I have made that mistake more than once, to my regret of waiting to place my order. The design is basic and bomb proof, a textbook example of the KISS principle. The photos are perfect of showing off the RD-54. This is going to make a great day pack, for when you want to take a hike in the woods or an overnight if you know how to use the minimal amount of equipment. I do like the old school way of keeping this closed shut. I'm not a fan of the current fashion trend to use Velcro. This is my initial impression, will add more later once I've been out in the woods with it.
12

The RD-54 was one of my white whales as far as milsurp goes and I am certainly not disappointed. I've taken it camping deep in bear country, with the external tie-down straps it holds more than enough for a few days camping. I removed the divider in the grenade pouch to make it a first aid pouch and carry magazines for my AK-74 that I carry in case a bear isn't deterred by bear spray. Love it and am glad I finally pulled the trigger.
0