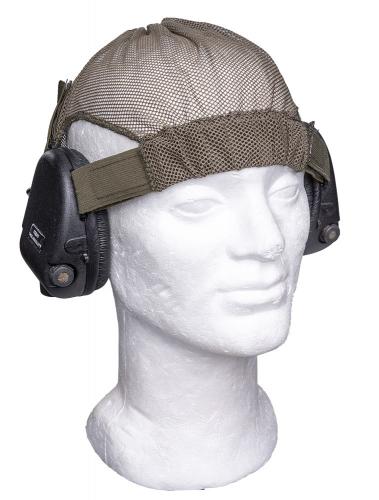 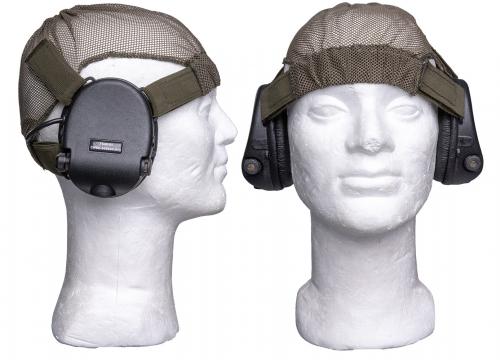 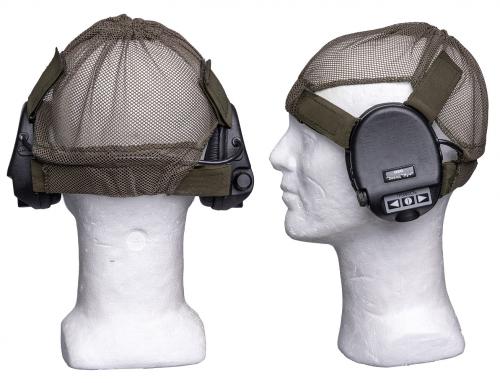 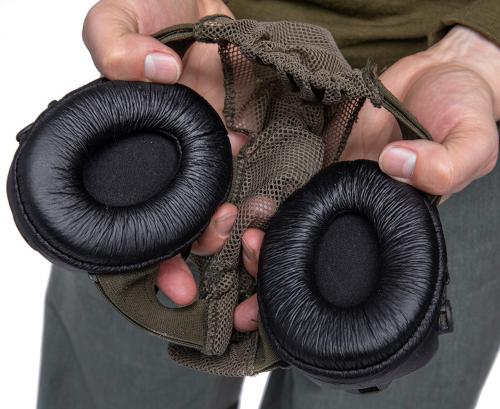 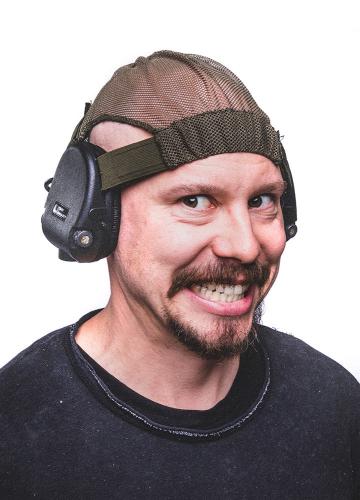 RATNIK! There, that didn't hurt your ears, did it? It's the latest Russian combat kit system. These GSSh-01 6M2 sound-amplifying earmuffs are comfortable to wear and fit easily under most helmets and Boonie hats thanks to the lack of a headband. 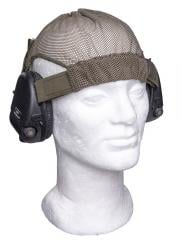 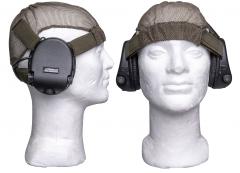 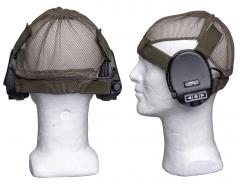 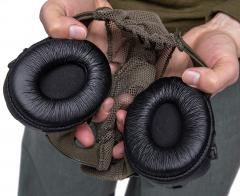 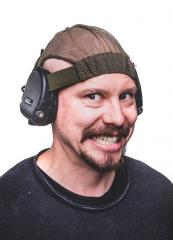 RATNIK! There, that didn't hurt your ears, did it? It's the latest Russian combat kit system. These GSSh-01 6M2 sound-amplifying earmuffs are comfortable to wear and fit easily under most helmets and Boonie hats thanks to the lack of a headband.

* We recommend buying a new battery because if you happen to get an original Russian one, the shelf-life is probably expired.

Protecting your hearing from gunshots and other loud noises is a must, but plugs and muffs also isolate you from your surroundings. It can be inconvenient on the range when practicing or competing, and simply lethal in dangerous situations.

Electronic earmuffs ("Active") not only use their directional microphones to let you hear what's going on, but they actually amplify quiet noises while suppressing loud ones. Unfortunately, all kind of nagging about occupying territories and stuff sounds just as irritating through these.

Features three buttons for easy on/off and volume control. A Russian beep is heard at either end of the adjustment range so you know when to stop trying.

Russian military stuff is combat-proven and good to go but has not been tested to meet various western standards to our knowledge. Practically speaking these work like any shooting earmuffs we've used. If you are a concerned citizen, we suggest looking at 3M/Peltor and Sordin earmuffs instead.

These are pieces of combat equipment from the Russian army warehouses. Mint condition, considering that factory new items from Russia may look a little scruffy even when new. If you own a real AK you know what we mean.

Look at panties on head, is better!
18

Decent headset for the price. Sound quality isn't as good as a Peltor sportac. Fitting is alright, I have a big head but it wasn't a problem, doesn't move around much. Altough it feels and looks like you're wearing an underwear around your head.

Wearing this with a helmet (in my case, Gentex-Mich 2000, size XL) can be very tricky but possible. It takes a lot of effort to put everything right everytime, all those slings are a mess to sort. Also in my case, it tends to become very hot and it's just not really comfortable at all, the fit becomes very tight because of the sides of the helmet applying pressure on the headset. I didn't test with a 2002-like cut or an opscore but it should definitly be better.
3

Took this out for a 4 day FTX this weekend, and overall, I think I am satisfied. I do own a pair of heavily used (by me) Howard Leight Impacts for reference.

+ It works pretty well most of the time, you'll notice some slight feedback in the form of static while its on most of the time, but this can usually be remedied by turning the volume down, which is pretty easy to do with the three buttons you're given (decrease volume, off/on, increase volume)
+ It's actually extremely comfortable to wear with and without a helmet (US Army issue ACH), though, depending on the type of straps, may take some finagling to clasp on.
+ Pretty good at blocking out sound, I noticed that some gunfire still escaped from a distance of 20m or so, which is still pretty damned loud, but again, this can be remedied by turning down the volume.
+ Makes an extremely humorous sounding meaty thwacking sound any time it detects a dull but loud sound, like slamming a bolt forward for example.
+ Can handle blocking out up to 81mm mortar rounds within a few steps away (see note in - section)
+ Can take a pretty good beating, I did whack it once and it shut itself off, but I was able to turn it back on again.
+ Can handle some pretty intense weather conditions, including but not limited to: desert heat, spontaneous day-long 30mph winds, and getting rained on (though I don't think I'd submerge them in water)

- Must have a break in period or something, because although it can block out 81mm loudness, it only did so without shutting off after a few rounds.
- Has about a 30min auto shutoff period, regardless if they're still on your head or not. Whether that is good or bad is up to you, but it gets annoying having to press and hold the power button every so often during use.
- Feels very cheap, but that's about what you can expect from Russian kit
- It takes a singular AAA battery, meaning, it will only last about 2 days of near constant use (wore it while I drove HMMWV (a LOT), wore it firing rifles (zeroing and on the range), wore it for mortar fire missions) so take a few spares with you wherever you wear them.
- You'll get strange looks and "WHAT ARE THOSE" often, I find that more of a plus quirk, but I know some people have delicate sensibilities
- That said, they do look kind of goofy with just a normal kevlar pot, but I consider it a small price to pay for the comfort they give.

Like I said, despite having its multiple quirks, it's sturdy, and it proved itself in some crap conditions, so I'm satisfied with my purchase.
6

I have a set (sadly, not from here... but, I wanted a set!!!), and let me tell you... they work well! They feel like they're cheaply made, yet they're excellent at noise cancellation! Your ad says that these use a single AAA; not mine! Mine use 2 AA batteries, and I'm using IKEA cheap batteries... with constant use, they're still in good shape! I often work inside noisy server farms, and co-lo facilities. The fan noises are often loud! The last time I worked in one, I took these with me; normally my ears are ringing when I leave... not this time! I turned up the volume, so that I could hear things... but, the fan noise triggered the noise cancellation! When I left, my ears weren't ringing! They're also pretty comfortable! All in all, a good buy! I love this store; just wish you guys had one in the US!
0