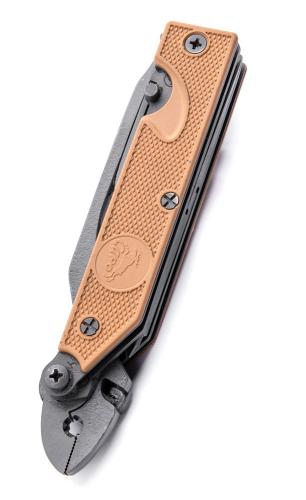 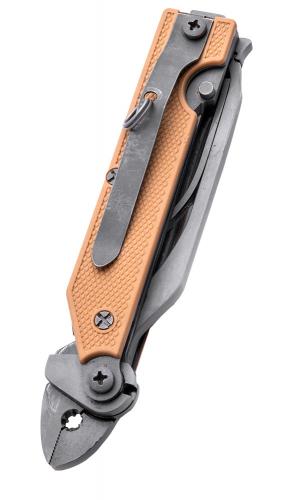 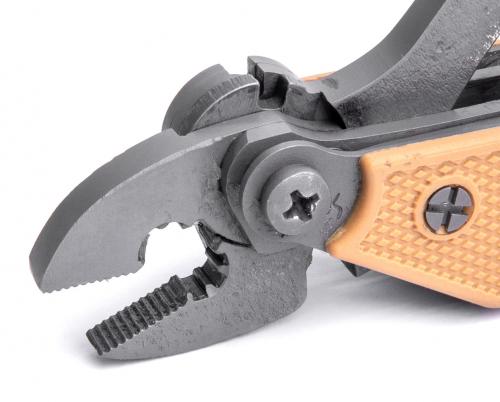 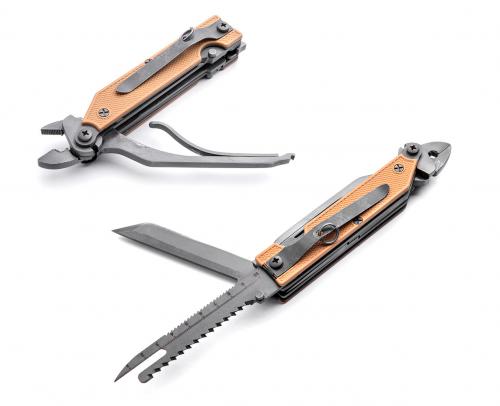 All the blades are one hand openable. 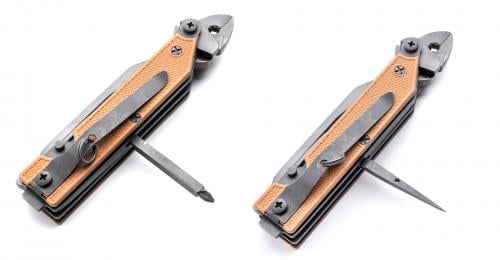 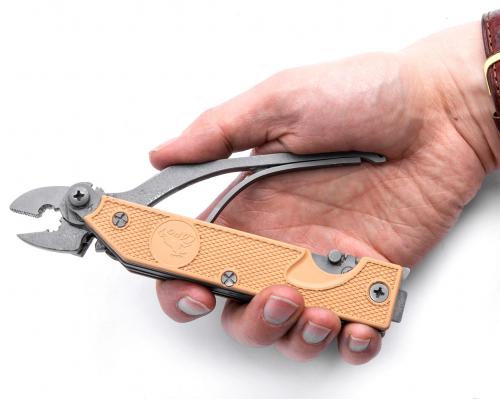 The pliers can be opened more than the picture shows. 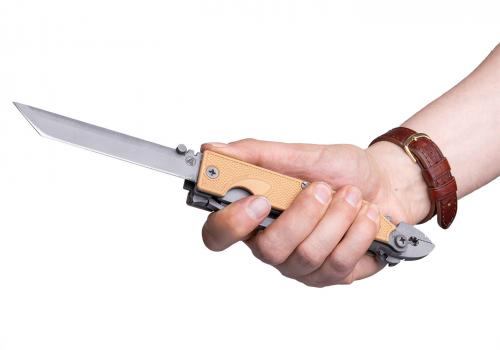 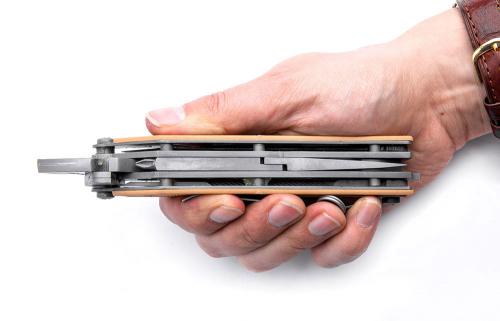 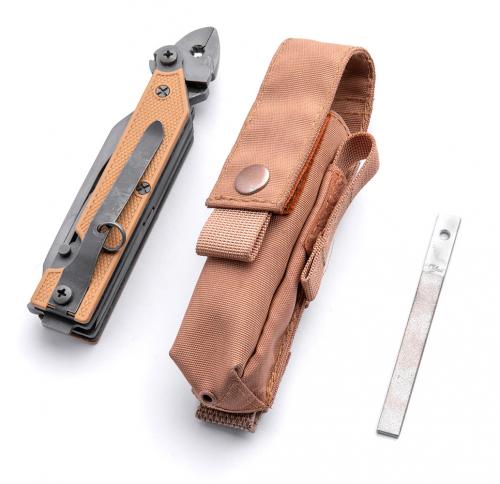 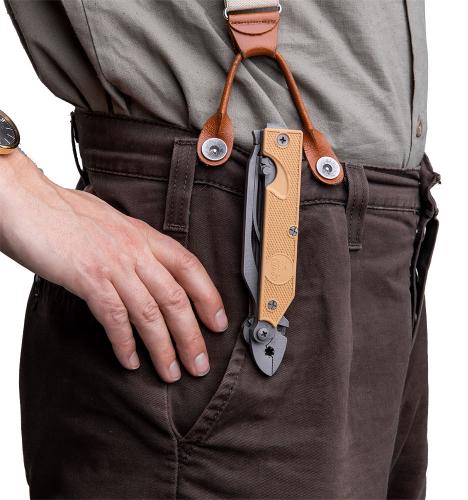 Some perspective of the sheer size of the tool.
Soviet Union and Russia 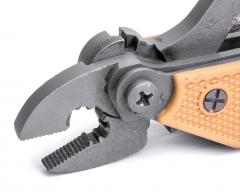 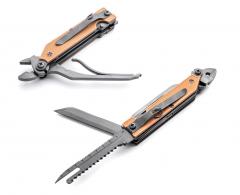 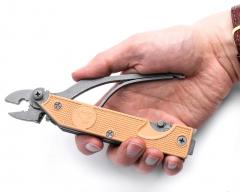 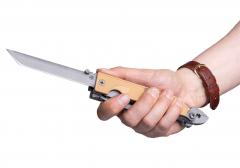 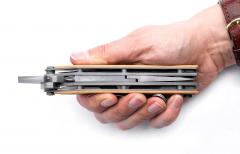 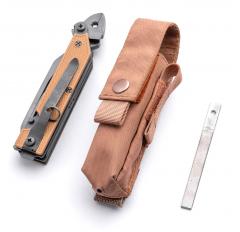 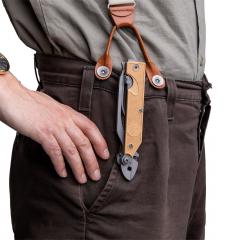 If you think Leathermen are sturdy, we guess you got it all wrong, Ratnik 6E6 tool is to the multitool world what Ivan Drago is to boxing; the burly Russian that will pound things until they work or don't work. But unlike the good old Drago, this tool is a real thing - trust us, what you previously thought was sturdy will feel like children's toys compared to the Ratnik tool.

One actually great feature of this tool is the fact that every piece is readily available without having to open up the tool first. Moreover, the blades are one-hand operated, and in theory everything else too. The whole tool can be disassembled for maintenance.

How many ways to hammer it right?

On the front you'll find a pair of massive pliers, which also have detonator crimpers and wire cutters/peelers.

A "knife", which is essentially an 11 cm long Tanto bayonet. Thread cutters on the base. Locks open and is one-hand openable.

Saw/can opener/saw 2/ruler. This thing looks like it's designed by the Klingon empire. The 10 cm long ruler is apparently only meant for the interrogator to know how deep the thing is in the person being interrogated. Lockings and openings as above.

Phillips head screwdriver, the most common size. By material strength we suppose this works as a punch too.

A punch, which not only is almost impossible to fold out but might be the sharpest and violent looking piece of steel created. It's also meant for sewing, so it also has a hole for the thread to go through. Sewing with this thing looks like bayonet practice.

Fire steel at the rear end. Also works for general pounding and as a large flathead screwdriver.

A metal belt clip with Hager ring. These are probably tested by a platoon of Spetsnaz grappling with them.

Also included is a MOLLE compatible pouch and a diamond file.

These tools are straight from the Russian army warehouses. They might be slightly used, but virtually as new.