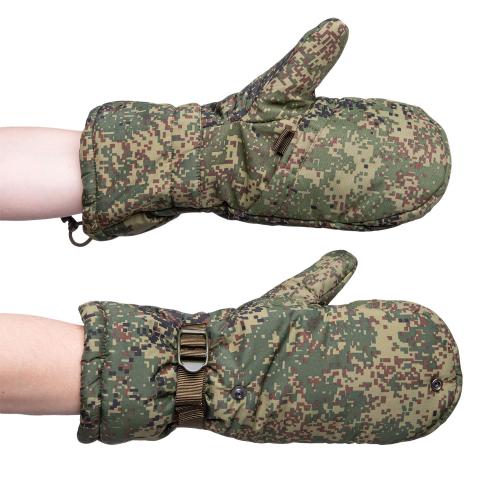 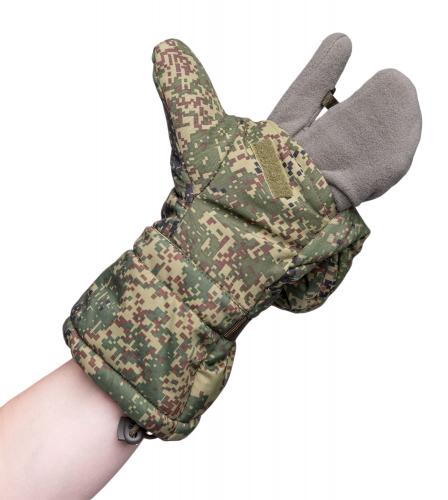 The front flips up, revealing the liner mitten with trigger finger and everything. 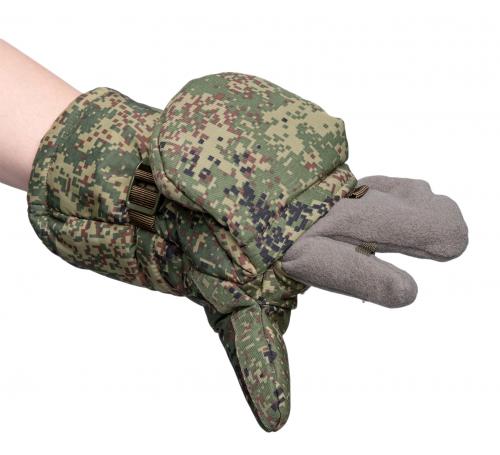 The folded front part is fastened with a small snap. 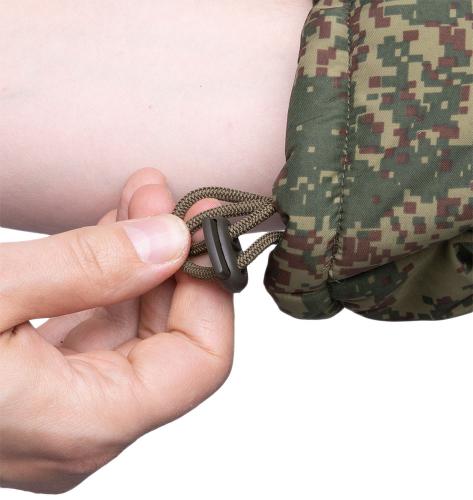 Adjustment cord on the cuff. 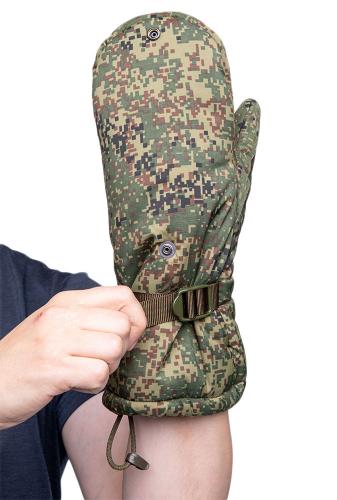 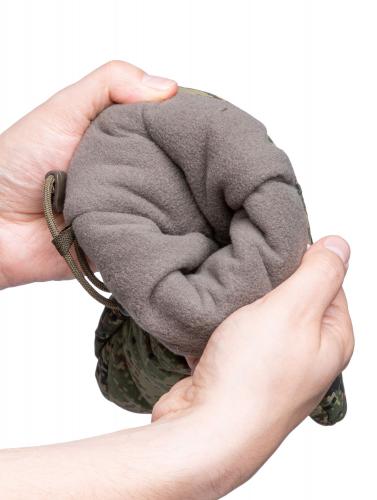 A view inside.
Soviet Union and Russia

A pair of veeery proper combat mittens of the Russian army. Superbly warm, very lightweight, and open up in the middle for some sweet trigger-finger action. Unissued stuff. 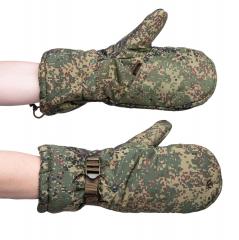 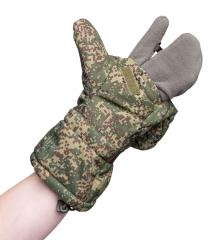 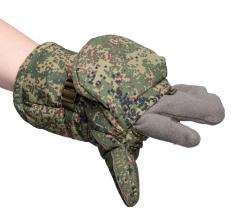 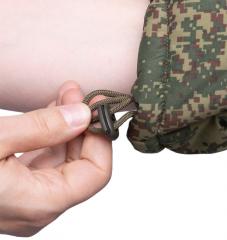 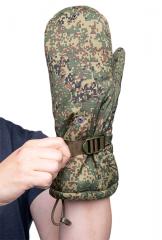 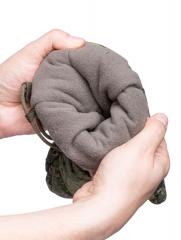 A pair of veeery proper combat mittens of the Russian army. Superbly warm, very lightweight, and open up in the middle for some sweet trigger-finger action. Unissued stuff.

In the 2000s in the Russian army they redid the whole palette according to Putin's macho fantasies. This meant a thorough modernization process, at least on the paper. But as you can see, something hasn't changed, as their issue kit is now on sale in some Finnish army store. Has anything changed after all? Enough with the philosophizing, let's talk about mittens!

The top material is thin but extremely dense nylon fabric, the same stuff as used in Digiflora winter stuff. The fabric is pretty much windproof and very water-resistant. There's a fixed lining of polyester batting on the inside. The whole palm is made of stronger nylon stuff and folds up over the back of the palm if you need to do some fiddly stuff, like fire a weapon.

There's also a fixed liner mitten made of comfy fleece, which has a separate trigger finger. This modular solution is pretty smart, as some air between layers will increase the insulation effect.

Two sizes, pick the one you usually go with and you'll be happy.

Wow!! I’m soo glad I bought these! And I don’t really need them. I mean, I have a lot of good mittens but this is something else. And this price!! The only “downsides” are that only the fleece might be not that warm, obviously, and they are quite bulky. Too much even to have them in the pocket of the särmä smok (size L mittens). Anyway, very warm and you can get out the whole hand if needed (thumb included, not shown in the pictures) so for driving for example in winter are great. Or even just going out with the kids and handle basic things like keys, clothes, whatever. They will be my most used gloves for sure. When it comes the usual 20 minus, these will be a great thing to have. Not to mention that everything works as it should, strong and well functioning adjustments. And again, for this price just get them as spare or emergency gloves. Straight from Putin’s warehouse!!! Come on!!!
5