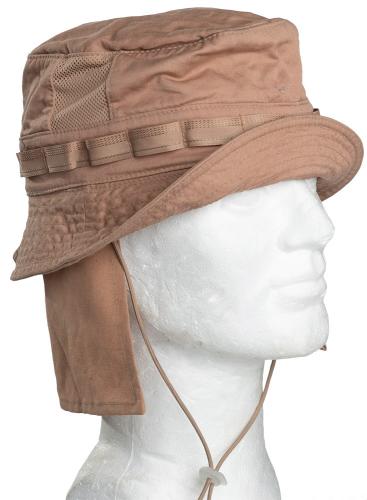 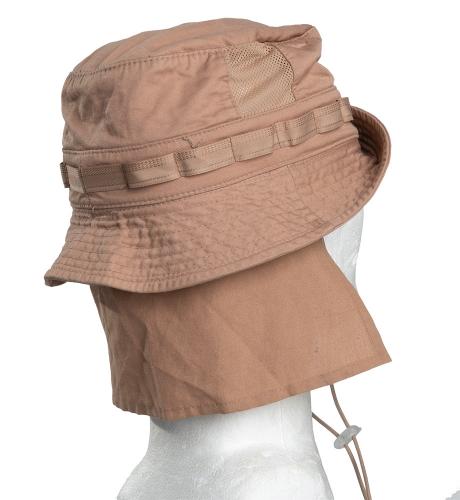 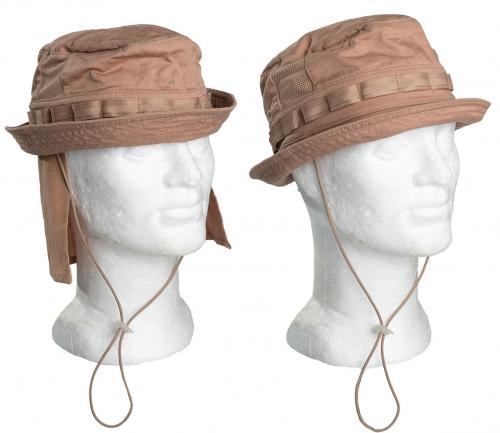 The brim can be worn in many ways - all of them ugly as hell!
Soviet Union and Russia 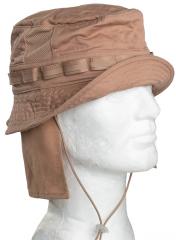 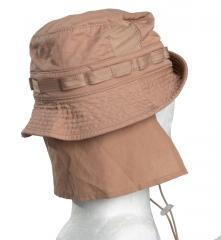 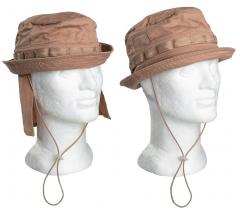 The "BTK" series field uniform clearly has its heritage in the late Soviet era Afganka uniforms, which were actually quite modern. A part of the uniform is this Boonie hat. This is hands down the ugliest motherfucking hat ever made. It looks just as horrible no matter which way you wear it. However, it does the job, which is to protect the noggin from the sun. You are also supposed to pin on a clumsy metal cockade on the front too. Moreover, these are finished with a pinkish scheme, not unlike a pig's skin. No wonder, this is what the Russians call the uniform - 'piggy'.