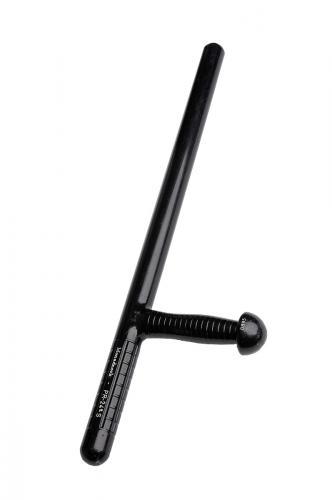 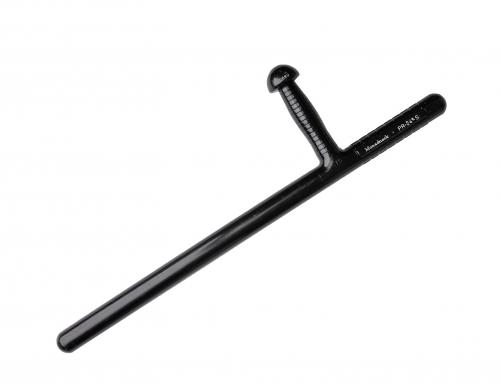 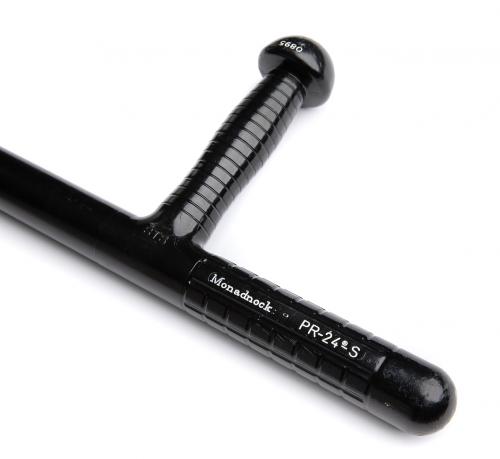 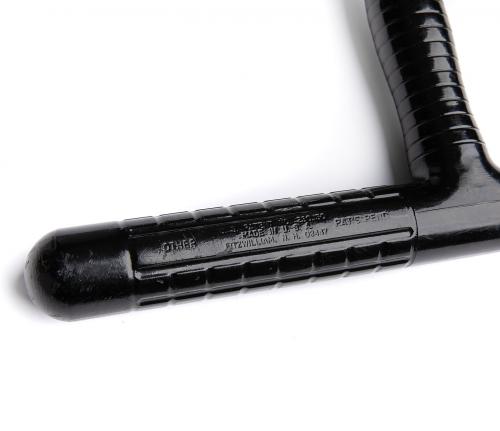 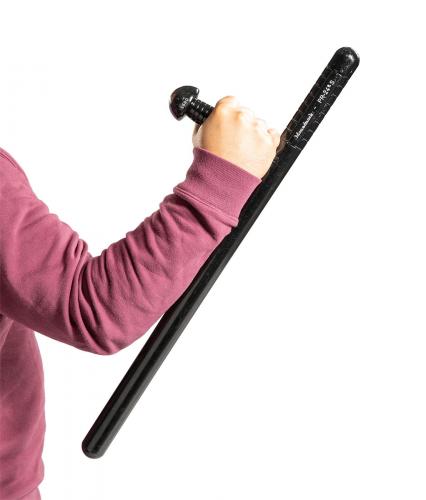 The iconic Monadnock PR-24 police baton, strongly influenced by the Okinawan tonfa. Famous from the American police series but these particular batons come from Britain. Sold for collectors, don’t play cops and robbers on the streets. Only in your bedroom if your spouse likes it. 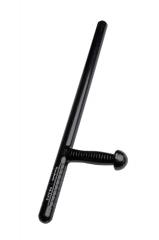 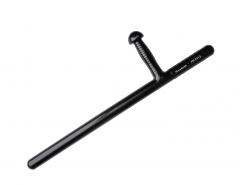 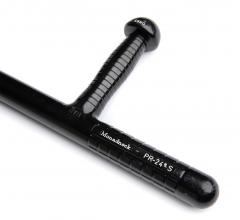 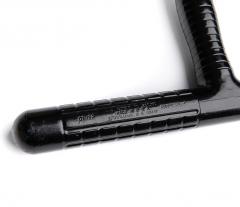 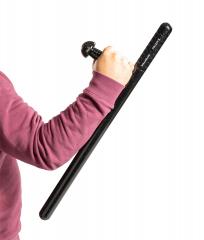 The iconic Monadnock PR-24 police baton, strongly influenced by the Okinawan tonfa. Famous from the American police series but these particular batons come from Britain. Sold for collectors, don’t play cops and robbers on the streets. Only in your bedroom if your spouse likes it.

Billy club, truncheon, nightstick, the beloved child has many names. Throughout history, police have carried various kinds of batons. For a long while, they were basically straight clubs. Then in the early ‘70s, the side-handle baton was introduced to US law enforcement. Thanks to the big martial arts boom, it was heavily influenced by the traditional Okinawan weapon known as tonfa, which is used in Kobudo and some Karate styles.

The most famous law enforcement version is the Monadnock PR-24, and people started calling similar batons from other manufactures also PR-24. From the US, it also spread to some other countries. However, the use of solid batons has been declining in recent years to make way for telescopic batons, Tasers, and pepper spray.

This is the one and only Monadnock PR-24, in particular the STS version that features the so-called Trumbull stop at the end of the side handle. It is the buttpluguesque knob that keeps the handle better in your grip. There are other versions on the market, without the stop, expandable shafts, etc.

With proper training, the side-handle baton is a more versatile self-defense and crowd control tool than a straight one. Without proper training, you will most likely get more dents than the opponent. It is used like a tonfa, with the exception that tonfas are usually used in pairs whereas this is used on its own. In addition to striking, you can use it for blocking while protecting your forearms from the impact, as well as locking and controlling the opponent.

Note! These are sold purely for collecting purposes. Make sure you follow your country’s legislation for purchasing, owning, and carrying such items.

Used British law enforcement surplus. These might have some tiny scratches but since the material is tough as hell, they are in very good condition. A lot cheaper than a new one. Made in the USA.