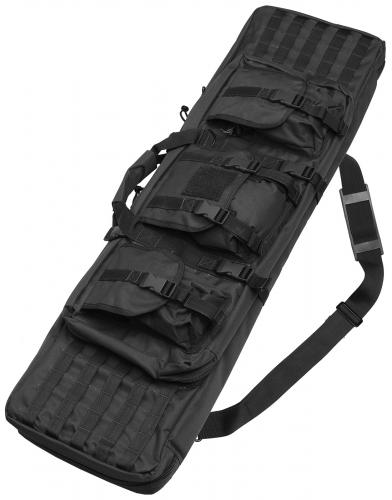 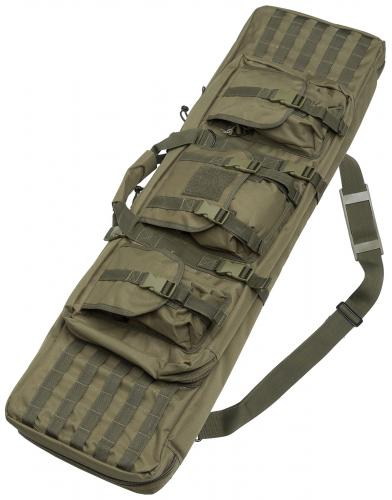 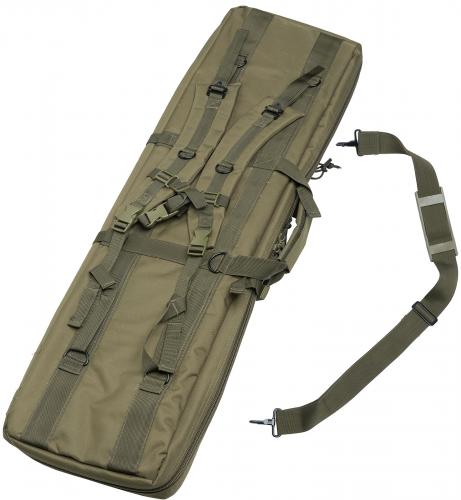 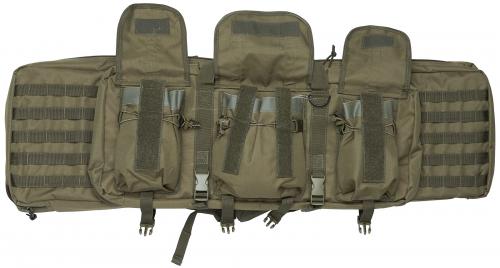 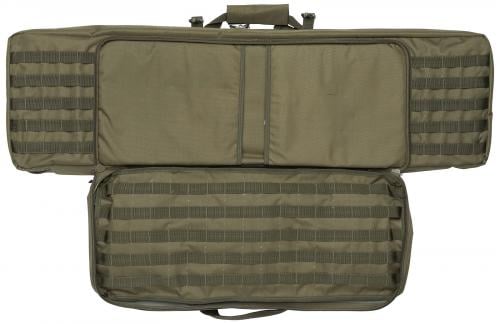 The smaller compartment has two padded pockets and PALS-webbing inside. 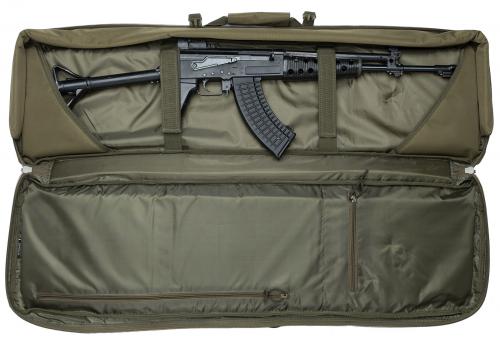 The content of the main compartment is secure and won't escape through the zipper.
Mil-Tec

Big and black. A good gun carry bag with tons of storage space and a cheap price tag. 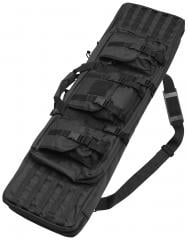 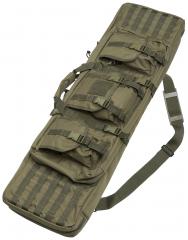 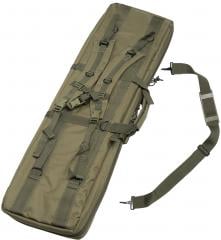 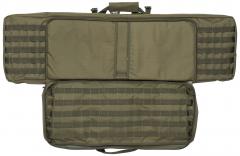 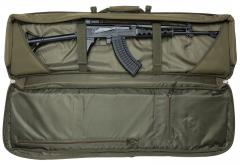 Big and black. A good gun carry bag with tons of storage space and a cheap price tag.

The carry bag has handles and attachment points for shoulder straps or a sling. Padded straps and a sling are included.

The small compartment will fit most smaller firearms such as the MP5 series and similar.

NOT COMPATIBLE with at least the following: FN FAL, M14, M1 Garand, Kar98K.

My previous rifle and shotgun bags were of the thin and contoured kind, that only fits the firearm and nothing else. While these still have their use, sometimes it's nice to set out to the range without carrying several packs and bags. I usually carry more than one firearm, ear muffs, specs, mags, and plenty of ammo - it all fits in this beast.

I was hesitant to buy this at first because Mil-Tec is not one of the brands I hold in the highest regard. In fact, it wasn't until a colleague of mine said a few good words about the bag, that I bothered even to take a closer look. After giving the PALS-webbings and other seams a few solid tugs I decided it's worth a shot. I put US M-1944 straps on mine and it has served me well for the past years. Even if you usually don't trust Mil-Tec too much, this bag seems to be an exception.

This item is correct in every ways : zipper D, pouches / velcro / buckles, foam protection (even on the sides) and the possibility to carry more then one gun. My Sub-2000 fit perfectly in the small compartiment. And all for a decent price and fast shipping. Too bad they don't make a longer one !
3