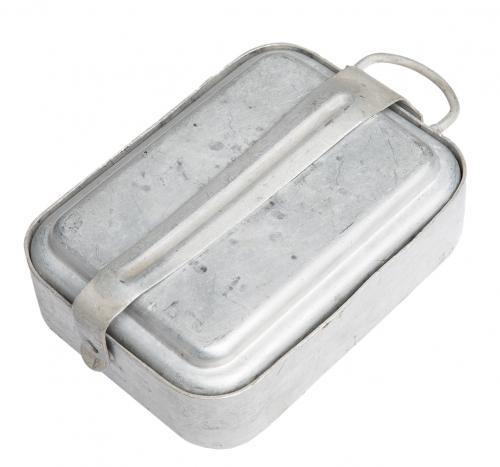 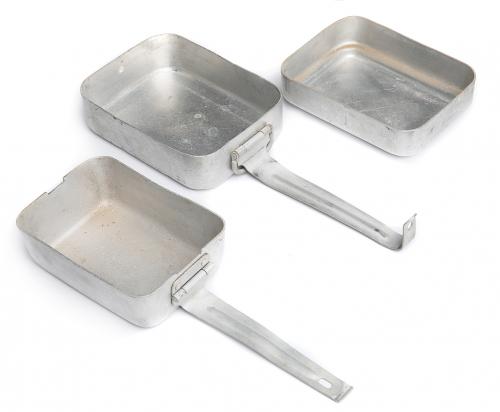 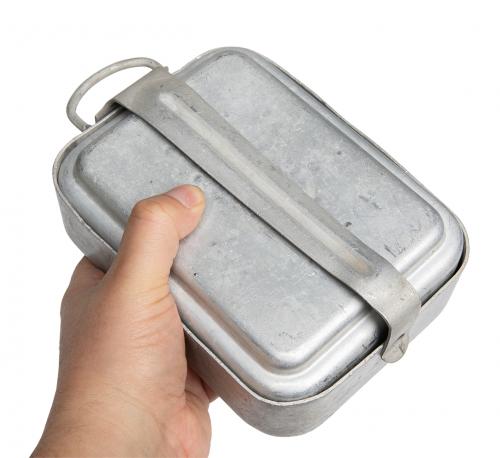 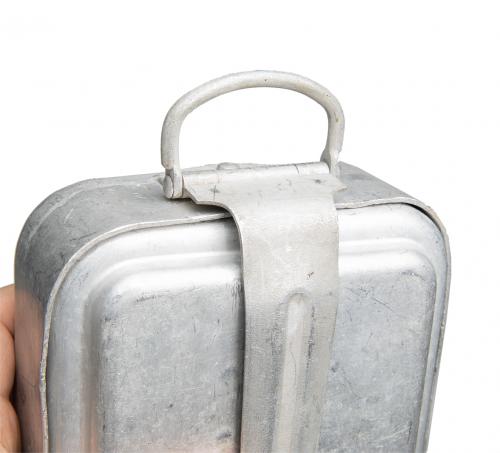 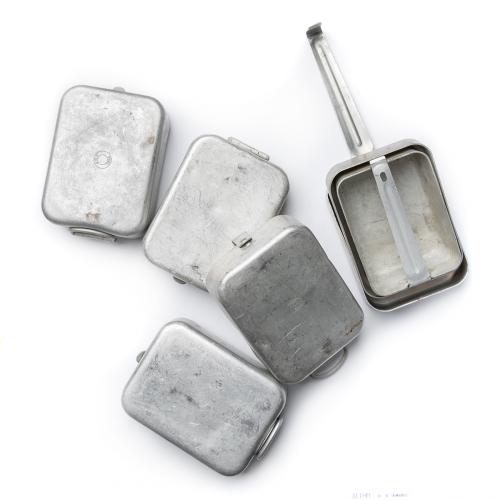 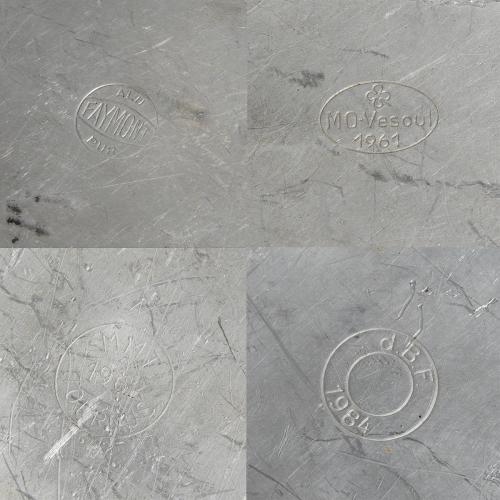 A bit like the British square mess kit, but just to rub it in French folks had to make it better to match the differences with British and French food. Might have seen some action but still in serviceable condition. Three parts, so you can eat all the courses from their own dishes amidst the airstrike like a civilized person. 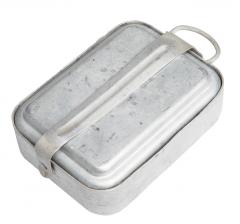 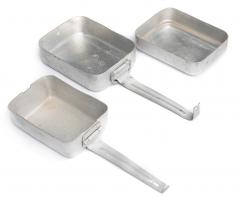 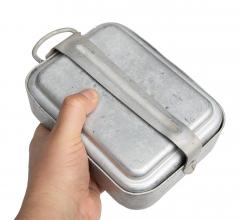 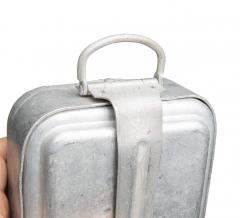 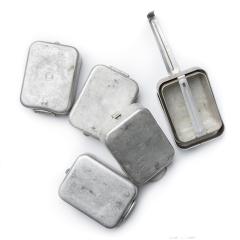 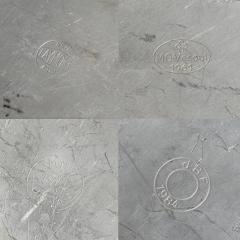 A bit like the British square mess kit, but just to rub it in French folks had to make it better to match the differences with British and French food. Might have seen some action but still in serviceable condition. Three parts, so you can eat all the courses from their own dishes amidst the airstrike like a civilized person.

The French military came up with this wonder of military gastronomy after WWII. The model 1952 was such a masterpiece that it was used in all French military missions from Indochina to Algeria and up until the 2000s. Some of these mess kits might well have seen some action.

The British two-piece mess kit is already a pretty nice piece of gear. However, their old rival of course had to make something better. The French mess kit is made of thicker aluminum, it has THREE pieces, and they go together more snugly.

Two of the containers have a folding handle, so you can use them as frying pans, scoops for your tent sauna, or hand bailers, when your assault boat has been shot full of holes. These weigh a bit over half a kilo which is nice because this kind of good ol’ gear should be a bit heavy, dammit! However, if you want to reduce the weight, simply leave out the middle piece. The outer piece has a pretty heavy-duty carrying handle, and the whole package locks in place so seamlessly that things won’t go flying even when you carry the kit from the handle. As a matter of fact, they lock in place SO nicely that it takes some practice to detach the pieces from each other.

Used French military surplus. These have some scratches, and there can also be small dents. Some previous owners have also scraped their initials on these. Nevertheless these features just give them some rugged charm, just like dueling scars at proper universities. None of these have any bullet holes, so your soup will stay in the containers. This kind of solid metal kit won’t really get ruined unless you end up in an artillery strike and then you have other things to worry about.

Very robust. Fithy on arrival, cleaned up nice with Barkeeper’s Friend and some scrubbing with coarse sponge. My set comes apart with some effort but nests together snug without rattling. Marked MMT, the stamping is clear enough but kinda shallow. Dated 1960. Has abundant “character marks” and two dents but nothing that impacts usability. If they were a bit cheaper, I’d probably get a few more in an effort to collect all the stampings.

I think these are neat. No intention to eat out of it. Best used as a durable container for various other things needed in a BOB or a camping pack. Not “lightweight” by modern standards since it weighs almost as much as the badass stainless steel Dutch tins. For an anachronist camper, however, these are worth gushing over.
0