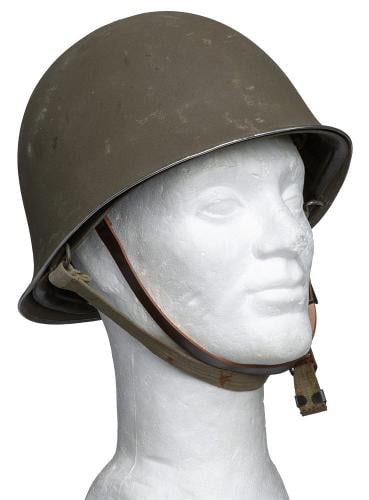 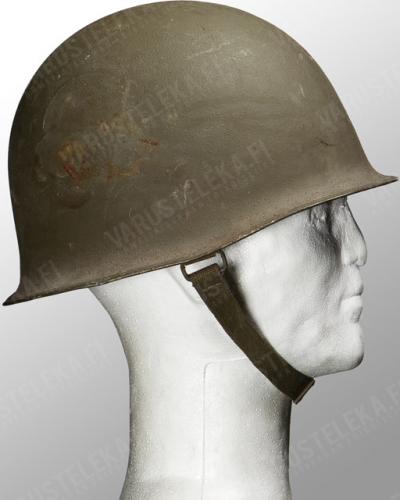 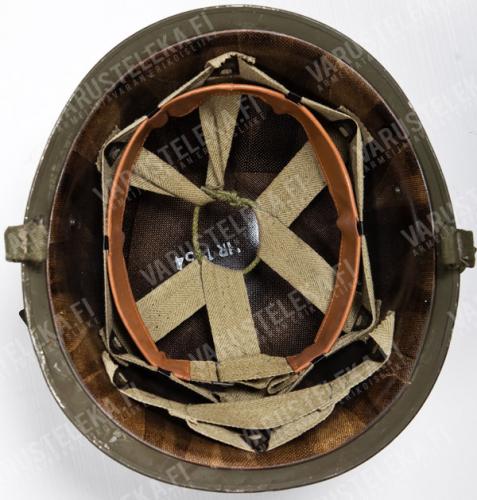 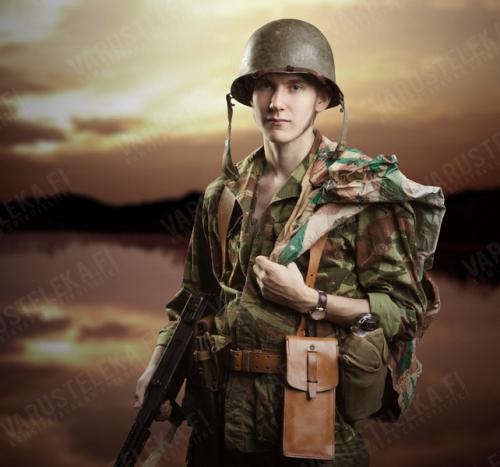 After WW2 the French decided to copy lots of their equipment from the Americans, this helmet being a good example. The M51 served the French in Indochina, Algiers and many other small wars of the late 20th century.

After WW2 the French decided to copy lots of their equipment from the Americans, this helmet being a good example. The M51 served the French in Indochina, Algiers and many other small wars of the late 20th century.

Much like the American M1 steel pot, but a tad more ball shaped, otherwise pretty similar, especially the liner system. These saw widespread use in any continent the French tried to colonize. The South African Defence Forces copied the helmet for their own use during the 60's (M63).

In used, but good serviceable condition. Not sold as any actual head protection, only as a collectable.