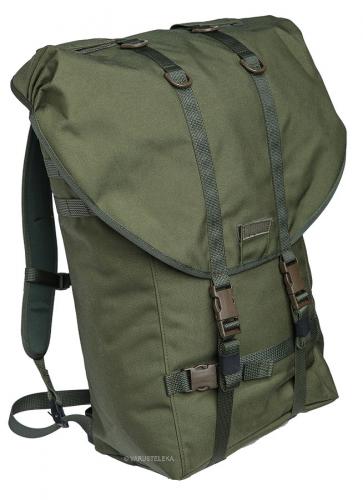 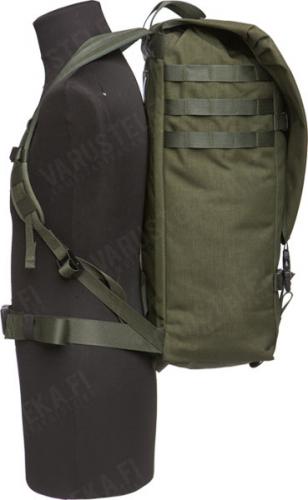 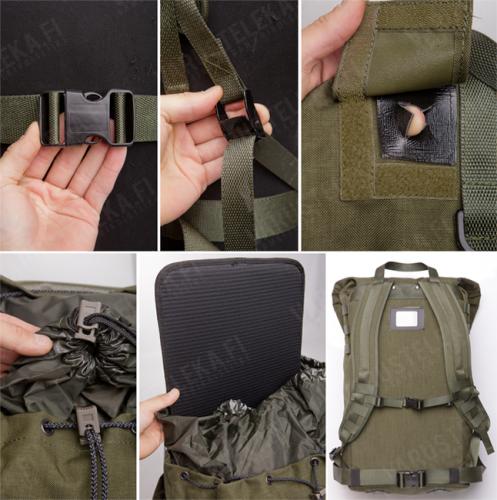 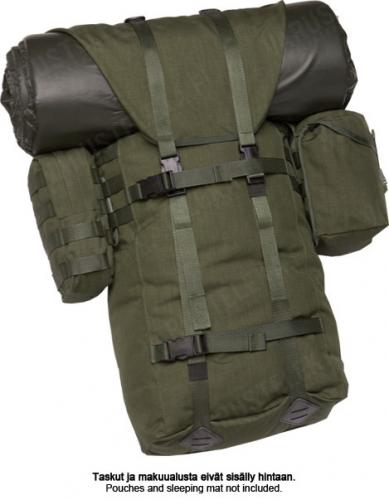 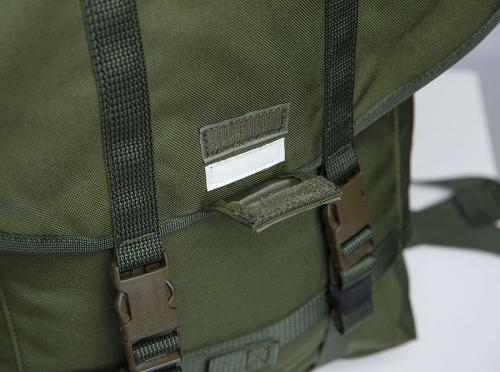 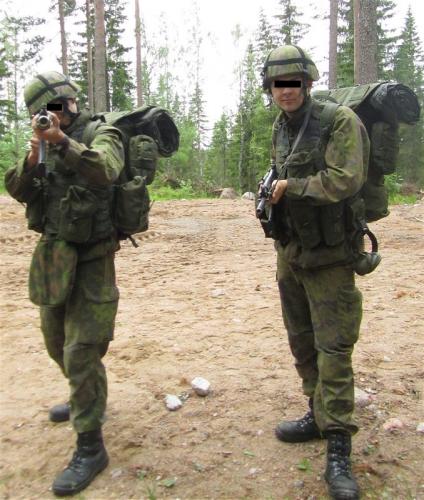 The modern Finnish army backpack is the most succesful laymans-pack yet issued by our military. Long gone are the formless "Sipulisäkki" (Onion sack) of WW2 vintage, or the cold war era M85 "Palloreppu" (Ball pack)! These new ones are virtually indestructible and simple as their predecessors, but as a new feature surprisingly nice to use and carry!

This product has used and returned variations. Used are washed and unbroken. Heavily used are also washed but might be missing buttons, have tears, main zipper can be broken etc.

The modern Finnish army backpack is the most succesful laymans-pack yet issued by our military. Long gone are the formless "Sipulisäkki" (Onion sack) of WW2 vintage, or the cold war era M85 "Palloreppu" (Ball pack)! These new ones are virtually indestructible and simple as their predecessors, but as a new feature surprisingly nice to use and carry!

First of this rucksack is "small" only compared to its bigger brother, with rough dimensions 55 x 35 x 20 cm the capacity is approx. 38 litres, and if overpacked it can take tons more!

The design is super simple: one single large compartment, easy and straightforward to pack. There is a sleeve against the back on the inside which houses a supporting stiffener, but can also be used for a hydration bladder or radio. The opening is secured by a drawstring and a snow lock extension. The large, long flap covers the opening completely, and has straps long enough to accommodate sleeping gear underneath. Two covered holes on the flap let you pass radio antennae or drinking tubes through.

On the outside you have PALS-webbing on the sides for attaching extra pouches. The backside has two quick-release straps for compression and extra kit. The shoulder straps are anatomically formed and together with the sternum strap and belt they make for a surprisingly comfortable carry experience.

Made of military grade cordura with PU-coating on the inside. The quality is excellent overall, as should be expected.

Simple and rugged but will not weight you down.
3