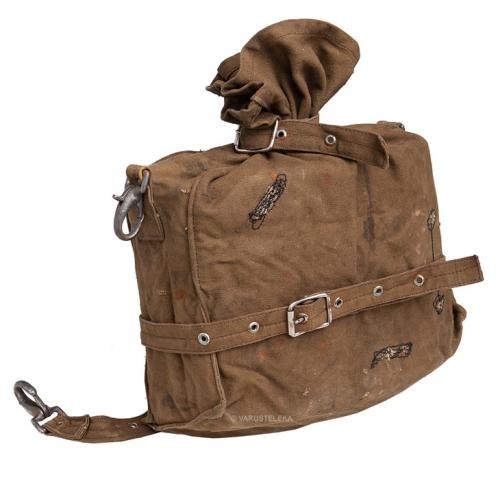 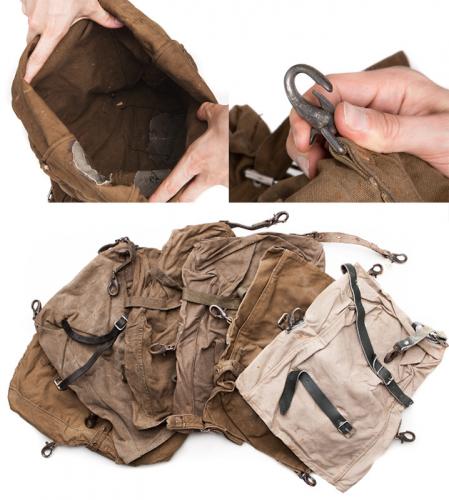 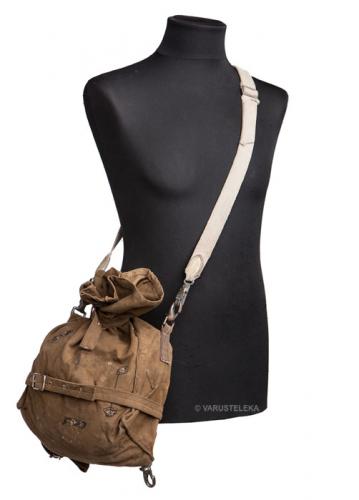 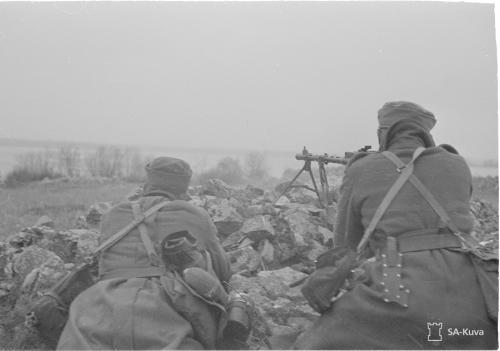 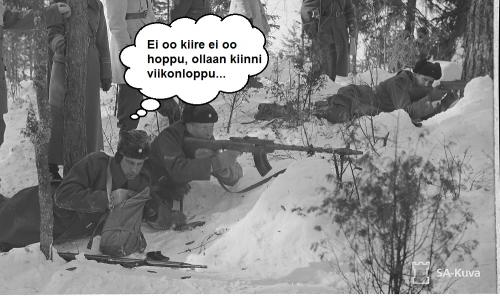 A Second World War-era Finnish relic for cheap! These Lahti-Saloranta machine gun ammo bags might not be the prettiest or the most functional bits of kit designed, in fact, they're horrible, but it's a piece of history nevertheless. In the last batch, these 200 pcs were found from the back of one of our suppliers' warehouses. After this lot these will not be available from us again, guaranteed, pinky swears, etc. GET. 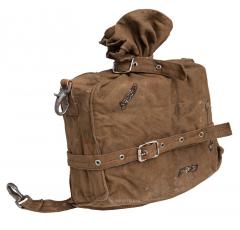 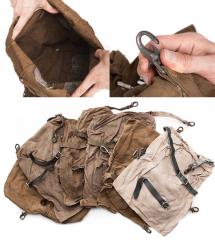 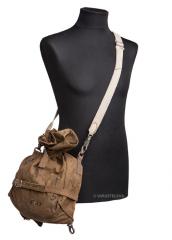 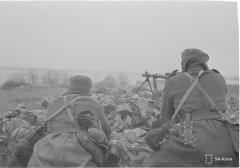 A Second World War-era Finnish relic for cheap! These Lahti-Saloranta machine gun ammo bags might not be the prettiest or the most functional bits of kit designed, in fact, they're horrible, but it's a piece of history nevertheless. In the last batch, these 200 pcs were found from the back of one of our suppliers' warehouses. After this lot these will not be available from us again, guaranteed, pinky swears, etc. GET.

Attention! The pictured carrying sling is not included!

One special trait of the Finnish army in WW2 was to design field gear in a manner quite unsuitable for field use. The results were often also somehow stupidly complicated, this LS-26 magazine pouch is a prime example: the designers must have been high on Pervitin and whoever gave the final approval for the mass issue was probably shit-faced on moonshine. Anyhow, this is quite a funky looking little sack of a bag, totally retro, vintage, and definitely, Winter or Continuation War issue stuff, so it is a proper war relic too.

If our men armed with the Suomi SMG thought they had things worse, not being issued with any sort of pouch at all to carry their drum mags and thus having to tie them with string to hang from the belt, neither did the Lahti-Saloranta machine gunners have it easy. On top of their unreliable piece of shit guns, they also had to carry around tons of mags in these sacks. The Finnish army simply could not come up with anything better to carry magazines in, which is both sad and ludicrous.

Well, let's try to be objective about this:

Honestly, a mag change from this contraption must have been one of the most traumatic experiences for Finnish Lahti-Saloranta men in the wars. Just look at the last photo, what hi-speed-lo-drag action that is! The humorous Finnish army conscripts rhyme "No hurry, no hurry, we're here over the weekend" has been digitally added to lessen the tragedy.

Oh well, on the other hand, the Finnish army still doesn't issue PKM gunners with any means of carrying their belt boxes, the spirit of the Winter War is strong with us!

Well surprise surprise there are all heavily used, still, all pieces are pretty much there and the sacks work as they should. Materials and details vary a bit, WW2 Finland was not a country where you could just pick any nice canvas and leather straps and never worry about the raw materials running out over time. Buy a bunch while these are cheap.