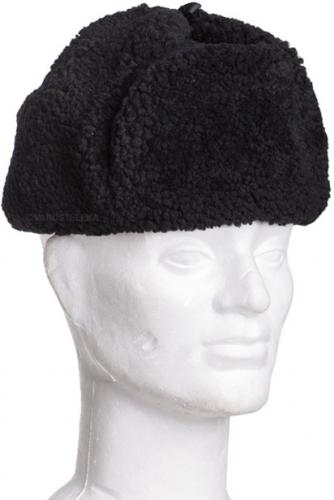 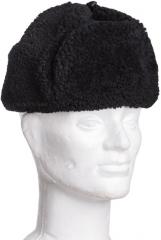 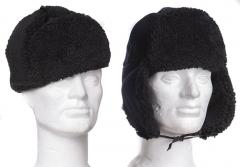 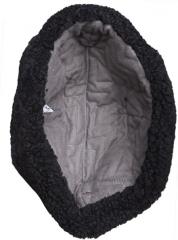 In the merry year of 1939, the Finnish army came out with a fur hat good and proper. What's even more, it did not look like it came from Soviet Union, but it looked spectacularly Finnish. This hat model was so good that it was retired from active service in the early 2000's. The successor? Same but camouflaged. These are dark blue, almost black navy issue hats.

The affectionate name for these in the army is elphant pussy. However, worry not, real elephants have not been used to make these for decades - instead these are made of high quality wool, cotton and fake fur.

No cockade included unfortunately, those have probably been picked out one by one by some poor blanket stacker and stored away. All the hats we have are manufactured from the 70's to 90's - a couple even had 1999 printed on the tags!

Used, but in serviceable condition.

Fantastic product. Really great quality, especially for the price. My hat measured a little small, particularly when worn with the side flaps down, so if in doubt, maybe order the next size up.
7

Really nice product for the price! Very warm, good materials, and a classic look -what's not to like?

However: The sizes are quite small. Order a size up - perhaps even two. My 6-year-old boy wears a size 55 of these hats...
3