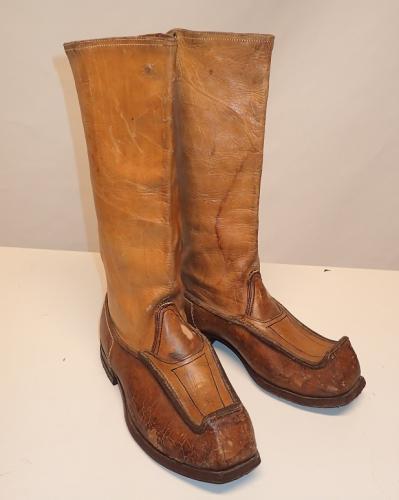 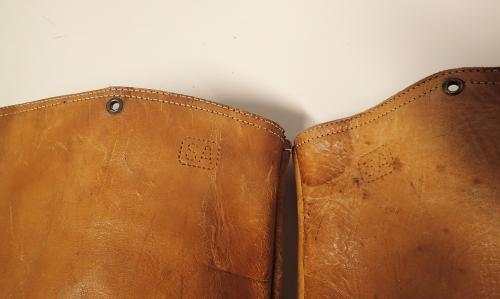 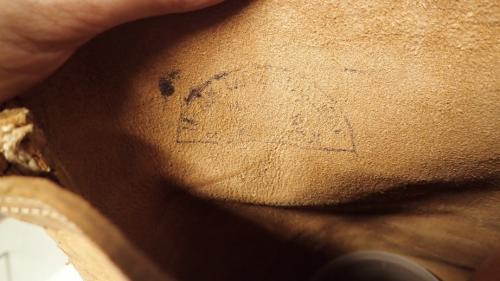 Original WW2 Finnish Army marked Lapp boots. During the war years, boots were naturally in great demand, so the army contracted every shoemaker to crank out boots. The very traditional model, with "SA" property stamps in the shafts. Very rare item. 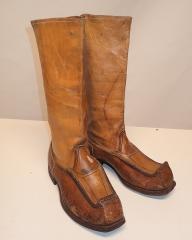 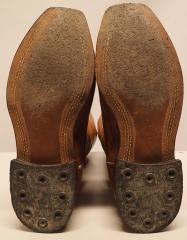 Original WW2 Finnish Army marked Lapp boots. During the war years, boots were naturally in great demand, so the army contracted every shoemaker to crank out boots. The very traditional model, with "SA" property stamps in the shafts. Very rare item.

Visually these are in beautiful condition, hardly used. However, the leather of the foot part is pretty hard, has small cracks, and will not probably react well to bending. But to quote Indy, these belong to a museum! Marked size 47, which feels more like 45.

On the shafts you'll find punctured SA markings and on the inside the nearly illegible manufacturer's stamp. These do look much like the Lapp boots made by a company called Töysän kenkätehdas and they have been in the business for a looong time, so who knows, maybe these are their older production.