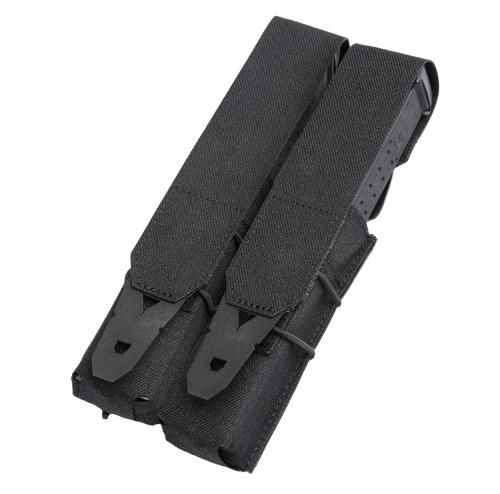 The flaps attach behind the pouch with G-hooks to the same pieces of straps that are used to weave the pouch onto PALS webbing. 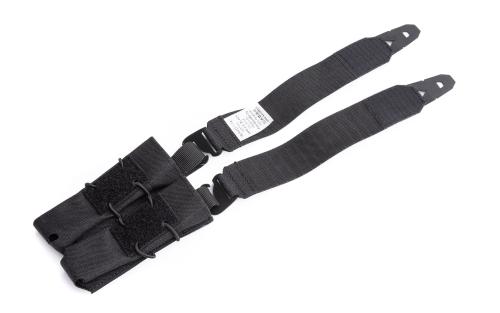 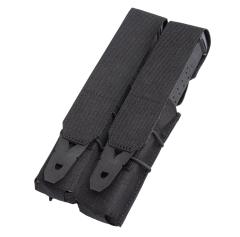 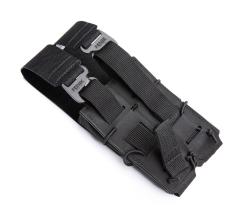 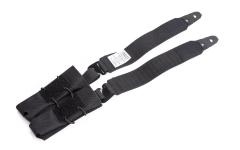 Submachine guns were all the rage in special forces and police tactical units in the '80s and remained well represented in action movies through the '90s while real-world units started to shift towards intermediate caliber carbines.

Pistol-caliber carbines can still be used effectively in special applications so it's only reasonable to make current-spec magazine pouches for them. The people working with these tools don't care much about period-correct gear but rather want to get the job done. From this perspective, this magazine pouch makes a lot of sense.

Made for two MP5 magazines and suitable for many others including the 31-round Glock magazine with a factory +2 baseplate. The mouth and body have hidden polymer stiffeners to retain the shape and make the pouches easy to use.

Anything else that might fit? Pretty much any roundish object such as the grip of a screwdriver or a small tripod you might use for smartphone camera work. The diameter should be 33 mm (1.3") or smaller. The depth of the pocket is 13 cm (~5") so anything you carry should be longer or it'll be difficult to fish out of the compartment.

Made for Fenix Protector by Savotta

Made in the EU from top-quality materials and workmanship. Savotta is a highly trusted manufacturer in the industry and manufactures issued gear for the FDF and special combat gear for us as well.