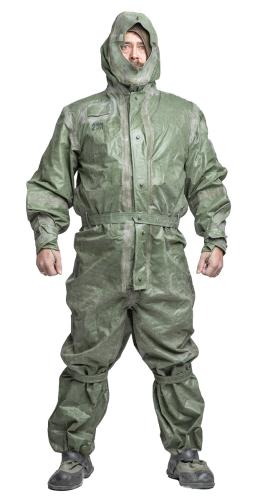 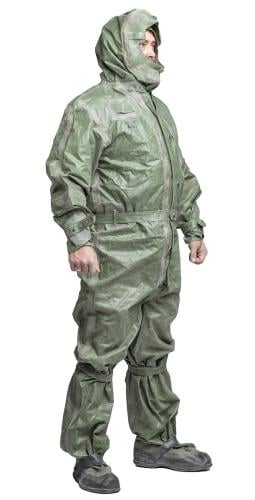 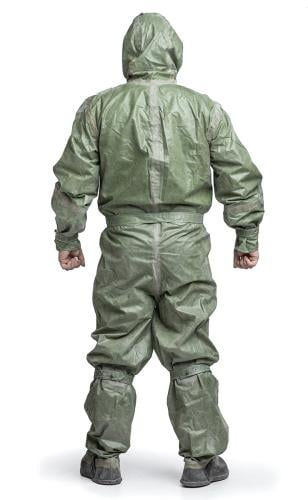 He is looking eastward. 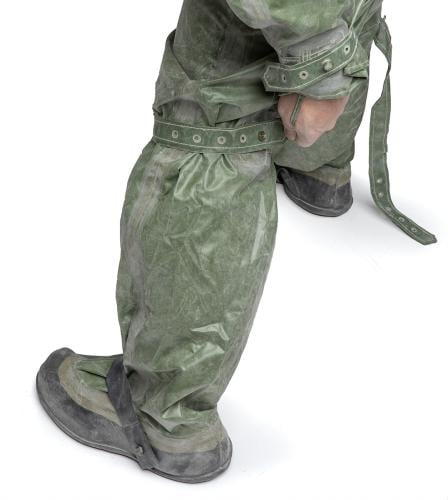 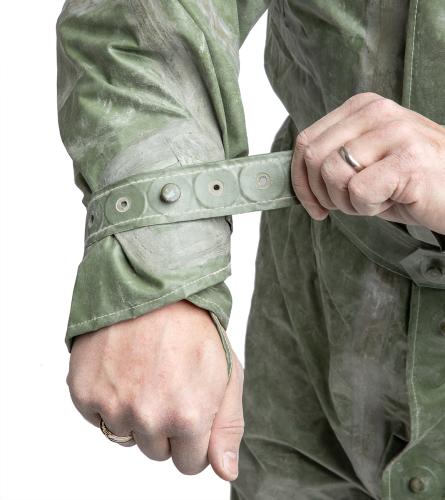 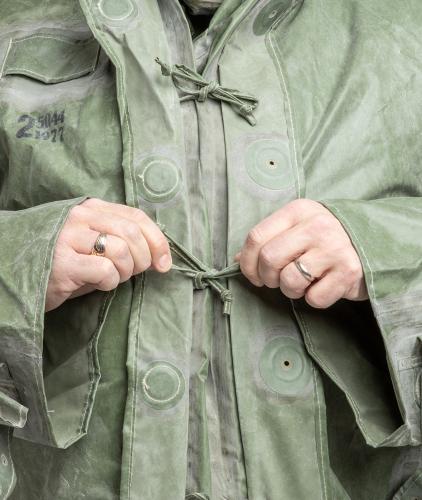 Coverall has cords and buttons. 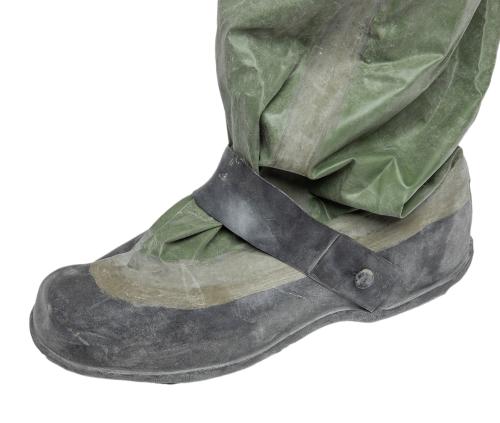 A shoe fits inside here. 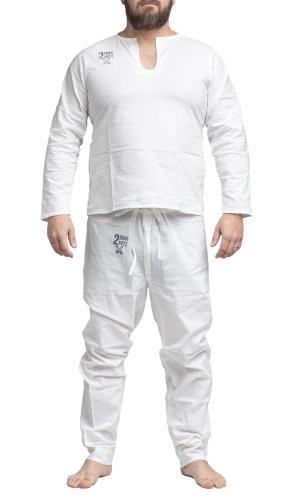 A nice base layer suit included. 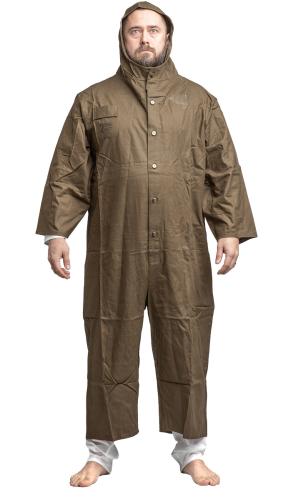 You can put this on solo, but you might need help getting out of it. 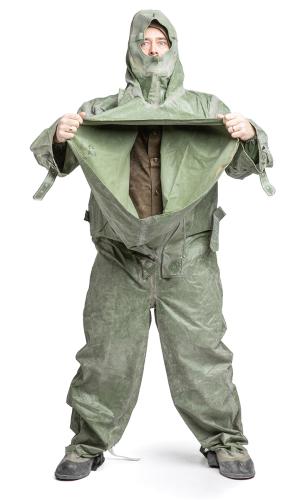 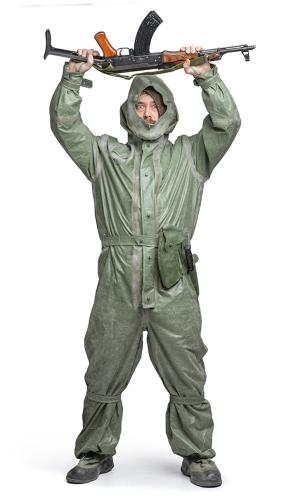 Includes a mag pouch and a bayonet sheath. 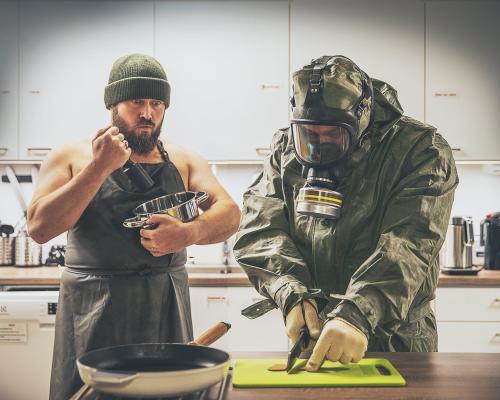 The first thought crossing your mind when you open this satchel should be “keep away from children”. This set includes a bunch of plastic bags, which contain something even more dangerous – proper Eastern Bloc gear to really perfect your rubber suit experience. One-off lot! 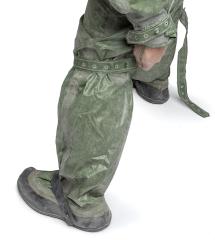 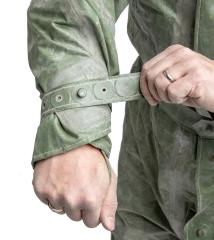 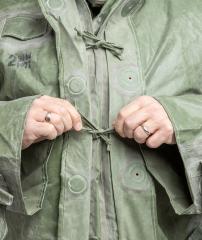 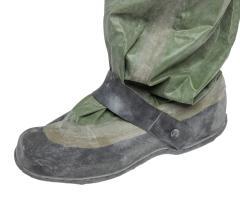 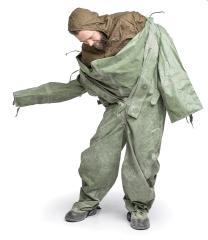 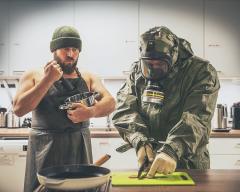 The first thought crossing your mind when you open this satchel should be “keep away from children”. This set includes a bunch of plastic bags, which contain something even more dangerous – proper Eastern Bloc gear to really perfect your rubber suit experience. One-off lot!

This green coverall is donned by entering it through the front of the torso, via a tubular thing resembling some sort of sci-fi movie queen monster’s birthing canal. This happens after you have put on a hooded, brown mid layer coverall, model “Tarkovsky”. And this happens after you have put on a white base layer two-part cotton suit. The coverall leaves your face and hands bare; they are to be covered with rubber gloves and a gas mask. This set includes a few pairs of said gloves, but they are not in operable condition.

A smart customer already has an idea of the protection level of this old and obsolete coverall when used in situations where actual protection is needed – but let’s say this anyway: This coverall was manufactured during the same time the Chernobyl nuclear power plant was, and according to the same standards and values.

The coverall is rubber, and the mid layer coverall is probably cotton or a blend. The white base layer suit seems to be cotton, too. The rubber gloves are something that has not endured the test of time and the collapse of the Eastern Bloc.

This coverall set is unused surplus from a country that is no more.

Roberto S. 12.12.2022
I was sure these were going to last like a snowflake in hell. I think I managed to secure the very first one. The suit is meant to be used, for those interested, with the M10 gas mask, an US M17 clone readily available on the surplus market, with or without drinking tube (it doesn't really make a difference). The sheath holds the VZ-58 bayonet. A great Varusteleka find - get ready for the restock!
3

Report abuse
Albert M. 02.01.2023
The suits come well packaged in a shoulder bag with some of the goodies still being in plastic and nearly untouched ink stamps! Seems to stamped from '77 and is in fantastic condition.
Of course, there is a SMELL that is carried on the suit. Plan to hose this thing down with some water and baking soda to help get it off, but it at least sticks to the suit and doesnt bother the canvas bag nor the goodies that came in the bag.
Putting the suit on really is like trying to fit yourself into a straight jacket.
Liners were meant for someone that's about 5'4"ish, but its free clothing to help alleviate sweating your ass off and something to sacrifice to THE SMELL.
Like the comment said from Roberto, the integrated hood might not seal well with other masks, but then again, why are you using this in a CBRN environment?