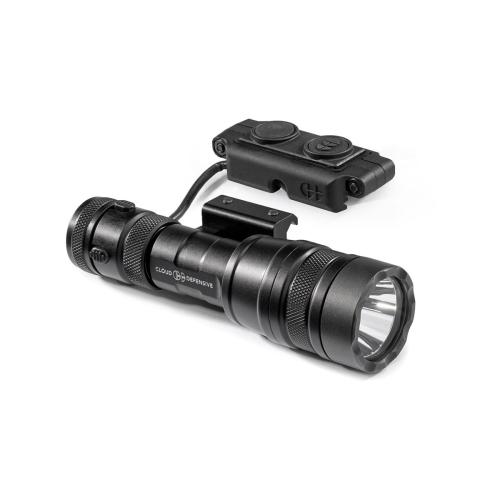 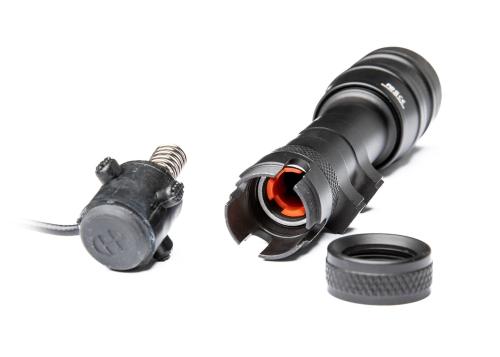 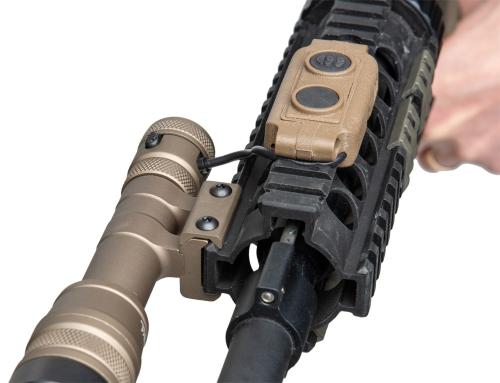 The cable can be routed where you want and the excess length is tucked neatly away. (Full-size REIN pictured.) 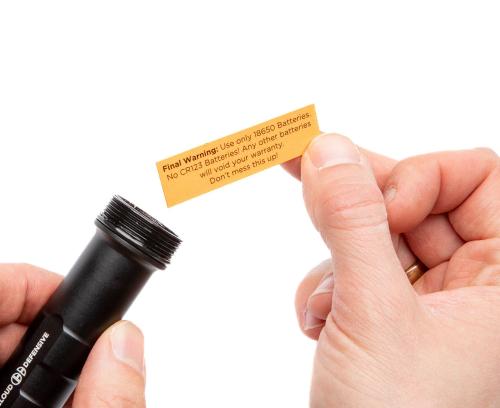 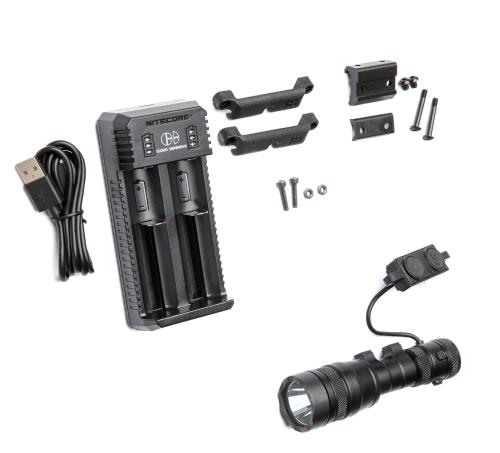 The Cloud Defensive REIN Micro is the smaller version of the REIN. It's a rail-mounted weaponlight that puts an incredible amount of light actually on the target and has a kind of pressure switch we haven't seen before. The REIN Micro manages cables like no other. Reading on might create expensive desires. You have been warned. 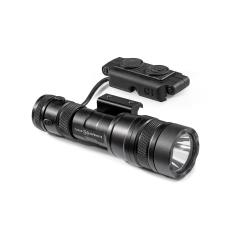 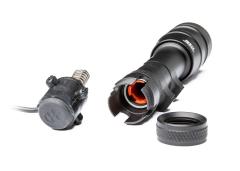 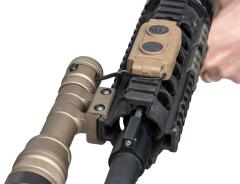 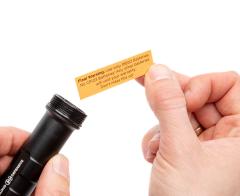 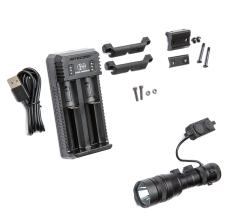 The Cloud Defensive REIN Micro is the smaller version of the REIN. It's a rail-mounted weaponlight that puts an incredible amount of light actually on the target and has a kind of pressure switch we haven't seen before. The REIN Micro manages cables like no other. Reading on might create expensive desires. You have been warned.

* Do not use anything else than 18350 batteries in this light. Adjustable for oversized (long) batteries.

The Cloud Defensive REIN Micro has some really well-thought-out features that set it apart from many other choices you might have in mind. It has a Battery Jack to adjust a secure fit for various lengths of 18350 batteries, Scout mount compatibility (Picatinny mount included), and plenty of other things to make your life and fight easier:

The Pressure Switch and Cable

You know how the remote switch cable usually exits from the rear of the light and the end of the switch? It requires you to tie things down and it's still a fuss. The REIN Micro fixes both issues with the Light Control System.

The cable exits from the bottom of the remote pressure switch into a Picatinny slot and can be routed straight to either side or inside the switch mount to any of the four corners. From any of the corners, the cable can be routed once more through a Picatinny slot (under the mounting screw tab) to the opposite side. To put it short, this allows you to mount the switch either way forward, have your cable exit where you prefer, and minimize excess cable length.

At the tailcap, the cable exits from the side and can be oriented to any direction by choosing one of the four slots and fine-tuning by turning the tailcap. This kills two birds with one stone: the cable runs out of the way and you get to have a traditional tailcap switch as well. The remote switch and tailcap switch are electronically separated so if either fails, the other still works.

The tailcap and logo button are traditional: momentary illumination with a slight press and constant-on with a press to the click. The plain button on the remote switch is momentary only. A strobe function is not included, find another light to use at rave parties.

Cloud Defensive lights are designed for rifles and carbines so the beam is narrow and puts more light on the target. This greatly extends the beam length and usable range of the light for the same lumens:

The lumen (lm) is the unit of luminous flux and indicates the total output of visible light by the flashlight. Lumens are practically comparable between lights only when the beam pattern is the same. We never compare a lantern with a 360-degree throw to a laser pointer so the amount of lumens usually gives a pretty good idea of what to expect but not always.

The candela (cd) represents the number of lumens per one solid angle. The principle is quite simple: When the light beam is projected at a smaller angle, the light covers a smaller area so it's brighter and the beam length is extended. For the maximum amount of light on the target, look for lots of lumens with a narrow beam, or just a lot of candelas. This is what Cloud Defensive has done with the REIN Micro: concentrate the beam to get light on the target rather than around it.

The level of abuse directed at these lights in the tests is brutal. It's probably more shockproof and waterproof than any other battery-operated piece of equipment you have.

The bezel ring is made of tool steel and comes off by hand to replace the lens - which is stupid thick and unlikely to break.

The switch system allows tucking the cable out of the way to prevent causes of damage reaching it in the first place but it's also overbuilt to withstand hits and tugs that do get to it. And it can be replaced.

Tools necessary for mounting (not included):

The maximum light output is achieved with an unprotected battery and it provides the shortest runtime. Batteries with a protection circuit provide a slightly lower output and the longest runtime.

Made by Cloud Defensive

Cloud Defensive is a newcomer to the professional weaponlight market. To us, it looks like they aimed to start at the top and improve from there. They say the company started at a dining room table and had 63 followers on Instagram. (We think it was probably friends and family.) If you are serious about tools you must be able to rely on in the most hostile situations possible, Cloud Defensive is a solid choice for sure.