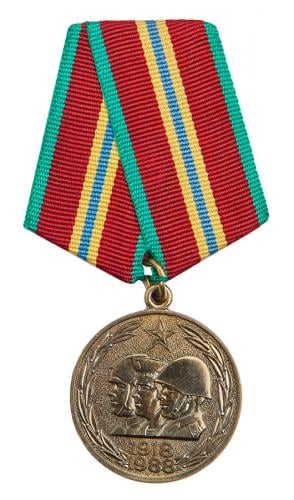 This ambiguously named award was probably more like an "everyone gets one" style medal, you basically just had to be an officer, veteran or you just already had some kind of an award before. Anyway, less than 70 years of Soviet armed forces would have been enough too, thank you.

2.99 USD
Might be of interest. Temporarily out of stock.