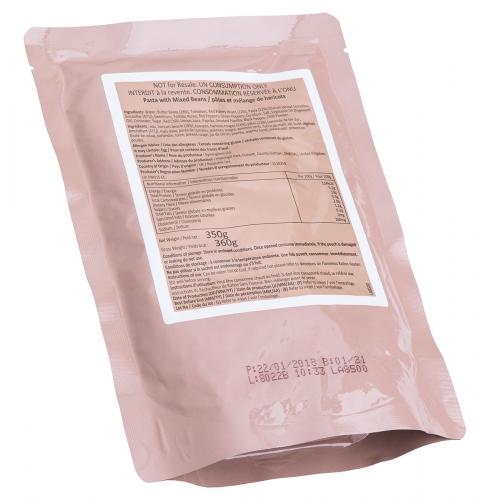 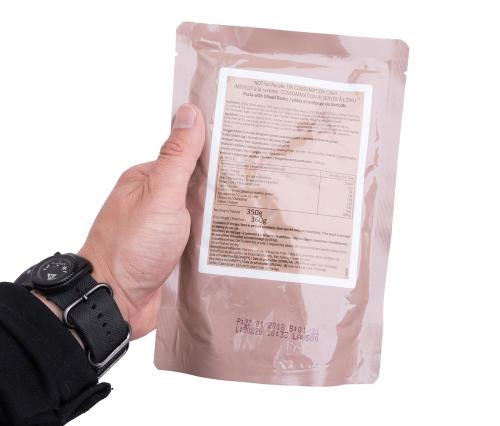 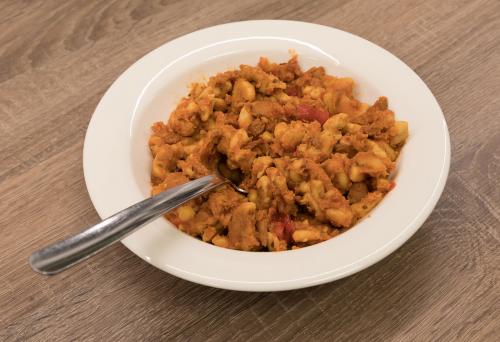 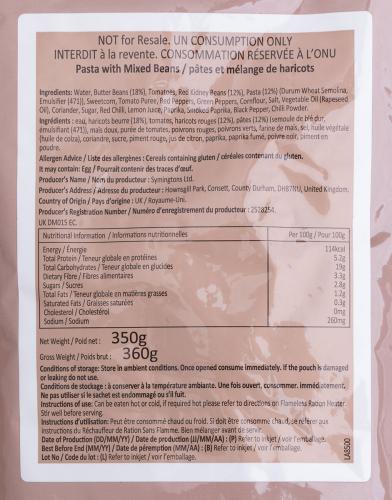 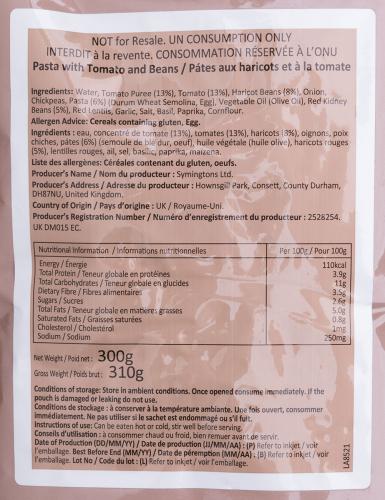 Pasta with Tomato and Beans 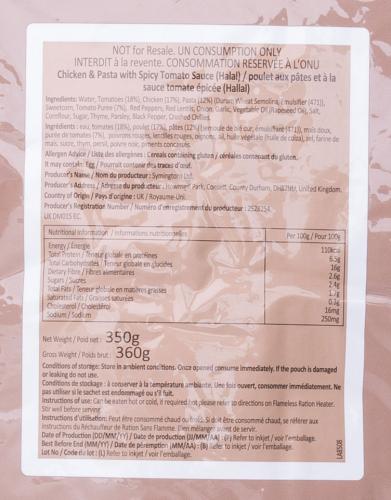 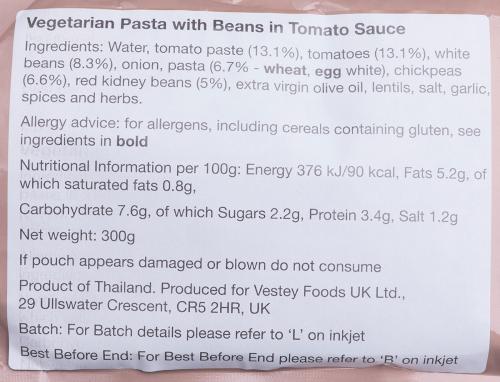 Gourmet delicacies of the British field kitchen packed in handy airtight bags! In theory, these work very well in hiking use, too. However, we can't sell them for actual consumption. Not only because they are British but also because of their army surplus nature and because their best before dates are due. 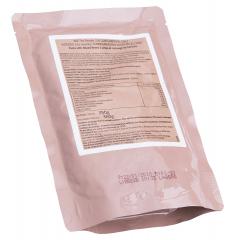 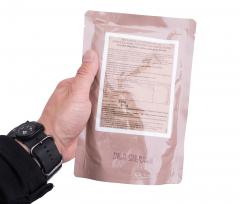 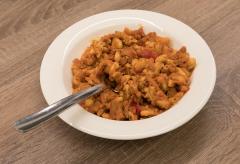 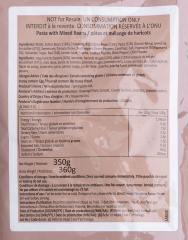 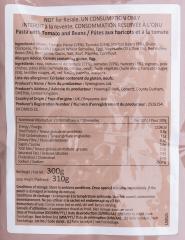 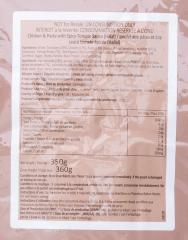 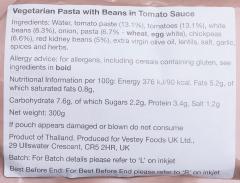 Gourmet delicacies of the British field kitchen packed in handy airtight bags! In theory, these work very well in hiking use, too. However, we can't sell them for actual consumption. Not only because they are British but also because of their army surplus nature and because their best before dates are due.

Clearance sale for collectors! At the time of writing we still have a plethora of these delicacies waiting for their new loving homes. We wouldn't want to stare at them for another five years, so these must go. The best before dates have been reached, but in reality these are still edible for years to come (yes, we have tried), but we can't sell them as actual foodstuff for human consumption.

Even though these are British, you won’t find steak & kidney pie or Yorkshire pudding here. Instead, we’ve got beans with pasta, pasta with beans, and beans alongside pasta, as well as chicken pasta that for some odd reason doesn’t have any beans. Luckily it at least has lentils. So, there are both vegetarian and non-vegetarian options. Just like other MREs, these can be heated in the bag with an FRH, if you have one, or using old fashioned hot water... or after pouring the portion on a plate, microwave.

The best before dates have expired, but in reality, these nuclear war-proof rations will be good to go for many years. So, if the society collapses, food runs out, and laws are no more, these can be quite valuable.

Unopened, unused, and in reality well edible, but NOT sold for any actual use due to their surplus nature. Sold only as a collectible.

Tried a couple of each. I would say they are slightly better than American MRE entrees. The best one was the Chicken and Paste, Spicy Tomato Sauce. The ones with beans have a lot of beans in them. They're more like beans and pasta than pasta with beans XD.
They are also more compact than American MREs so they're great for packing one or two in your bag for a back up meal. Don't forget to pack a spoon as well :)
4

If you lika the pasta you will lika this.
7

Had the chicken one , eaten like you are supposed to .... cold and in the field :) ..... taste was actually quite good and price is on point with every other one on the market so i would reccomend it
5

>"Not for Resale"
>Resells them anyways
I love you guys
17